Z probe function was working then it started
When i do a probe it works fine but when move xyz axes to remove touch plate and go back to zero the x,y are correct the z try to go through the spoil board

Some more detail would help.
Are you using only Easel for design and control?
After probe why do you move Z to set x and y?
Have you made any changes to software version or GRBL settings?

I have not made any changes to software

I think you have to tell UGS what the thickness of your contact is so it subtracts the correct amount.

Somewhere, there is a UniversalGcodeSender.json file. Delete it. Open UGS again. On my Windows machine, it was under Users/me/.ugs

Nothing worked I give up

Can you get a screenshot of your probe settings? 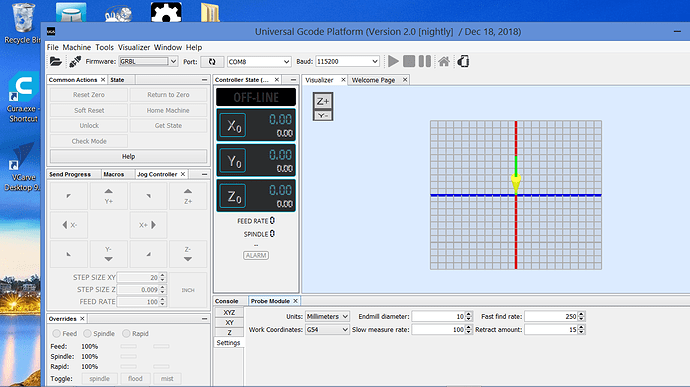 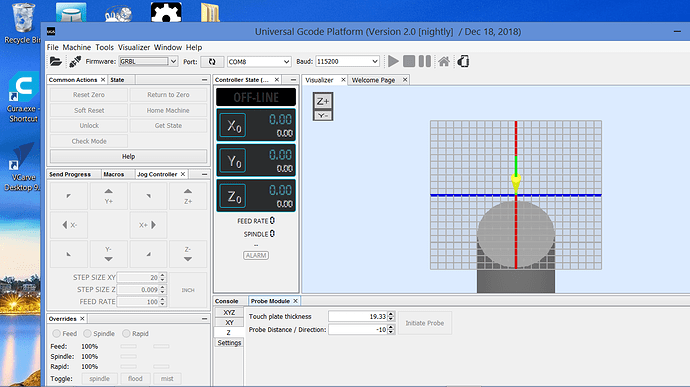 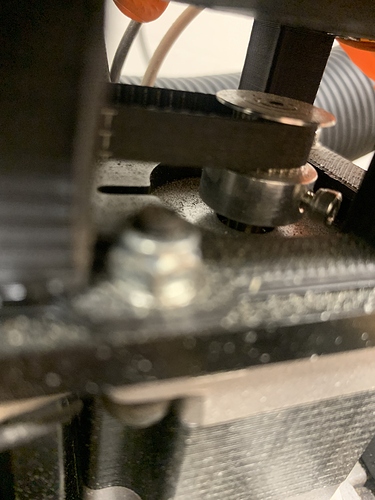 image3024×4032 2.82 MB
I had similar problems with my z axis driving into the wood after leveling it… my problem was the set screw had come loose on the z pulley and so it was slipping when it had a load on it but not when it was z probing… check those set screws… I ended up removing them and put longer machine screws in the so they would bite into the z axis better…