Treatment of SVG layers during import

I am using free Easel (not Pro.) I have created an SVG with Inkscape which has two paths on one layer and one path on the other layer. Each layer is a different color. When I import the SVG I get one work piece with all paths the same color.
I was expecting some way to differentiate between the layers, such as two work pieces, one for each layer. Or at worst each layers’ paths to retain their color so I can separate them by hand.

Is this because I don’t have Pro? Or am I doing something wrong?

I know I could do a batch export from Inkscape separated by layers and import them to different work pieces as a work around, but was expecting some better control of the Easel import process.

Hi Vincent, can you share the easel project? I ask because when I import my Inkscape designs into Easel they are separate pieces and I can select separately and assign depths or cut types independent of each piece. In other words I don’t have the issue you’re explaining. 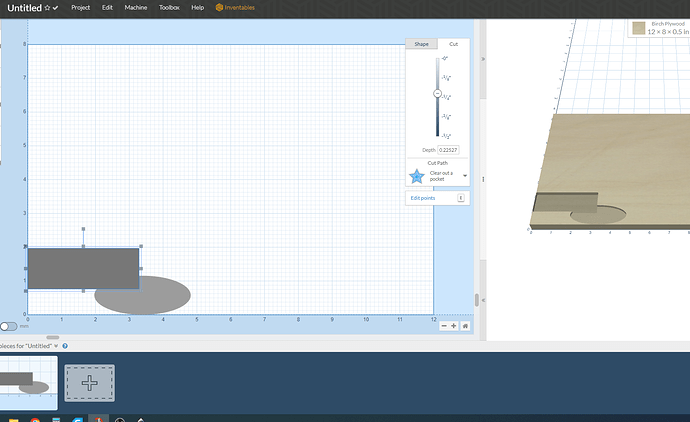 To Share the Project in Easel Go to Project>Share
Then set it to “unlisted” and copy that link, then paste the link over here.
Thanks!

Hi Seth,
So, yes, each path can have different bits and depths (as you can see in my example project.) But what I am after is a design where I group the paths into layers, and then treat the layers as different work pieces. 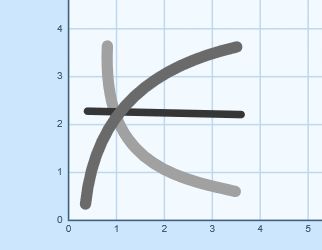 But what I am after is a design where I group the paths into layers, and then treat the layers as different work pieces.

you can combine separate elements to make selection easier as a “group” kinda. . . OR you’d have to use the workpieces in order to have additional of what bit is used in what areas. . .

As far as this function is concerned, there is no additional functionality with Pro than Free.
These are the only differences between Pro and Free Easel. . . 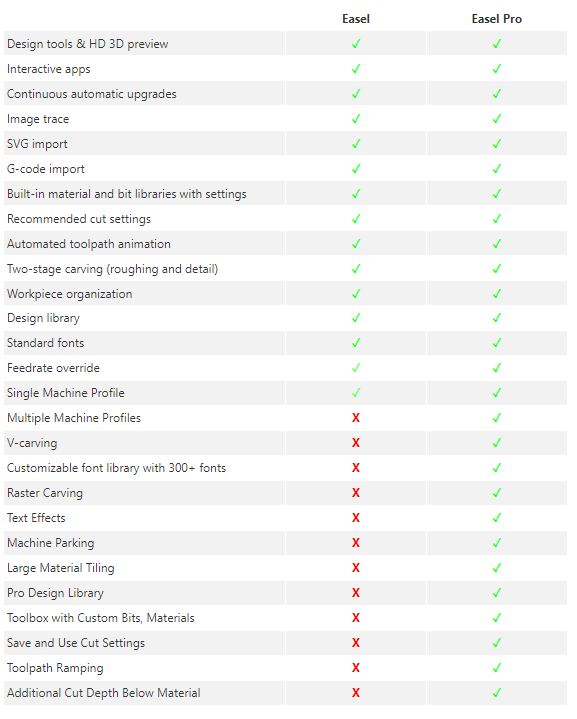