I’ve been noticing that the troubleshooting process is functional but has room for improvement. Sometimes it’s an issue we have seen before and sometimes it’s a tricky issue that is hard to pin down.

When you are the person experiencing the problem it’s FRUSTRATING and often times the knowledge of how to fix it is out there on the forum and people jump in the help.

Does anyone have ideas for how we could make it better?

We are focusing internally more on testing. We are going to be hiring more staff in that department.

I would like to focus this brainstorm on the process of helping people work through through issues. Even with a Mac or iPhone they have the Genius Bar. With a physical device and computers something will always happen.

So how can we improve the process?

@Zach_Kaplan
Having worked as a teacher in the past I found it very frustrating to work with a diverse group of students since not all of them will learn or comprehend at the same level. I forced myself to think like the less experienced so that those who are less capable can understand what I was trying to convey.

That said, it may be better to look at the product in the same way. Not everyone who buys an X-carve will know everything there is to know right from the start. You will always have the person who is not mechanically inclined who thinks it would be cool to have a CNC router but will be totally lost when they have to assemble it themselves and learn new techniques along the way.

Help for those who need it can be supplied in many ways, explicit step by step instructions would help tremendously and the open forum for updating the instructions is a good start. Peer support is also a good idea, many here on the forums attempt to help either through their own experiences or their knowledge but a FAQ of common issues would also help.

I buy lots of my R/C products from a company called Horizon Hobbies and on their web site they have a popup for customer service. 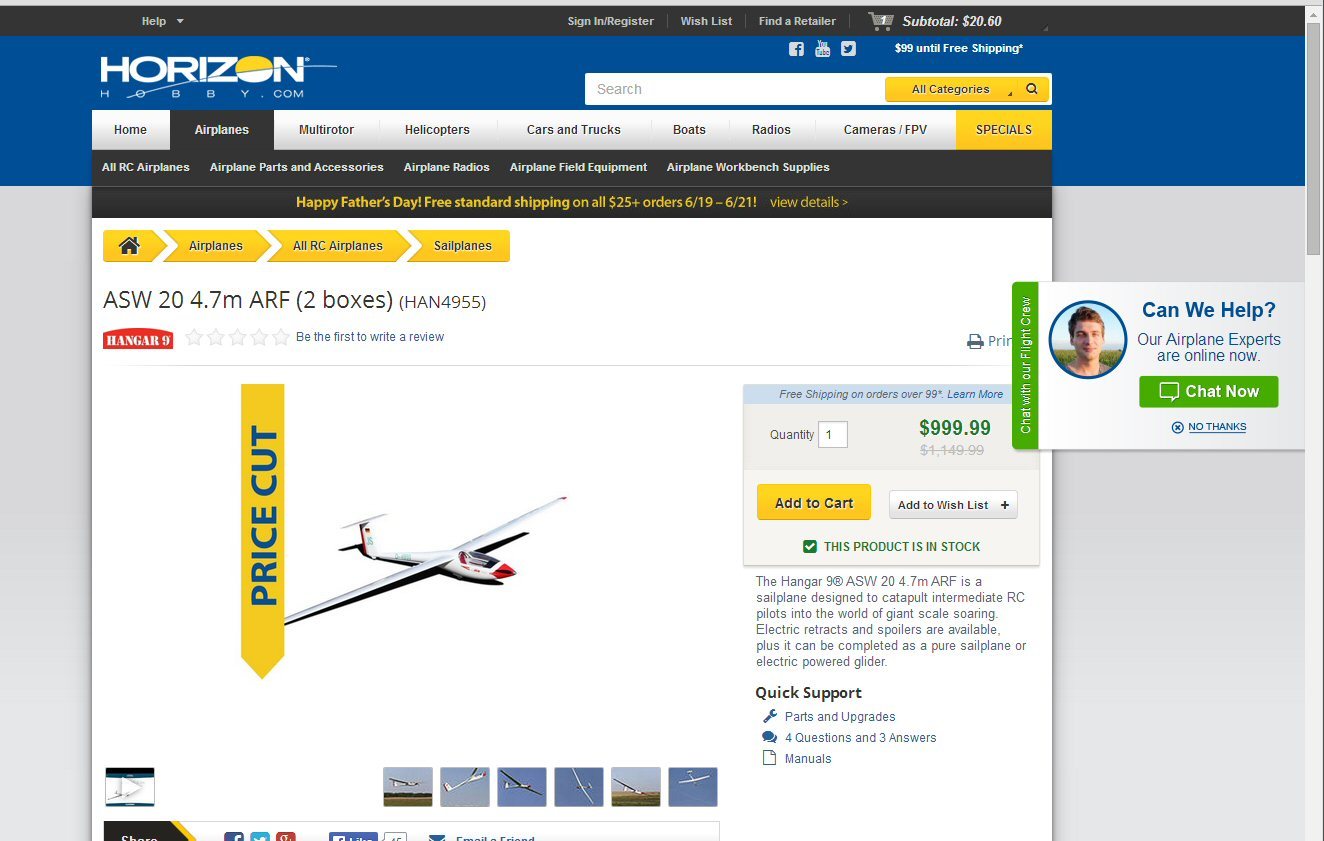 When I built mine I noticed that it looked like the build model was either a prototype or an iteration behind so not everything looked the same. Also in the instructions there are still a lot of assumptions left or expected knowledge. I would suggest that the build docs be given to someone in your office who has never built one before and use that as a testing ground for the instructions.

Thanks! @paulkinlaw we had 10 built before we launched and 3 of them were built by people who had never built one before.

Seems like to really nail it we need a lot more people who have never built one be part of the process.

@AntonioNunez that’s an interesting idea to have people from all over the world help answer questions immediately.

Is there anyone on the forum that would be interested in working for Inventables part time to help out?

I would like to. It would be very cool.

Just from reading this forum, it looks like the majority of the problems reported fall under the “unable to connect” heading. It should be possible to write a program that can look for the the Ardunio port and diagnose the connection issue. Once the program is able to connect it could walk the machine and user through a simple motion test.

This would help diagnose and fix the other major source of problems. The Grbl not being configured correctly.

Yeah, it seems like you could go through some of the [Solved] problems people have had, split them up into rough categories (can’t connect / odd behavior while cutting / …), and come up with some sort of troubleshooting flowchart.

Maybe breaking out the first part of the Easel setup and having that in a troubleshooting section with some additional steps (make sure nothing else is running) might help people diagnose connectivity issues.

Is there anyone on the forum that would be interested in working for Inventables part time to help out?

I can take some steps, in terms of Grbl to help you Zach. For instance, I noticed that when you have a user having issues with G54-59 work coordinate offsets, you have to give them a long string of g-code commands to get them set straight. I just introduced a set of EEPROM restore commands that brings it back to factory defaults, wipes the work coordinate parameters, or just the settings. See my Grbl wiki for how they work. (Worked with Bart today to iron this out). This should help a LOT with users having random problems.

Another suggestion would be to pre-set the current levels on all of the Grbl shields you send out, if you don’t already. Or, place marks on the current limiting pots to show the approximate place they should have it. I often see issues stemming from that. The correct way would be to have users to measure the voltage coming out the current limiting pots to the correct spec for their particular stepper’s winding voltage, but not everyone has a volt-meter, feels comfortable doing it, or knows how to compute what the voltage reading should be.

After I get through the problem Im going through right now, I might be able to work for you part time. HAha I just dont know if I have the experience you are looking for!! But I have had a lot of hands on experience! It would be awesome though!

@SungeunJeon that’s awesome. Is it something users can test right now in UGS or do they need to upgrade GRBL to a new version?

Part of my job is to write documentation (“How To Guides”) for systems that are on the more “complex” side. I have to write the documentation for any user level. I never know who is going to be connecting to the systems to do work.

One of the biggest complains i was getting when i would provide a new guide is “How do i get from Step 1 to Step 2”. Minus basic skills the end user’s knowledge base can never be assumed, and that goes for the troubleshooting also.

As @PeterJames talked about i think having a documented troubleshooting section would be a great help. For example I just finished resolving a problem were my Z axis would only go up. In the troubleshooting process for that issue there was a troubleshooting process / workflow that could be easily defined. Within the workflow one of the things i would recommend having is what object A should look like when it is work correctly working and having what object A looks like when there may be a problem. Example: The images of the gShield not correctly seated / correctly seated on the Arduino Uno.

I would be happy to work on documentation or work to populate a troubleshooting section.

I would like to work for inventables part time, this is my first cnc but I have learned much from this forum and countless hours of research. And im still learning, but would love to be part of the inventables team

Zach, I would love to help in any way I can! I have a background in computers (that’s what I taught) and was a former MCSE certified tech (back in the good old days of XP)

Being currently unemployed I would be available most anytime. I do have a couple of additional suggestions going forward;
First when customers purchase an X-Carve or the upcoming Carvey the welcoming e-mail should also include a reference to searches and how they can be done in the forum.
A more obvious search feature such as a dialogue box where they can enter an initial search, personally I never even noticed the magnifying glass icon until I started writing this response (just me, most people would probably notice it).

More visual instructions would be good also, I have always been a visual learner and can figure most things out from pictures and diagrams. @PaulKinlaw had a great suggestion, have someone unfamiliar with the product build one, but adding to that have someone else take pictures of the process and use them to update the instructions online. The videos are good but I often found myself going back because I thought I missed something. I understand that in the modern world people are relying more and more on electronic information but a printable instruction manual would be a benefit, especially those folks out there who have not quite embraced the digital age.

Sorry for being long winded, I could probably keep writing for quite a while but this should cover me for now

Thanks AntonioNumez. I also have a background in IT, almost 20 years worth. My Day job allows me to work from home most of the time so i would be able to assist most anytime. I would be glad to help out and i think it would be really fun. Just let me know what you need form me Zach

The new EEPROM restore feature just went live earlier today. So yes. Users will need to flash this new version. Keep in mind that people will need to set the defaults for their particular machine before compiling. Otherwise the restore setting will restore Grbl’s generic defaults instead.

As a side note, I’ve always loved iFixit’s style of documentation. Super easy and straightforward. I recently bought a printrbot and they had the same style. Assembly went very smoothly due to the good pics.

Hi! Zach
I bought x-carve 1000 even though I am not a great technical person in fact I am a doctor and just like playing with CNC as a hobby. It took some time to get going but the instructions are good and the videos are excellent. No one has time to go through the videos before starting the project even if they do they would have forgotten the steps. The best way is have some time and start the video and pause as you build the machine. The text explanation is good but would be better to print as a manual so that it can be referred as and when necessary. Finally the forum is good you do get your answers for most of the problems, one has to do some research.
Over all this is a good experience and people with very little knowledge can still build this machine. Keep up the good work.
Chandra