It would be nice to have the option to turn off the auto save of a project. Although in most cases it’s a handy feature under some circumstances it would be a nice addition.

Just for clarification here are my reasons.

Again I am not asking it be removed but rather be able to turn it off when required.

FYI - Sometimes a feature request is made for a specific reason, such as improving performance. We don’t always implement the exact feature requested, but take a wider view of what the user wants/needs and other ways that it might be addressed. We often make other changes to achieve the same goal. In cases where users wanted to improve the responsiveness of Easel by disabling autosave, in many cases the autosave was not the true cause of slowness being experienced. (The save happens in the background.) We made many other changes to improve the responsiveness of Easel while designing in Q4 of last year, in particular: improvements to the timeout of the automatic 3D preview generation, and performing 3D preview and tool path simulations on worker threads.

There are definitely other reasons users have asked for autosave that we haven’t addressed directly yet. We do appreciate the feedback and it does flow into our product development process.

Just wanted to note that sometimes the improvement doesn’t always come out in exactly the way it was requested, but that doesn’t mean we’re not working on it or listening.

There are definitely other reasons users have asked for autosave that we haven’t addressed directly yet.

We are quoting on a deal that does not allow for data storage outside of Canada , this is not unheard of and I ran up against this issue a few times when I was a software developer. So I should be able to load it in Easel , carve it and not save it. Thus data never leaves Canada

I deal with similar export related things at work all the time. This is solely my opinion based on my training for export restricted issues at my company.

Easel HAS to have the data sent to it even if it isn’t saved, it gets sent to the cloud to process and generate the toolpaths. That will involve sending data outside of your country and therefore technically violates an export restriction. Even though it’s not saved, it is transmitted which is a no-no.

Again, this is based on my training at my company for export controlled items in the US. It may be different but, if I was in your feet, I’d look into another way to generate toolpaths and send the Gcode for that one project. Easel will require sending the data no matter what and technically, that could be considered storage even if temporary.

Actually, Easel doesn’t use the cloud for tool path generation, so it turns out there is a way Steve and Debbie could accomplish this, but it would involve the following steps:

Inventables’ servers will never know about this project if these steps are followed.

Cool short of disconnecting from the internet (was hoping for no autosave) that was our plan.

Thanks Jeff this will work!

Actually our requests have far more to do with workflow.

I recently had a machine issue that took a bit for us to figure out. We were removing bits and pieces of the project as we went. Once we had it figured out went to undo but the internet was out and the autosave had removed the bits and pieces but now I can’t undo and have it autosave.

Yes our internet really is that bad…

The other thing is and maybe I just don’t know how but there is no shortcut key to undo which then takes forever if you need to undo multiple steps. Unless you could just reload the last saved image

Thanks ! Appreciate the insight.

Good to know. Personally I’d still steer clear only because I wouldn’t want the government (assuming it’s governmental authority) asking me to prove with a 10000% certainty that no data was sent over the internet especially across borders.

But my job makes me way more cautious than most.

Weird I am sure I had tried that before… oh well thanks!

The poster was asking about keyboard shortcuts. There are menu options for undo/redo under “Edit:”

That is definitely the safest approach!

A great way to help users learn the keyboard shortcut is to display it, right aligned, on the menu-item. 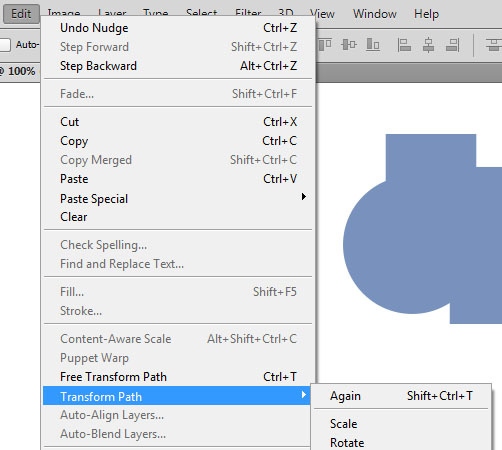