I have been cutting the same project for over a year now, probably made this 500 times. only recently I have been running into this issue. It only happens half the time. I am cutting numbers 1 to 6 and it does not happen on all numbers all the time, but all numbers sometimes. keep in mind I have a jig set up and the numbers are in the same spot for every cut, but for instance the 6 has the issue 1/2 the time. I have tried a new bit, checked and re checked all pulleys, all idlers. The weirdest part is the bit goes up and down on some of the numbers but not all of them, and yet it still seems to have an issue when the z axis stays at the same level for the entire cut. The cut involves 2 passes to cut out the entire number just for the width. only one depth pass. hope that enough info for some ideas at how I fix this issue. 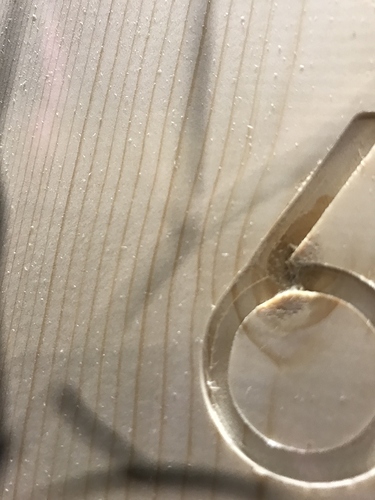 You’re sure you’re not losing steps?

Easel. I have never used usgs

okay, I will give that a try thanks