Hey Guys, I have never posted on here before, but just wanted to say that the new stiffer upgrade is awesome. I am looking at it and thinking of buying two more and doing the y axis as well and making new end plates to handle that. I use the machine professionally and have never upgraded any part of it over the stock set up with the X-Controller. I have had it 9 months and have just over 2000 hours on it. using the Dewalt 611, and have not even had to have that serviced yet. the other day was the first time I even had to tighten the belts and do the stepper motor calibration. Over 700mm on x and y it was only out by 1.2 mm average. all I can say is I am very impressed and am ordering another one just for metal. I use it to produce RC parts for my company, and to use it in aiding Turbine Jet builds ( bulk heads and such that are not up to my standards in some of these $10,000 kits). I cut G10, all plastics, and plywoods and aluminum. just thought I would come on the forum and be more active here. I do a ton of 3D printing and parts prototyping and hold patents on many RC concepts that I produce. I run 4 3d printers almost around the clock, wish they were as reliable as my X-Carve.

That was my first thought as well. Why not use it for all three rails. I’m even toying with the idea of a back plate and additional wheels on the inside track. Maybe an axl system with the wheels.

I’m drawing up the new front and back plates tonight after packaging up some parts I just made. and one of them will hold the new z axis touch plate I got too, now if I can just figure out where to calibrate that at… maybe machine set up? I was put on the beta testing for it, but can not seem to find where to mess with it, I have even upgraded to 2.7 Beta Easel

Sounds awesome. I’d be interested in seeing your results.

Hi Jordan I would be interested in your results also. I’ve also been very happy with my X-carve. No belt problems and no v wheel issues once I used loc-title.

I always cool the top of the router with air as it runs and also to keep junk out of there. My grandfather has a router that is almost as old as me, and he has only gone through one set of brushes on it and he is a professional cabinet maker. maybe just luck, I will say that it will probably need them soon. I was as surprised about it lasting this long too. But I passed the 150 hour mark within the first few weeks of owning the machine. The first week of owning it, it ran 51.5 hours.

So I just was lying in bed thinking about putting the new x axis rail on the y axis when it hit me, if I do that then I can also add two of the carriers that normally hold the z axis and make a couple plates to adapt them for attaching the x axis and really get things going. I’m looking into that right now.

I will say that when I replace the y axis rails with the new X axis rails, you will loose a bit of your table, and the bolts would be hard to get to on the outer sides that hold the waste board down. That is okay with me because I am making a mod to the waste board as well, it is time to upgrade and maintain now that I have so many hours, but I will still run the same belts I’m thinking because they are already stretched and don’t seem to have much wear. 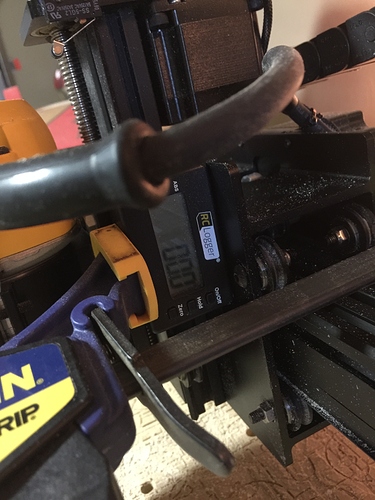 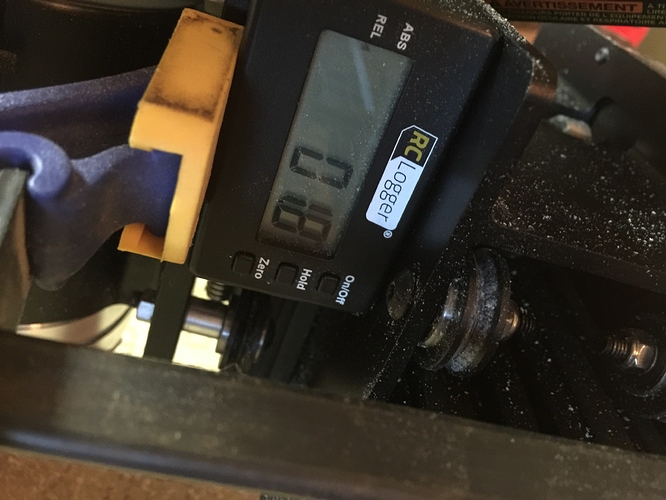 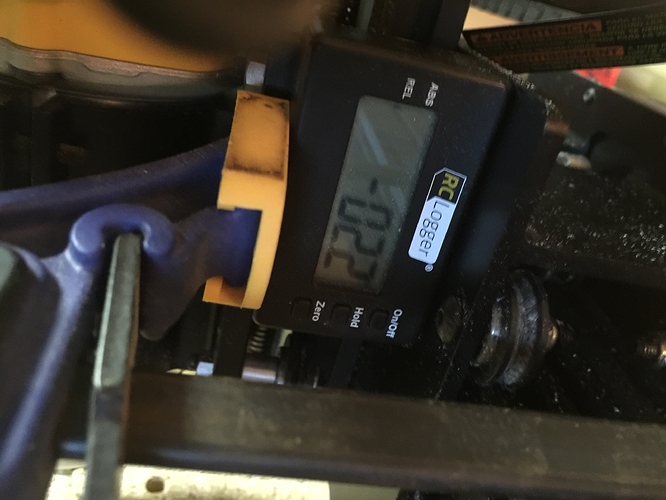 Here is how I measured the torsional angle that the stock X axis had with 50 lbs of force at the bottom of the router. I used a force gauge that I use to measure the static “push” thrust of turbine engines (accurate to .02 oz) and a pitch gauge for helicopters. I figure if it’s good enough to use for my helicopter swinging a pair of 800mm Carbon blades then it is good enough for this process to just get an idea of the difference. 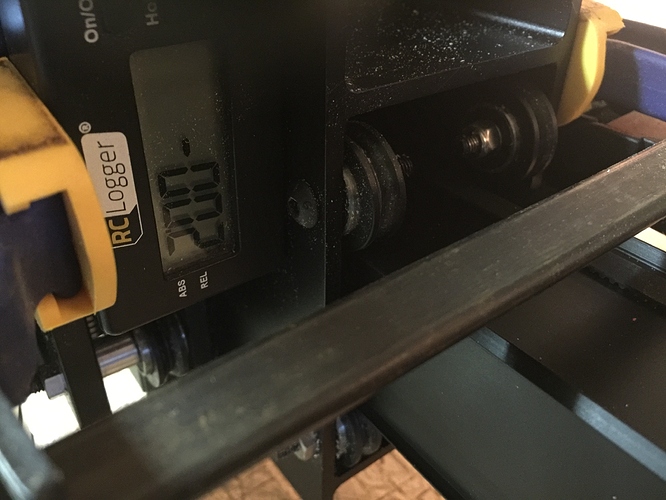 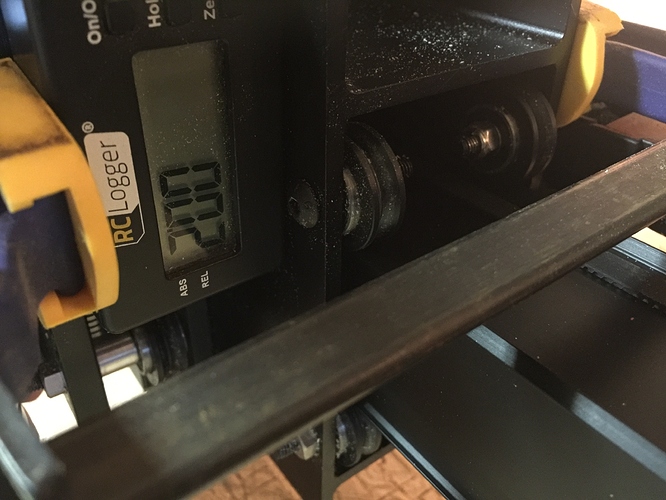 Same force same location with the new X Axis. This thing is stout for spaning 1000mm.

One thing to note. If you were running the stop switch (homing switch) for the X Axis you will need to flip it over because of where the slot is. I didn’t find this to be much of an issue. Especially considering the gain!

I thought about putting the carriages on the Y rails. Then I found the carriage plates in the Inventables store. The holes are a perfect match. That’s when i thought of the single axle for each set of wheels.

Doing it that way how would you attach the Xaxis? only to the inner plate you add? I am looking at something else right now that popped into my head… I might be ordering something a bit different, I was just thinking out loud. haha, but I am for sure doing the mod to the y axis using the new x axis.

If you look in the store. There’s a gantry plate that is only the “wheel” half of he X plates. You would leave the X bolted where it is.

This is what I had I mind also.

Good to know, thank you. I just ordered a new z axis, and was wondering about the x axis. Looks like that will be the next upgrade.

Jordan,
You may be interested in looking at this post… it’s what I’m considering about going to wide makerslide on Y… Just Dual Gantry plates with some spacers in between…
https://discuss.inventables.com/t/the-x-beast-lives/42981?source_topic_id=43452