I would love to see support added for a USB keypad as a pendant/remote controller. USB Keypads are dirt cheap and available everywhere. Ideally there would be a way to move each axis in each direction, plus a Home key, a pause key, etc.

It would be a simple matter to print laminated stickers to apply over the top of the keys and allow users to operate their X-Carve without having to stand right next to the computer/laptop.

Plus, it’s probably easier to support that than it would be to try and add support for a “real” pendant controller. 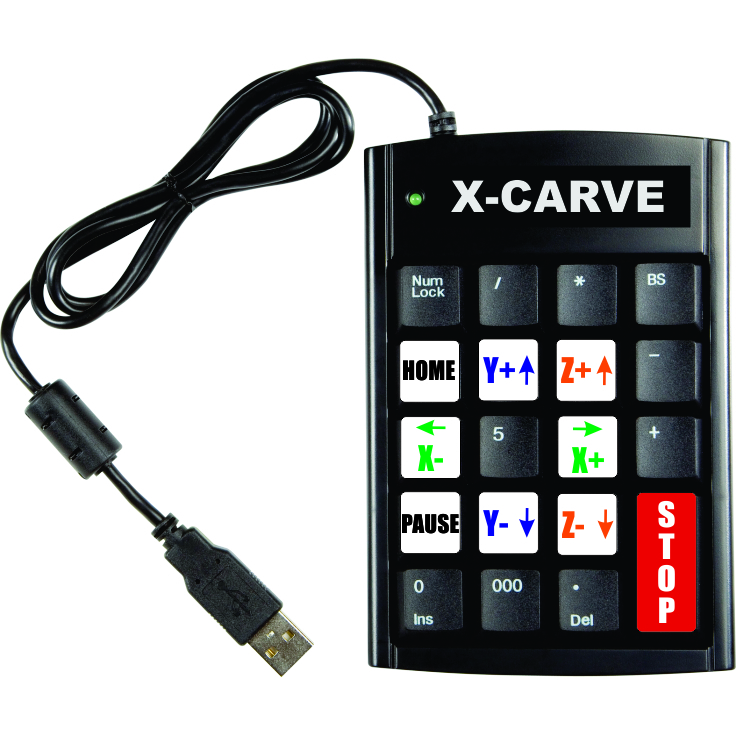 I’ve been thinking about doing this by building a custom keyboard. We will see once I start using my X-Carve.

So there is already keyboard support for axes while in the machine panel (arrow keys for XY shift + arrow up/down for Z). There is not keyboard pause / unpause / stop support, that would have to be added. The usual things for that are probably space for pause and esc for stop.

If you make a custom keyboard for the x-carve, and send me one, I will make this feature. On one condition: all keys must have tiny OLED screens for remapping (optimus maximus style). Kidding, of course, but actually while finding that link I found they make a tiny optimus keyboard with only six keys. That would actually be perfect for controlling a machine. I might actually have to buy one of those.

I don’t know about OLED keycaps but some good old fashion relengendable keycaps would work! We will see how it goes, maybe the Inventables team will find a present in the mail!

I think adding support in Easel for once the machine starts carving to pause/resume, stop and maybe feedrate overridde would be great and in extension to that have keyboard shortcuts.

i’ll just throw some decals on the buttons once i figure out the keymapping.

also i just found this information.

looks like if we know the keystroks EASEL listens for we can program a USB numberpad to do what ever we want. just have to know the list of keybindings EX, Left Arrow = X+ Right Arrow X- etc etc.
so @paulkaplan if you would like to give us a list of the keystorkes for easel that would be super awesome. i’ll see if i can make up a tutorial and give it a test out on my x-carve over the next few days

Making a Powerful Programmable Keypad for Less Than $30.

Making a Powerful Programmable Keypad for Less Than $30.: Products like the X-Keys programmable keypads are a great companion for anyone who uses hot-key heavy software like PhotoShop. They allow you to lay out all your hot keys on one small board... 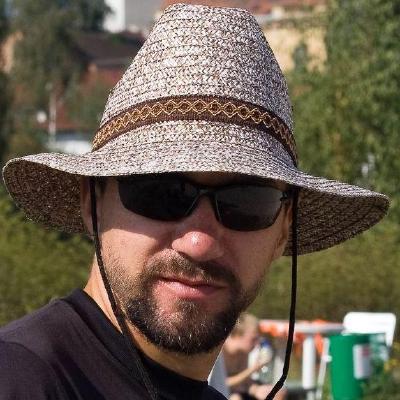 Contribute to me2d13/hidmacros development by creating an account on GitHub.

this isn’t exactly the same, but similar if someone in here enjoys coding - I made a linux interface between the shuttle Xpress jog dial / shuttle wheel that sends the keypress and shuttle information over to a websocket (the SPJS for Chilipeppr). But the code could just as easily be adapted to send other commands to other things, like Easel. If folks are interested, all of my code is here and a video showing it working is here and another video showing the enclosure I made for it here

Anyhow, thought I would share in case someone came across this thread and might find this motivating to update the code. I find these jog dials or shuttle wheels are way better than a keypad.

That’s intriguing, but I like my idea of a cheap $10 keypad plus $1 worth of stickers. I want to see just how much I can do with Easel and not have to use other control software, if at all possible.

If Easel can eventually add support for importing 3D files (.STL, .OBJ, etc.) and allow some sort of remote pendant, then there wouldn’t be a need for me to ever use anything else…

AutoHotkey is some good free software to re-map keys. Knowing how to program is helpful, but not necessary, there is a lot of examples out there. One problem is that it will re-map the keys on your regular keyboard as well, but you could have it so the re-mapping only happens while holding a modifier or combination of modifiers!

Sorry kind of jumped the gun and posted my previous response before I read this one of yours! Looks like you have it figured out!

haha no problem. and yes HIDMacros does remap both keyboards but when you close the program all is back to normal 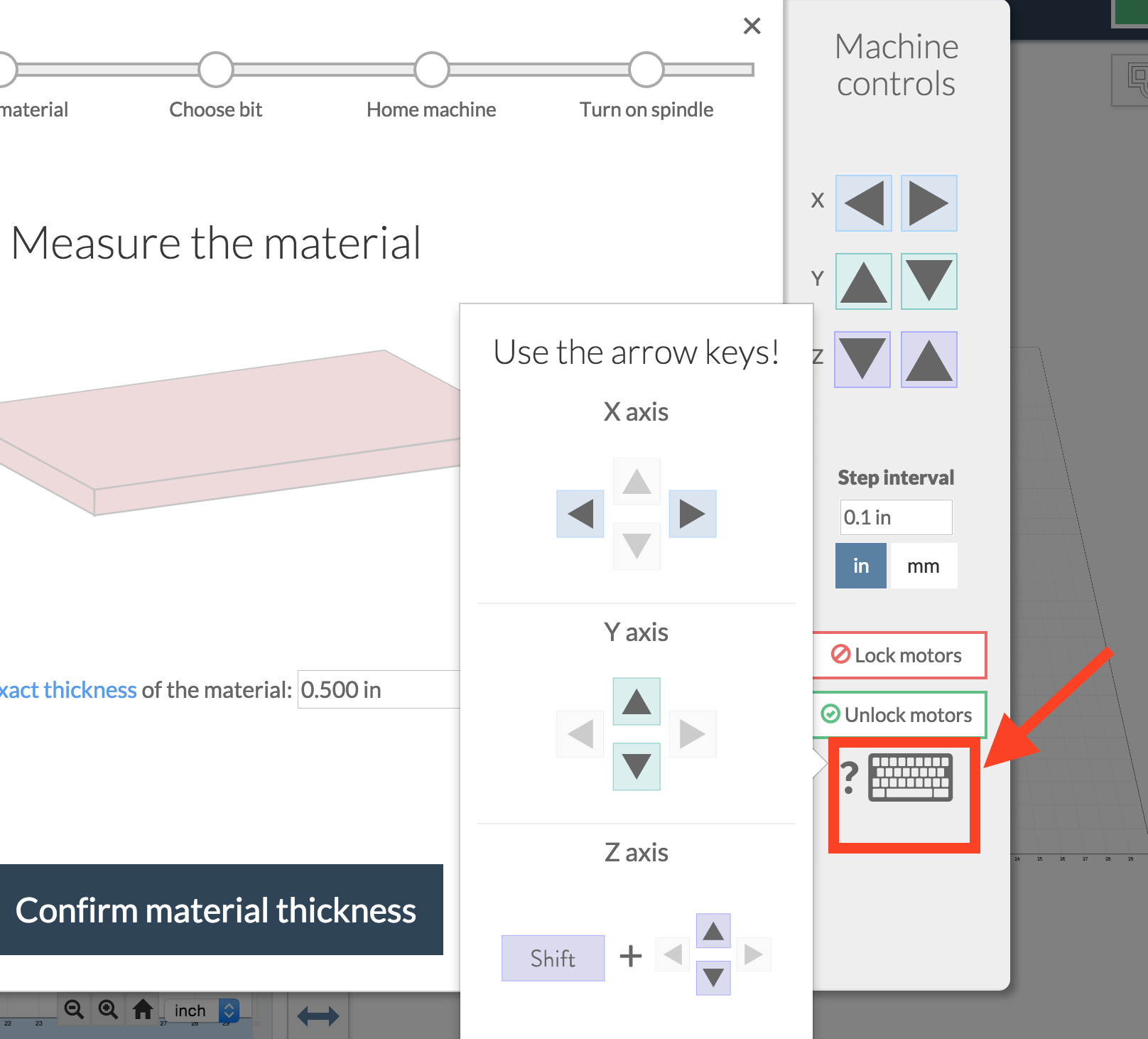 Would it be possible to remap the Z up/dn to page up/page dn? Then a numeric keypad could be used.

I have an old Griffin USB PowerMate Jog controller. I might be able to write a driver that generates Z up and Z down command as it spins.

I have an old Griffin USB PowerMate Jog controller. I might be able to write a driver that generates Z up and Z down command as it spins.

I used to have one of those! So cool looking / feeling, but I could never find a use for it. This would have been perfect!

Funny story about page up/down… I do not own a computer that as those keys and would have to look up the keycodes!

pg up/down is what UGS uses for its Z movement btw. not sure if that helps

I just ran out and bought a USB numpad, but, also had another idea…

Will be testing shortly.

Edit: That app does not have a numpad.

Edit 2: I can’t get HID macros to send a shift-up or down. According to the docs, it seems like it should be +{up} and +{down}.

I use a Shuttle-Xpress on my current CNC. It would be nice to use it on the XCarve too! 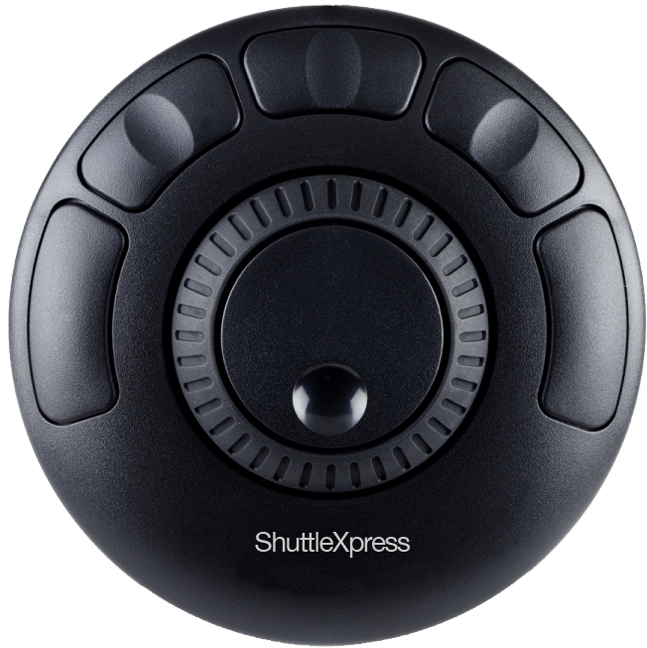