Hi everyone, I am using PCB design software EAGLE, EASEL and X-Carve 1000.
I want to mill PCB on X-Carve.

If you don’t have a post processor for the xcarve with Eagle, you can use Gcode created for Mach3 or fanuc. That might put a few codes in there that GRBL doesn’t like, so you can edit it beforehand in a text editor like notepad or wordpad. I use Cambam to generate gcode for the Universal Gcode Sender. I have Cambam set for mach3 post processor. . I just delete the codes that I don’t need and that Grbl may not like.

When you import G-code into Easel you pretty much lose all ability to preview and edit that G-code. Easel will send it, and your machine will cut it, but you really can’t change anything or see what it is going to do.

For this reason, some people use a different workflow. They have Eagle export to PDF and then use other software to get an SVG image that can be imported into Easel. From there, you can preview and control the cutting.

I believe that there is also an online Gerber to SVG converter so some export Gerber files, convert those to SVG and then import those into Easel.

When importing SVGs to Easel, Easel presumes 300dpi, so you may need to adjust scaling on some imported SVG images.

I mention all of this because it is very awkward dealing with G-Code imported into Easel.

Isn’t eagle built into fusion360 now? That should let you generate compliant g-code with the right post-processor.

thanks for reply, Easel allow different format to generate G-code, but question is which one easel support. or which are compatible to import in easel. 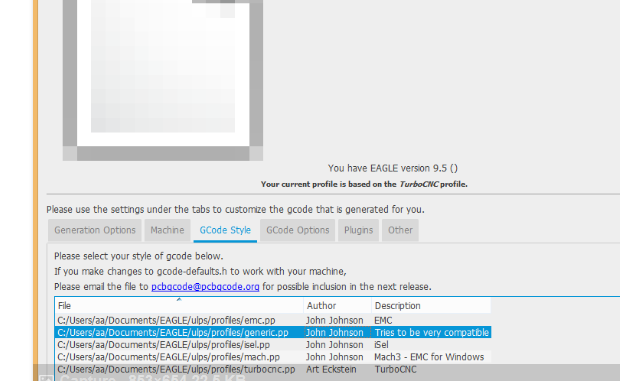 Finally, After a day work, I successfully mill a sample PCB on my X-Carve. by using EAGLE G-Code to Easel. 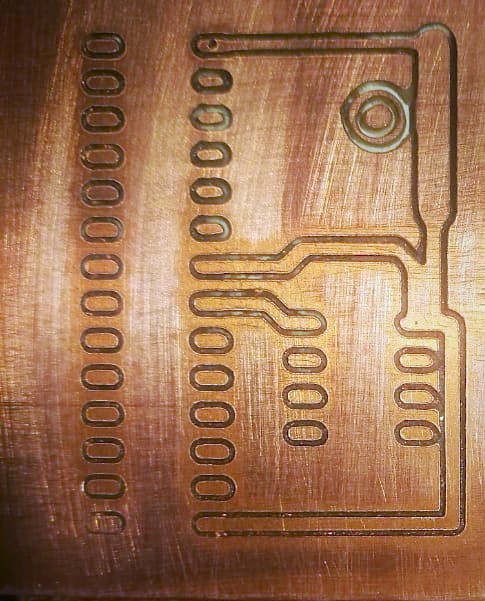 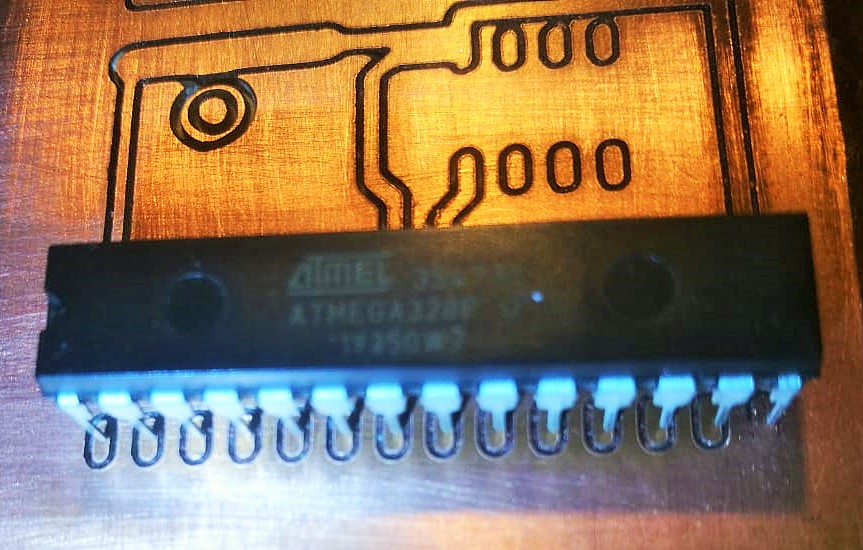 Yes, but you can’t use the Fusion CAM on those PCBs.

these PCB is my first try to make Gcode

Finally after test PCB, I design and mill my project’s control box’s front panel including LCD and eight switches on Xcarve using EAGLE, Inkscape , Easel PCB and soldering not good but working.
PCB and Front panel design in EAGLE then GCode to Easel(XCarve). 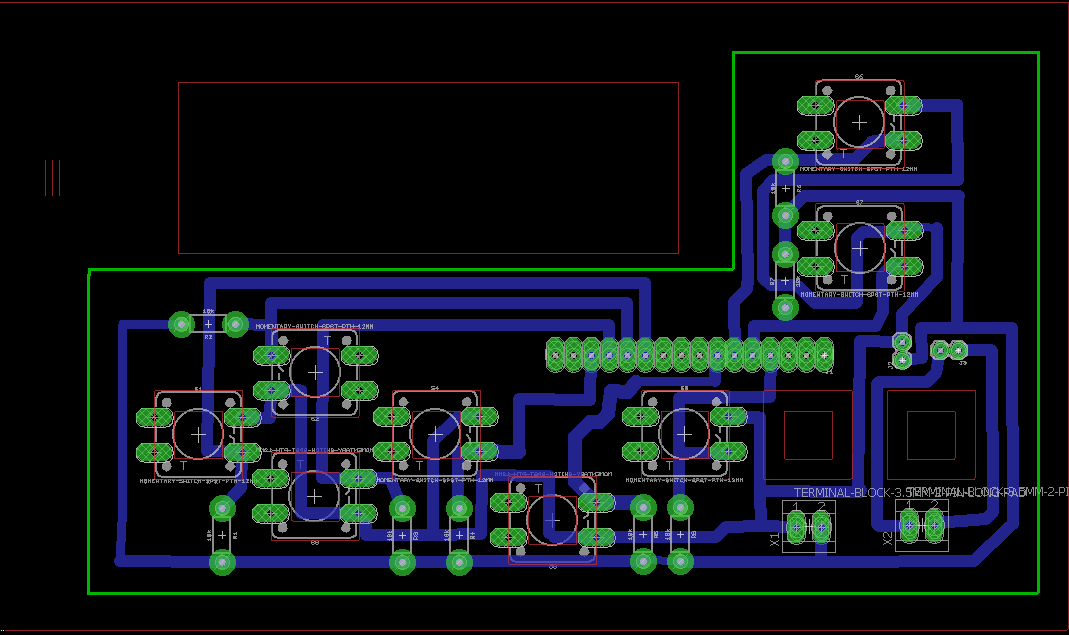 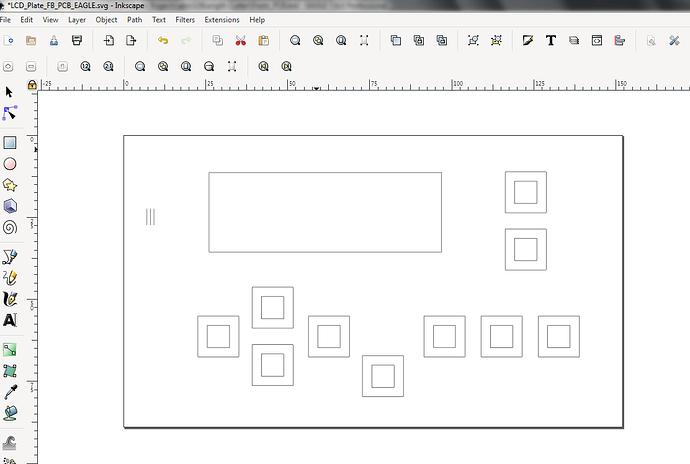 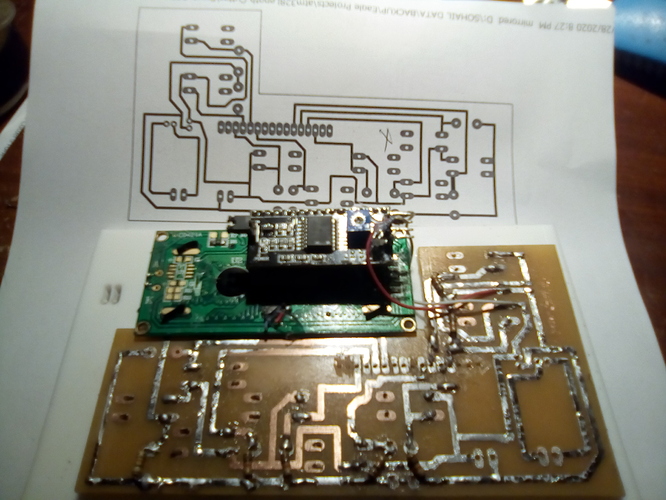 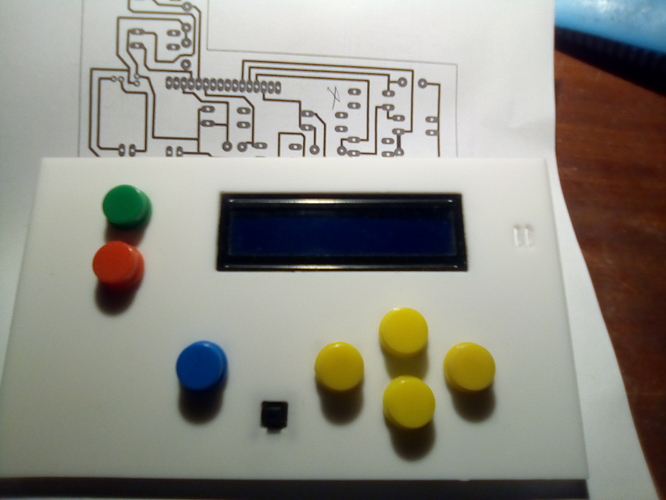 please comments how to improve thanks

Looks good…
What is the controller for?

I saw that, but what are you controlling with the buttons? What’s the project?

I designed a front panel for a length cutting machine based on ATmega328p. LCD for displaying information and keys to control machine. Picture of my first test PCB for machine controller. this is a prototype. 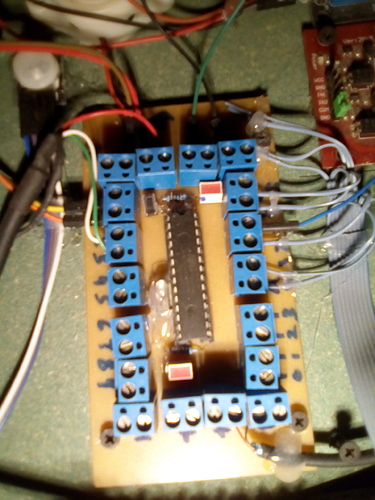 I designed general purpose front panel to connect with any controller or used in any project its I2C based.