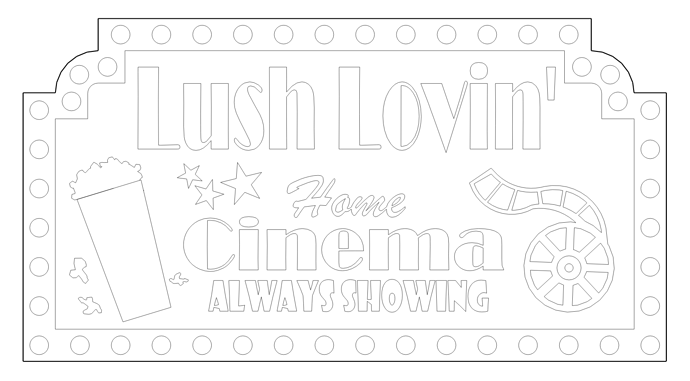 Above is my objective, a simple carve with 1/4" and 1/8" bits perhaps, 30" wide (x) by 16 deep (y). In summary, I have had my X-Carve running for about 10 days. I broke a few bits, made an acrylic dust boot, learned that carving through the clamps bolts doesn’t work (homing)…

I use Sketchup Pro 2016. Brand new PC running Windows 10, broadband internet. I understand the critical mission of causing a marriage between Sketchup and Easel. I’ve tried a few methods of getting my Sketchup design (above) to Easel without much success, likely due to my infancy. 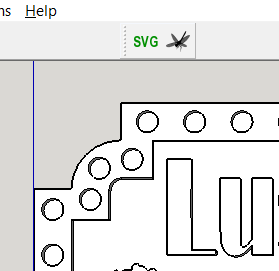 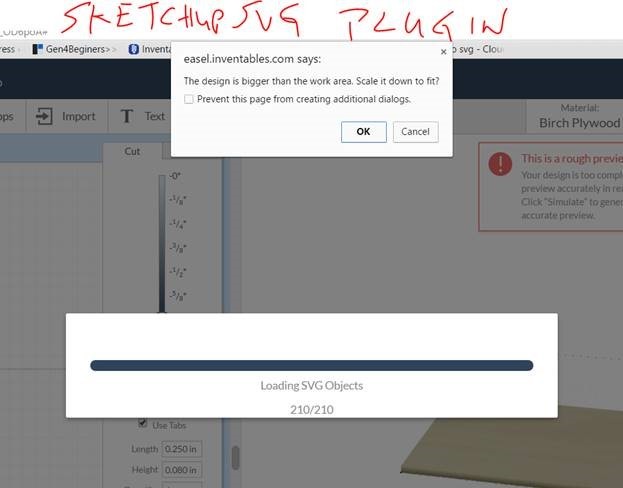 Not sure if a can of Black Flag or Raid will help me. I tried to use the Easel site to begin my design, but quickly learned that I’d be better off building my casket. My forum waders are getting holes in them already. I am not finding answers that are working. Making attempts to force the programs and plugins to work are not getting me anywhere. What am I doing wrong?

I think I’m gonna watch a movie now, I the Lush Lovin’ Theater.

I tried bringing your image into Easel (Downloaded PNG, opened in Inkscape, trace bitmap, saved as SVG, import to Easel) but I’m not sure how you wanted it to cut? Are you trying to cut along the lines of the image, do you want all of those details to be raised?

Attached is the SVG I was able to come up with from Inkscape if it helps you any.

Here is my Easel project of what I THINK you’re trying to do. You may need to adjust settings and sizes and stuff but as is it simulates for me in a few seconds and says it will take 46 minutes to carve.

The file you produced with Inkscape is perfect! Thanks for that. I just downloaded Inkscape and will play with it for sure. 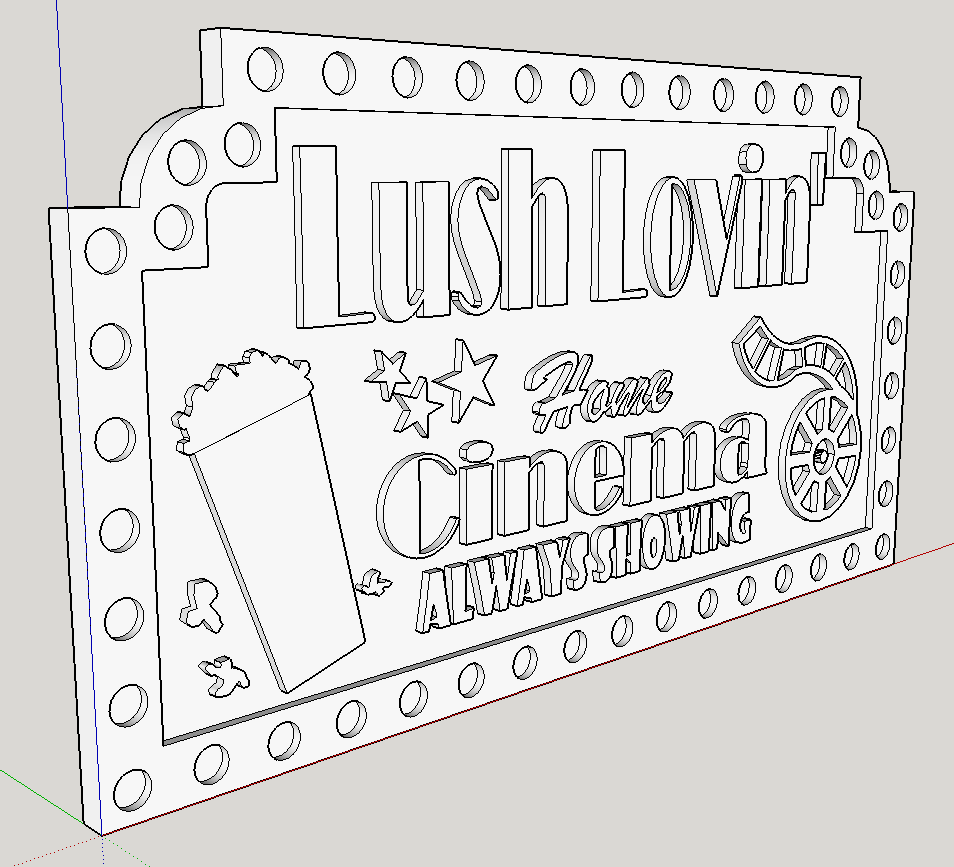 Yes when you export from flightofideas it exports in line segments not closed paths, depending on the project size you can fix it using join nodes or trace and weak

I have to send the flightofideas svg through makercam before it imports properly into easel.

Thanks for bringing that up Robert, I always forget about makercam

I will try this.

Ahh, line segments. Got it.

Am I understanding correctly, Sketchup SVG to Makercam, from Makercam (SVG?) to Easel? No Gcode sender necessary?

Is that from inkscape?

That’s the order I do it in, no sender necessary.

Those are nice. I do not have Adobe Illustrator.