Have tried loosening all v wheels and readjusting them. But they all go back to the same positions. The spindle is tilted forward to much, not perpendicular to table. What are my options? 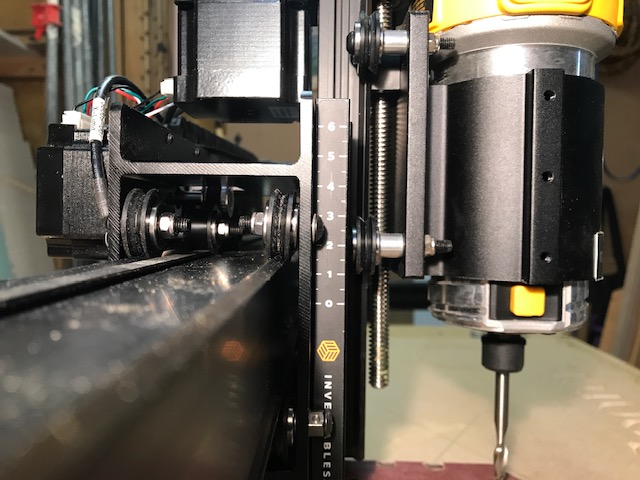 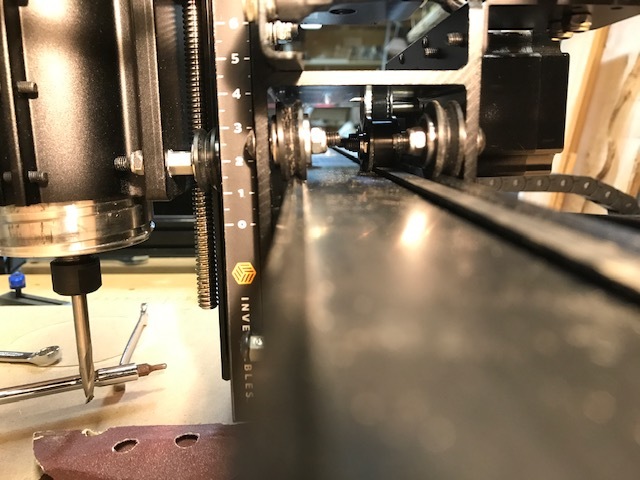 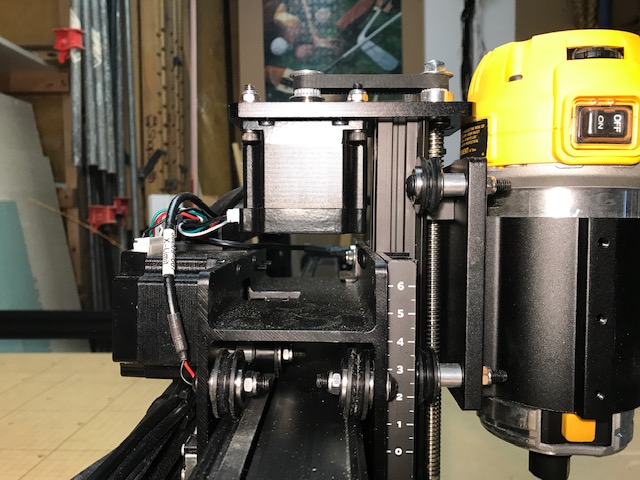 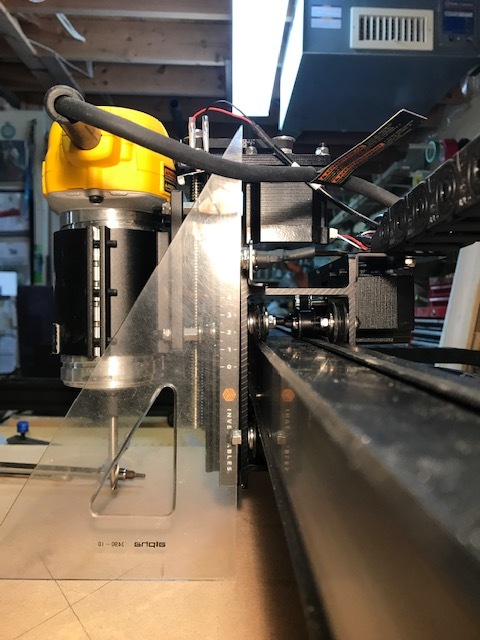 Shims provided everything else is good.

geez,
it looks to me like the axles (screws) are not tight enough.
If that is not the case, then the holed in your carriage are not perpendicular to the surface.

A lot of x’ers switched to axles here a long time ago. My machine has been set up with axels for at least 2 years with no trouble. I bet I can find the thread. Hang on.

Here it is. Old. Very old, and maybe there are better mods but this was super easy. And I think I stole the idea from @ChrisMeyers (could be the wrong Chris Meyers).

@ChrisMyers - thanks again for the list and inspiration! Completed the mod on Saturday. Basically took a day including milling new x-axis plates. I also swtiched to the "axle" method of mounting the v-wheels and created recessed pockets in the x-axis plates to further reduce flex (and torsion). And mounted an Ebay z-axis with a new Makita mount. The combination is impressive - WAY stiffer than ever before. I just finished milling a STONE flat and engraving a letter in it! @PhilJohnson - I…

Wait - I stole the idea from @BenRios! Here is my homage and his post:

I’m having the same issue where my Gantry is tilted forward a little. X rail is 90° to the wasteboard along with the Y axis. Did you find a fix to this issue?

Loosen the four bolts on each end and rotate the beam. Bolt holes should be big enough for a little rotation movement.

Will do when I get off tomorrow. I figured that would be the best bet. I messed with the v wheels for a while but it was getting late so just left it where it is. Thanks for the help!

Take out the router from the mount and remove the belt before trying to correct the wheels and beam rotation. It will make it easier to make corrections.