Does anyone use VCarve Desktop as their CAM and Estlcam as their machine controller? If yes, what post processor did works for you?

I’m thinking about getting VCarve and I really like using Esltcam for controlling my machine so I’m hoping they will be compatible.

I use the Easel post processor for Vcarve Desktop

Down load it from Easel or Vcarve

That works with Estlcam?

I would think the GRBL one will work. No reason to use the Easel version unless Estlcam can’t handle G2s and G3s.

I can test later.

I’m pretty sure it can use the G2/G3 commands. One problem with GRBL is the extension is .gcode and Estlcam only accepts .nc extension. I played around looking at the post processor files and I could easily change the extension it creates, that’s all I know about it though. I don’t know if the extension actually means anything. Here are the preset from Estlcam CAM: 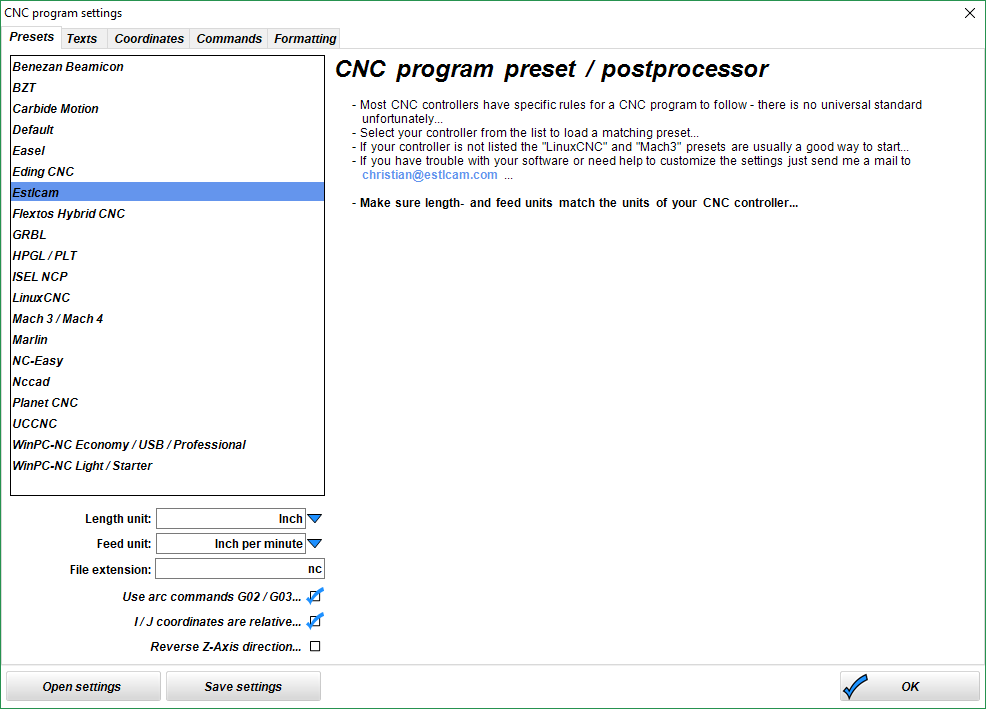 Do you know if GRBL handles manual tool changes okay?

GRBL does not do anything with tool changes. That’s on the UI (Estlcam). If Estlcam reads the M6 command and is able to process it, then you’ll need a PP that adds them. I have a GRBL post for tool changes I can share (again, later).

I believe it can handle the M6 command. I checked the Gcode generated from Estlcam CAM and it has the M6 command for a tool change.

I just got an email linking to this thread with the same question.
Estlcams requirements for externally created g-code are described here:
https://www.estlcam.de/steuerung_cnc_programme_en.php