VCarve Inlay and Pocket do not match

Hey Everyone,
Been banging my head against a wall trying to figure out what I did wrong here. I’m attempting to make my first VCarve Inlay. I followed all the steps in the humming bird tutorial, but the male/inlay piece I am generating won’t fit in the pocket. The inlay piece, at its smallest, is the exact same size as the pocket at its largest.

The pocket looks fine to me and comes to a point at the bottom: 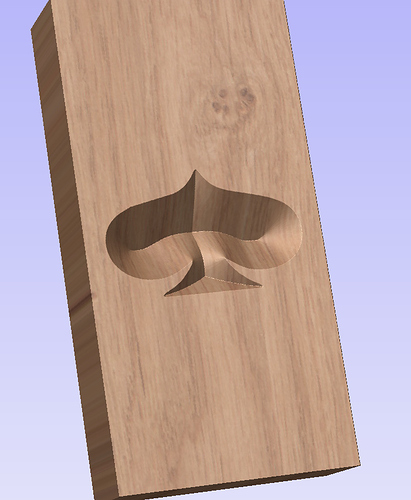 However, after following all the steps in the tutorial, my inlay looks like this: 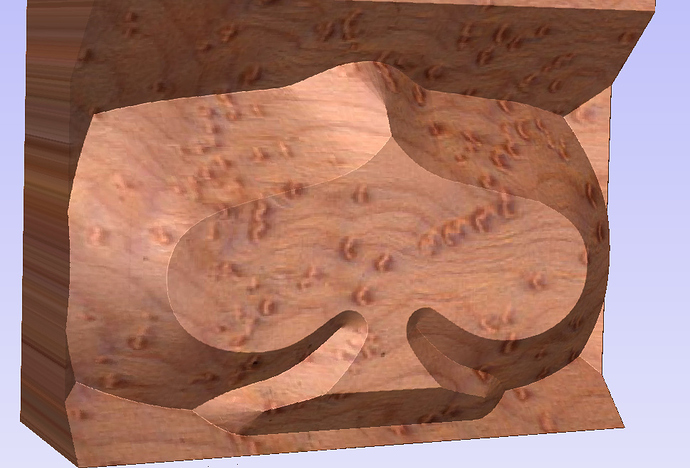 These are both toolpaths on the same piece for reference: 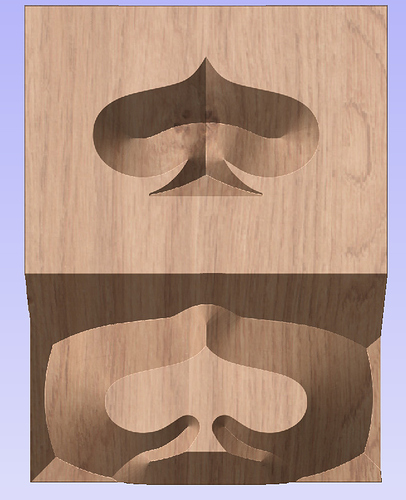 Anyone had this issue???

I’ve seen threads where the corners of the inlay were a little off, but nothing like this one. If there is another post out there covering this already, any help would be great!

I’ll try that out, thanks!

Other than the fact that he’s using a larger VBit (I’m using .5") - everything seems to be the same. Getting an error that the design cannot accommodate a flat area clearance tool due to diameter, but it’s just completing that area with the VBit.

Yeah, I tried it - the male piece should come to a point/edge at the top the way the pocket does at the bottom, but it doesn’t… 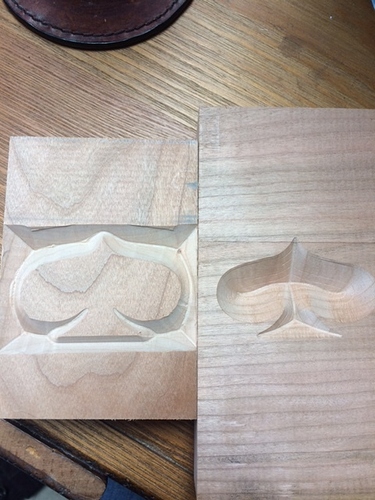 I’ve been playing with the Start and Flat Depths, what I carved is from this run: 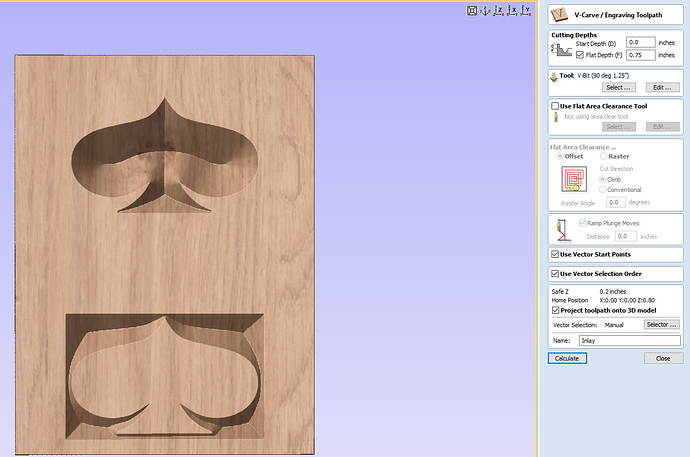 Rendering with Start Depth of .1 and flat depth .75 to equal the total pocket of .75 looks like this, but still not close enough - the base just keeps getting wider haha: 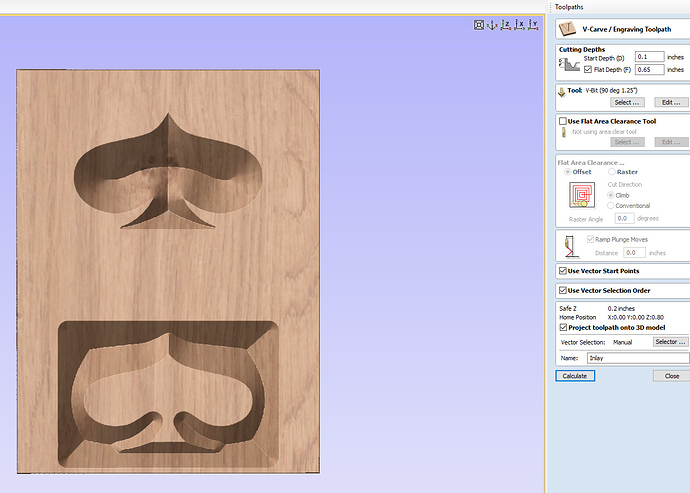 Yep, followed the humming bird one step by step 4 or 5 times now. Wondering if it has to do with my shape vector, but I wouldn’t see why.

It’s alright, I’ll keep messing with it and hopefully someone else has come across this using their own image/vector.

Yeah, I tried that, it’s not as pronounced, but I can see it still wont match up. I think the problem is that it’s machining the vectors out rather than IN, just can’t figure out how to change that setting.

I think he just needs a start depth of .1" and that “happens” to be half of the .2" - wish they did something like .3" so it’d be easy to confirm. I need this inlay to be .75" deep for what I want to do with it. I’m going to set an inlay into a blank and then turn it on the lathe, so the inlay needs to be deep based on what I’m cutting away.

Really appreciate all your help though!

I need a final depth of .75", going to be a thick inlay to a piece I’m going to turn into a tap handle, proving more complicated than I thought it’d be…If I could just get VCarve to understand that the vector defines the final bottom of the piece and not that top, I’d be in business.

I may if I can get the tolerances to work out, thanks for the suggestion!

It is simply your V bit. You’re giving .75 " flat area but your Vbit is not cutting that deep. If you still want Vbit inlay, you may have to try different one like 60 or 45 degree bits.

Yup, that was it! Guess VCarve inlays are really just meant to be shallower. Longest bit I had to keep the detail left me with a .45" inlay, but since it’s not tapered, it should work perfectly. I’ll post a pic of the tap handle when this thing is done. Thanks!

Wow sorry took me so long to post, this is the end result turned with a traditional Pocket/Inlay 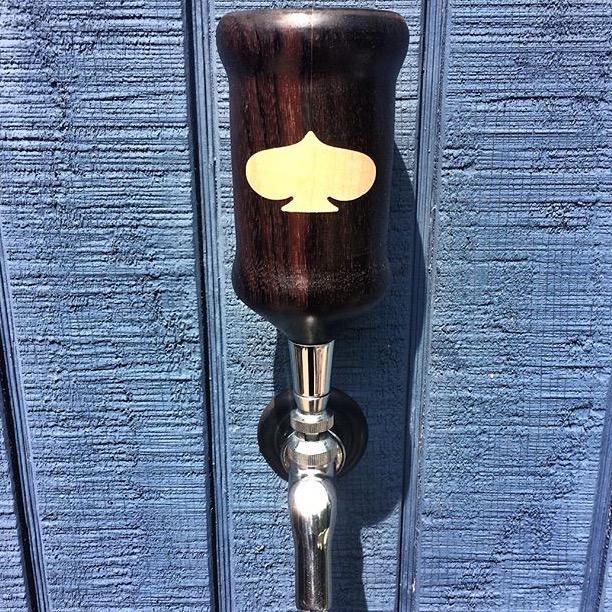 Thanks, Bob! That one is East Indian Rosewood with Curly Maple Spade.

If you’re on Instagram, you can see the process for these pieces if you search #CapGeminiTapHandle - my handle is @kraftedbyengineer

Also made them one in Flame Birch wearing a Walnut Spade! 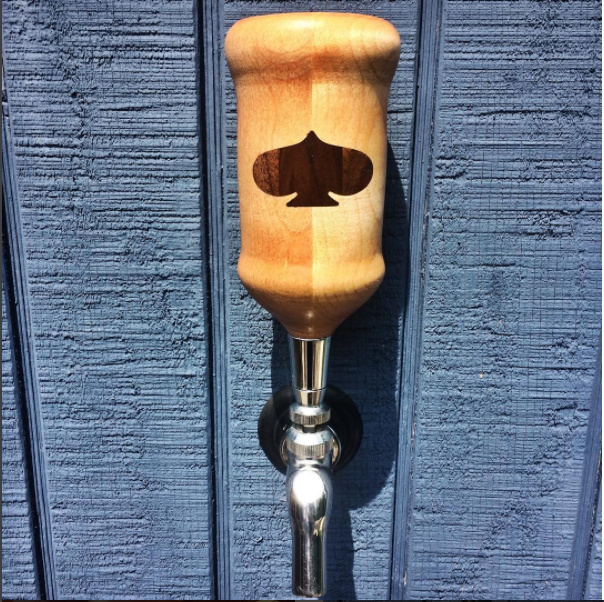