Hey all, just wanted to share a “fix” i had for my VFD spindle.

I recently tuned/tweaked my setup to make the steppers motors run all the time, but it generated enough noise to cause the spindle to slowly move 90-111rpm when “off” (M3 S0). Steppers are pretty noisy, so decided to move to PWM to solve my problem.

Take a look at this little module on amazon/ebay/whatever. “PWM to Voltage Module 0%-100% PWM to 0-10V Voltage Suitable for Signal Interface Switching for PLC or Other Industrial Control Boards”. It’s 9 bucks and totally solves the issue. Uses PWM input to convert to 0-10V, adjustable.

I originally had the Spindle controller on my DigitalLoggers AC relay, but the controller takes waaaay too long to turn on. So this has worked out better. 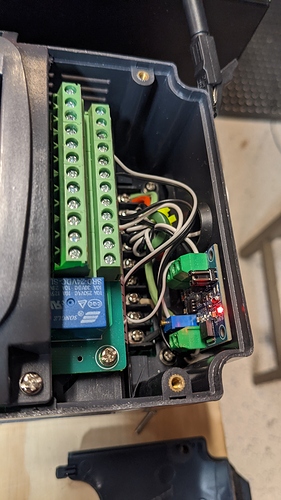 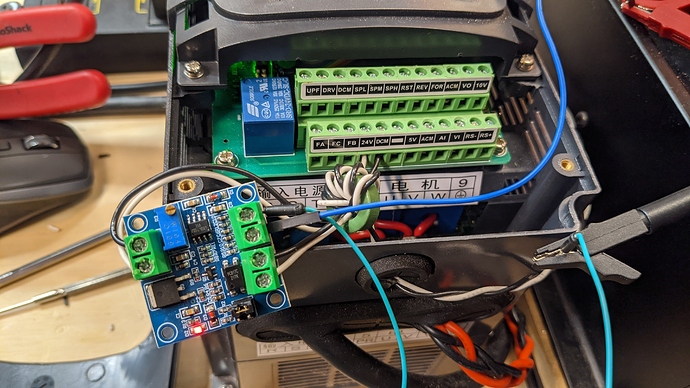 Is there a reason you just didn’t use the 0-10V spindle output on the x-controller? That’s what I hooked my digital loggers to.

I was using the 0-10v for the spindle output, but i was getting too much noise on it. When the spindle was “off” it was spin at 90-100 rpm. Pulled out oscilloscope and saw alot of noise from the steppers (269oz steppers) and 1500watt VFD spindle.

Tried programming it out with the controller, minimum frequency and such, but that just made it worse. So had to either build a filter or just use PWM and this module.

Motors were singing a bit until i tuned them down. But man, this thing carves aluminum like a beast now

9mm belts, VFD for the win.

Here’s Bender my bot. Got the 9mm belts on her last weekend, been carving up a storm since 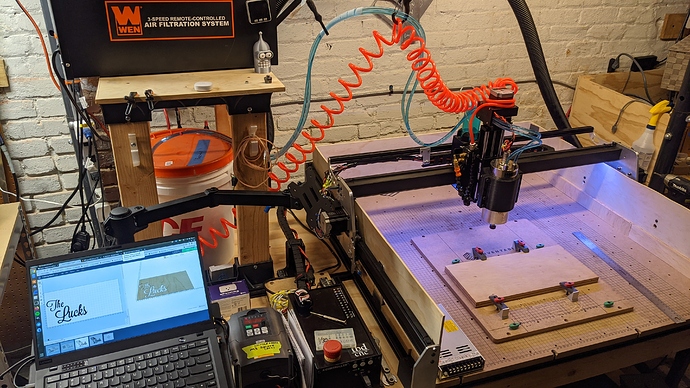