We’ve added another app to the collection. This one is called “Voronoi Generator.” Like the previous 2 apps we released, it operates on a selected shape. It then fills that shape with a Voronoi pattern, which is an interesting pattern that occurs in nature and is often used in art and design, like in this lamp: 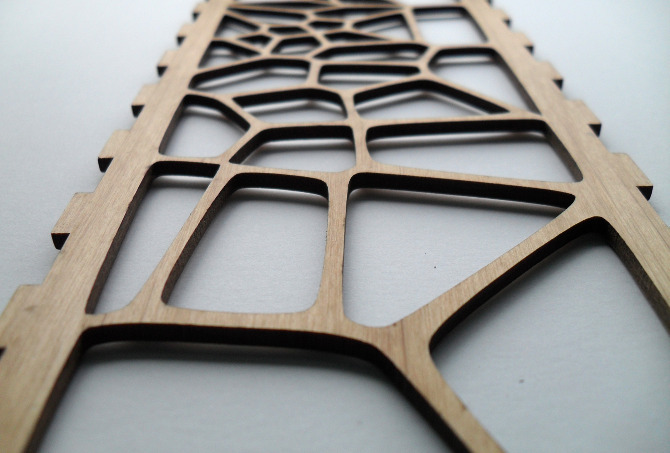 To use this app, select an “Outline” shape and the choose the Voronoi Generator app. You can vary the number of “Patches” by dragging the slider.

Right now it only supports generating lines as wide as the bit, but I will be enhancing it in the near future to support variable size lines.

I’m not seeing any toolpaths for this when I try it.

There was an issue briefly when I posted the app. You should see toolpaths now, @TonyNo

oh, that is just awesome sause. guess I will be breaking up some pallets for some lamps

is there randomness in the process? Meaning, if I choose a 4" circle with 100 patches, and someone else does the same, will we both get the same pattern?

Yes, it is random. If you select 100, then change to another value, then go back to 100, you’ll see a different set of patches.

By the way, if you want to carve the patches themselves, instead of the lines, you can make 2 copies of your original shape, one a fill and one an outline. Then run the app on one of the shapes and set its cut depth to 0 after adding it to the canvas. Then set the original fill to the same position as the imported object. Finally, bring the original outline to front, and set its position to the same as the imported object. Here’s an animated GIF of the process.

A little clunkier than it needs to be, but it gets the job done

This and the movable tabs inspired me. So, of course I went and experimented with a coaster design. Great work @JeffTalbot 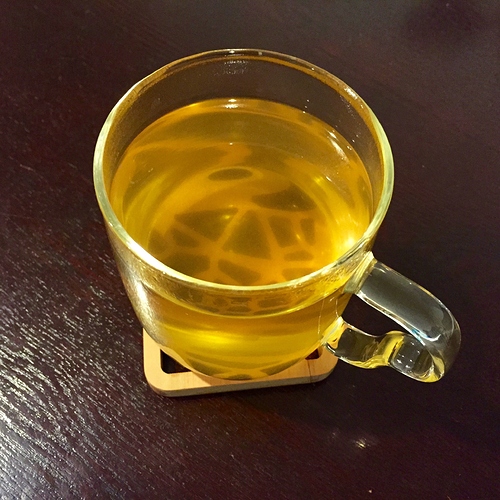 Well that’s cool as can be, this is the first thing I think I’ve seen that I can’t conveniently do with any other program! Me likey! I might have to give this one a shot this afternoon!

It’s in Inkscape if you use it to generate SVGs for import into Easel as well.

Very cool. But wouldn’t it make more sense to cut out the unwanted parts, rather than cutting out all the material? Or am I missing something?

Sorry, I don’t think my message was very clear. I want to get rid of the material between the lines. Using @JeffTalbot 's method above works, but it seems like it could be done much more effectively by cutting the outline of the pieces to remove rather than cutting a pocket (milling all of the material). I suppose the app would have to generate two lines instead of one, and cut outside each one. I need to draw a picture to show what I mean ;-).

The “cutting the outline of the pieces” is the same thing as selecting each patch and setting it to cut inside. It doesn’t need to generate two lines.

Ok ;-). I am still not explaining myself very well.

Let’s use @sketch42’s coaster from above. Using @JeffTalbot’s method, we would pocket mill out the holes. Which is fine, but slow. I would like to be able to do it with contour (profile?) cuts. So instead of milling out everything, we just go around the edge of the area to be removed (inside outline cut?). So instead of having a coaster and a big pile of sawdust, we have a coaster, a bit of sawdust and a bunch of little cutout pieces.

I am guessing the app would have to be written differently than it is now to do what I am asking about.

Just made a quick and dirty example: http://easel.inventables.com/projects/BD00ErnWOIgiagFkt_ucBQ

What I would like is on the left, and @JeffTalbot’s method on the right. My main point is why cut a pocket when you could just cut around the waste?

Again, no idea if this is possible with the app api, just struck me as a better way to do it.

It says the cutout method from http://easel.inventables.com/projects/BD00ErnWOIgiagFkt_ucBQ will take 18 minutes to mill vs. 53 minutes for the pocket method.

I understand what you mean and I see the problem.

It’s entirely possible for this to be done, but the way the app works now you’d have to use the offsetter app on each patch and realign it once it’s imported. I tried to get the source for the offsetter app previously, which would make it much easier to automatically do this, but it’s not available.

Unfortunately the offsetter app doesn’t do multiple shapes as one would expect. I think it would be better if it iterated through each closed shape separately, but it doesn’t. It also throws away the position information before importing the shape back in. 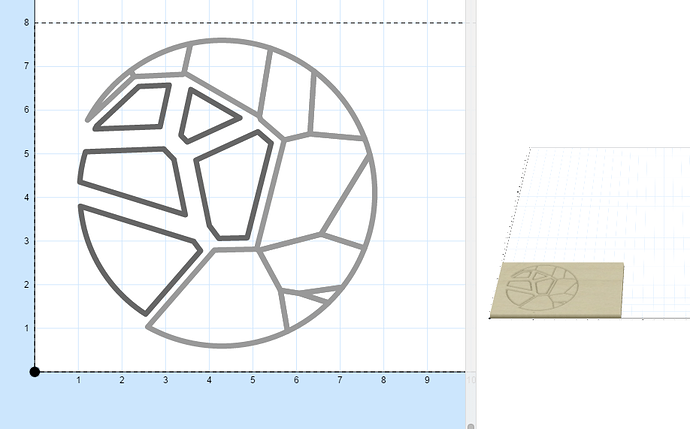 You can get the desired effect then with some tedious work.

Just a thought. If it was some combination with the vornoi generator and the offsetter, you could also set the width of your ‘branches’, which might be handy.

I don’t know if you’d use this as the drawing is generated now (before applying @JeffTalbot’s method)?