Sharing my latest X-Carve project – I hope to soon be selling these wand displays on my Etsy store. Made from walnut, oak, ash, and mahogany. 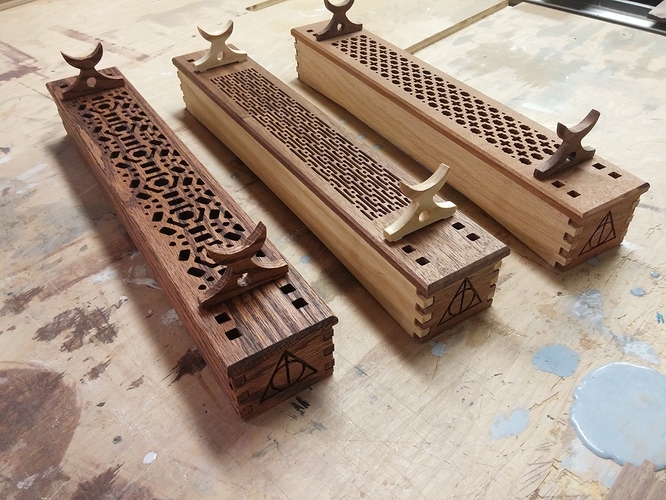 Did I mention they’ll also light up? 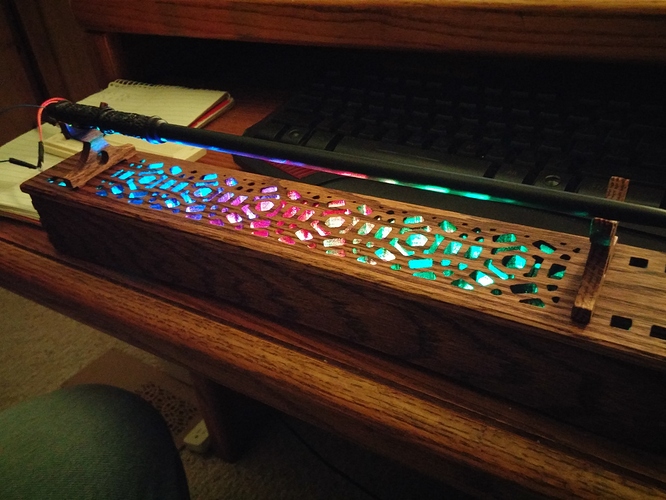 Nice work! Did you cut those finger joints on Easel?

Thanks! I designed everything in SketchUp and then imported the individual SVG’s in Easel.

I solemnly swear I am up to no good…

Yes. Every home has a magic wand that needs displayed!

Great idea for a project. I picked up 2 wands at Disney in Florida. The wife was pretty upset not getting tickets to go to the Harry Potter festival thing up here in Ontario later this year. Maybe I’ll make something similar to make her happy to hold the 2.

lol, I’m pretty sure you guys are having fun at my expense. Still puzzled.

My intention wasn’t to be disrespectful. I (mistakenly?) assumed people were being facetious.

Hey no worries! The wands are replicas from the Harry Potter movies. You can buy them online or at Universal Studios in Florida. The wand display I built is for those wands (or if you happen to have any other type of wands.)

Love the display Now if only Olivander was still alive… I do miss that actor. He was perfect for that role.