What could cause the machine to lose its "zero" position

For the 3rd time that i have set my machine to do a long run (above 30 minutes) it loses its zero position, and destroying my piece. It runs perfectly fine in the beginning, no errors, no belt slipping, everything works fine, then all of a sudden i see it cutting where it not supposed to. I doubt this is a hardware issue but more a software issue. The three times its done this ive exported the code from easel and set it up in chilipeppr. i have an error with easel within the first 5 mins with easel in which is starts, stops and gives me an error report. so i decided to use chilipeppr from now on. could it be that in the gcode its setting up a new temporary zero position and its throwing everything off? i would really like to figure this out because its extremely frustrating me and i cant figure it out.

Not sure about the hardware issues (check belts check stepper voltage no too low, not too high) but in regards to the code, I use gCode viewer to step through my code and look for obvious weirdness.
That should help you emanate the code as a error source.

Have you see this post?
Some people are having spindle issues. The random loss in RPM causes the cut to get pulled off course.

I was having a similar problem yeaterday. Trying to cut multiple parts and it would cut the first out just fine and then move to the next and go haywire. It would make the first pass and then veer off course and go straight across the middle of the part. It did this on 2 occassions one right after the other. I have no idea what caused it

I wonder if there was just something in the air yesterday? I had a similar issue: 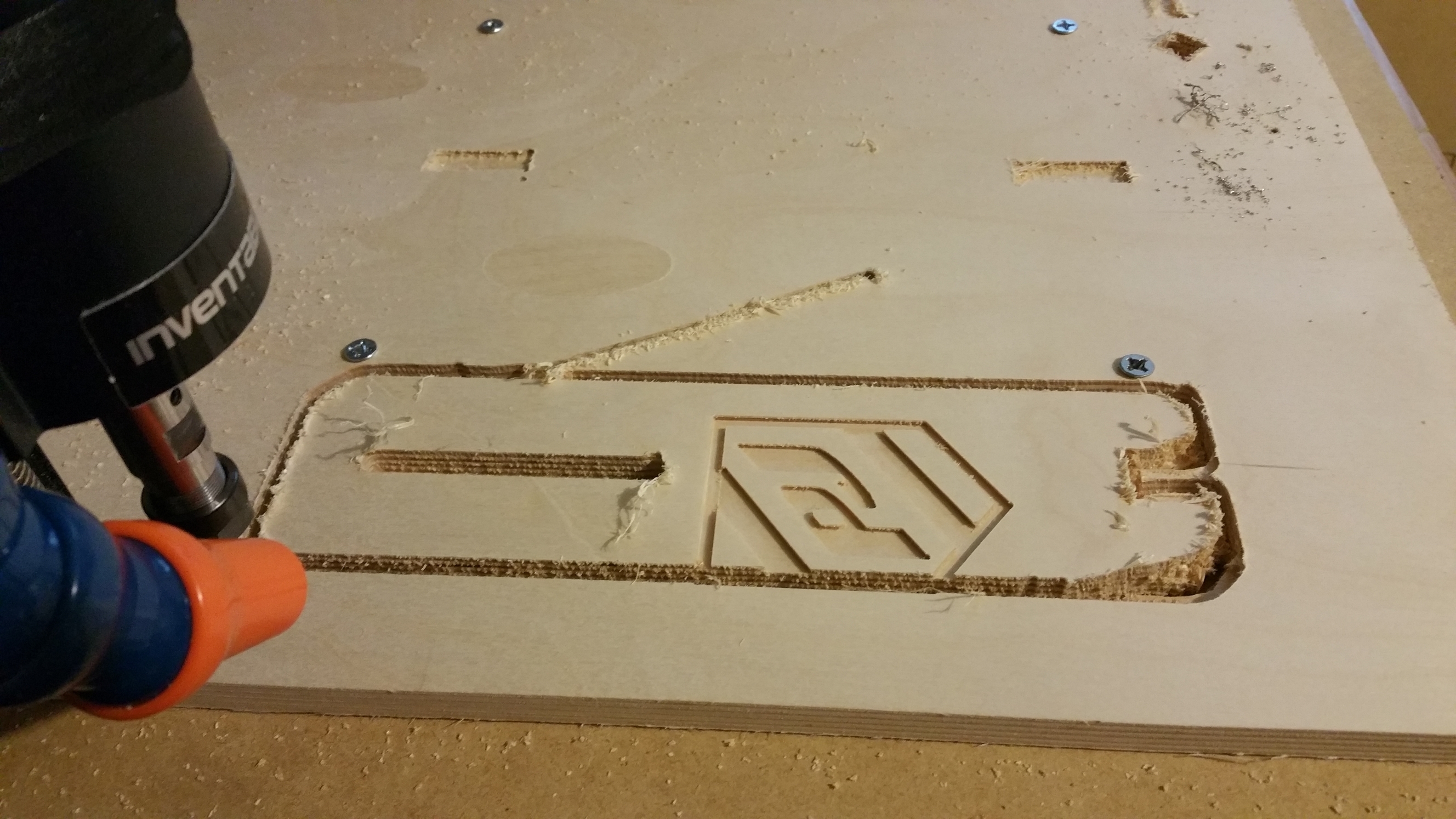 I was using Chilipeppr, and the machine got a little off on the last pass for the part it was cutting, and then just decided to drag the bit right through the middle of the piece. Just decided to walk away from it for a bit, I’ll probably run an air pass of that pattern again and see if it does anything odd.

Hi Sergio.
I was wondering if you have solved the problem you’ve been having. I have recently put together my x-carve (1000mm) and been experiencing similar problems to yours. I use DeskProto for generating the g code and GCS for executing it. It starts of fine and then randomly offsets itself, losses its machine zero, and can’t seem to preform homing cycle again ( either z-axis starts going opposite direction and thinks its homed without hitting the limit switch or x-axis stops in the middle and makes noise like its hitting something) . Please let me know if you have come across anything that has helped you with resolving this glitch. Thanks !

Well I ended up raising the current on the stepper controller, which helped a lot but regardless I was still having minor issues, so I figured if it’s not hardware or electrical related then it has to be in the coding… so I stopped using easel entirely and started using hsm pro cam on inventer pro to design and create my gcode, ever since I haven’t had a problem

You should be good with those settings - you can probably push your feed rate a smidge higher, if you have your X-Carve tuned properly.

Also, a quick note on forum etiquette… Resurrecting multiple years-old threads and stating the same issue each time is a bit of a faux pas…

Another note on forum etiquette…

Don’t plan to stay on the good side of everyone offering free advice when you routinely bash the machine that the forum is based around, and that most of those same people have managed to use quite effectively.