Houston we have a problem! (intermittent spindle)

Everything was running fine! Cutting out a signing 1/8" mdf. Half way through the second pass on the outside, it hits a snag of some sort, veers of course. So I stop the process through easel. Spindle lifts, stops, & goes to home. After that is when the trouble began. Spindle won’t turn on. Either way, manually or automatic. 24 volts going to the motor. I gently tap the spindle bracket with a bit wrench (I’m the wife of a master mechanic), and the spindle turns on. Speed goes up to what sounds normal then slows considerably!

Spindle stopped working today mid-project
So frustrated. why does this keep happening?
What could cause the machine to lose its "zero" position
[SOLVED] X and Y axis losing steps
LorenLagasse May 23, 2015, 12:27am #2

5,230 ohms of resistance through the spindle motor

It sounds like there could be some loose wires. Did you check all the connections?

Everything looks to be connected well unless it’s in the spindle itself. 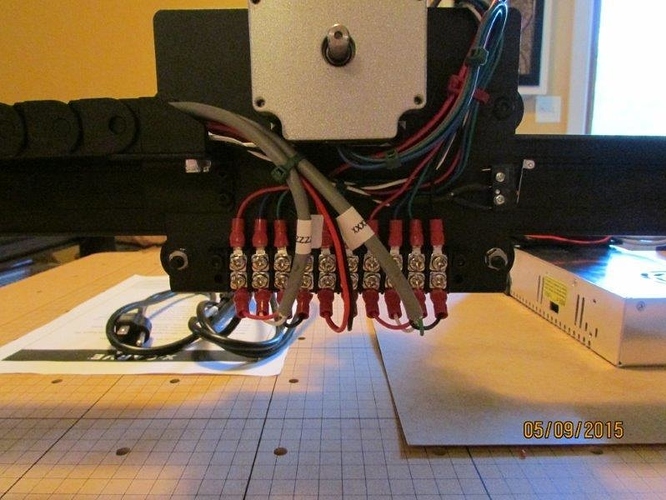 I was emailing Sam earlier, but she appears to have left for the day. Please help me! I’ve got signs to cut and paint!

@LorenLagasse If you have some spare wire, you could try going directly from the spindle to the power supply board, which should narrow down whether it’s a spindle problem or a wiring problem?

Thank you Peter James! Husband is offshore so as soon as I find out where he hides the wire, I will try your suggestion!

I had a speed challenge yesterday with my spindle and found the issue to be the connector in the front of the gshield. This is a loose connection for me.
. 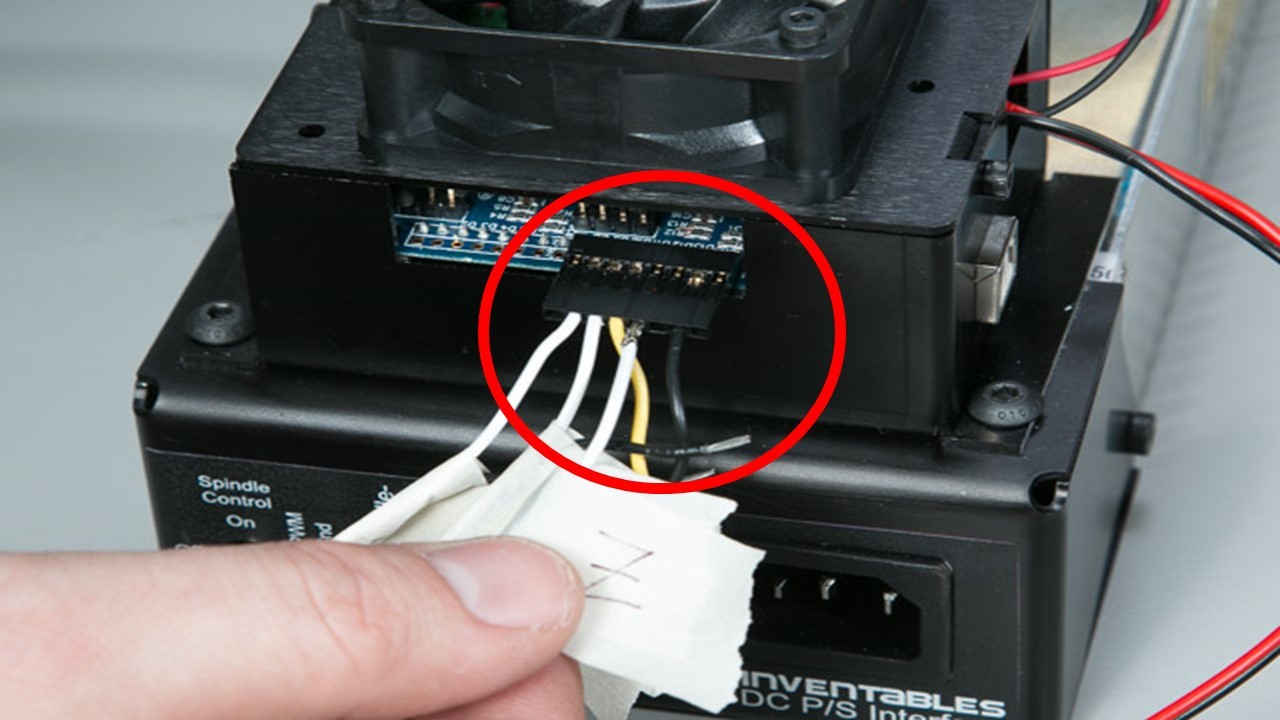 Yes it could be the connection into the Gshield like in the picture above. Also check to make sure the gshield is pressed down snugly into the Arduino. If it gets loose from being tugged by the wires it will cause an intermittent connection.

In that case it might be a loose wire inside the spindle. Email help@inventables.com with a link to this thread and ask them to send you a replacement spindle and send that one back so we can have it inspected to do a root cause analysis.

Thank you ever so much!!!

I’m glad I found this thread, I’m having exactly the same issue. Wiring is good and I’m getting 24V to the wire breakout on the back of the X-carriage. The spindle won’t start in logic or ‘on’. At times, giving it a tap starts it spinning however you can hear that it’s running at low RPMs.

This just started happening with the last few days. I’ve been having a lot of trouble completing jobs (likely due to the low RPM).

Anything else I should check?

@LorenLagasse, was your problem solved? I’ve emailed support but did not receive a response.

Yes sir it sure was!! New spindle arrived quickly and is working like it should now!

@Zach_Kaplan, I’m having the same issue as described above. Were you able to work out the root cause?

Same exact problem here - running flawlessly for days, then I start hearing RPMs dropping and climbing, then dropping, snag on the work, and veer drastically off course. I now power the spindle and it stays dead until I manually give some momentum, then spins, but the power is not there, low RPMs - snags at even the slightest material pass and goes crazy off course from there. Dead in the water. I have an email in as of tonight (after hours) - waiting to hear back. My deadlines were tight as it is but now things are not looking great. Love the machine, really I do. I need this fixed tho.