What software works best to import into Easel?

Most of my files are either PDFs or JPGs or maybe PNGs.

What software converts these files into something Easel can use?

That will depend very heavily on what what you want to achieve and the precision you seek.

If you can provide some images of what kind of carves you wish to do and the type of images you want to base it on it will be easier for us to suggest a more specific workflow.

The files are what I use on my scrollsaw.

I would think that the X Carve would follow the same lines.

Easel has an Image trace, and Easel will import SVGs and DXFs.

When I import into Easel, I usually convert scanned images to SVGs with on-line image converters and then import the SVG into Easel. This is because the line art usually needs a little cleanup first and it is easier to do that in other programs like inkscape or Vectric.

If you have scroll saw patterns on paper for example, and you want to scan those into a computer, you will find that even the thinnest of lines creates a an SVG line with thickness and an infill. This will cause Easel to create a double carve path.

To better understand this, consider drawing a short, straight line on a computer drawing program and exporting that to easel. What looks like a straight line to you is actually saved as a thin rectangle. When you ask Easel to cut that for you, rather than just cutting the line in one direction, Easel will actually do four cuts; the four sides of the thin rectangle.

Fortunately, programs like Inkscape can be freely downloads and there are people in this forum who are highly skilled with it.

The first question that I have, are you using Easel Pro? I don’t see anything you’re talking about in Easel.

I can’t explain it, but I import one drawing into Easel, but I have been unsuccessful in doing it again. But this is what frustrates me. I keep trying but nothing yet.

I’ve got to take the lessons on Easel.

Thanks for all of your help. I’ll keep my eyes open for others having the same kind of problems.

You want Easel to carve along lines that you draw. I drew this in Microsoft Paint.exe 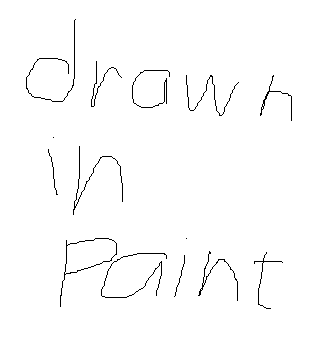 I translate the Paint image to an SVG using “Online SVG image converter” which I can import into Easel using File → Import SVG. 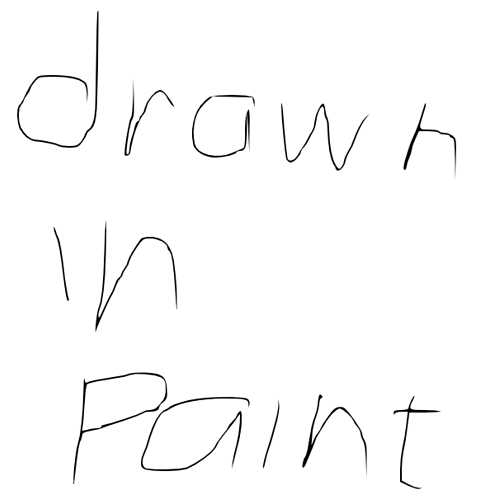 From there, I can tell Easel to “Cut on Path” 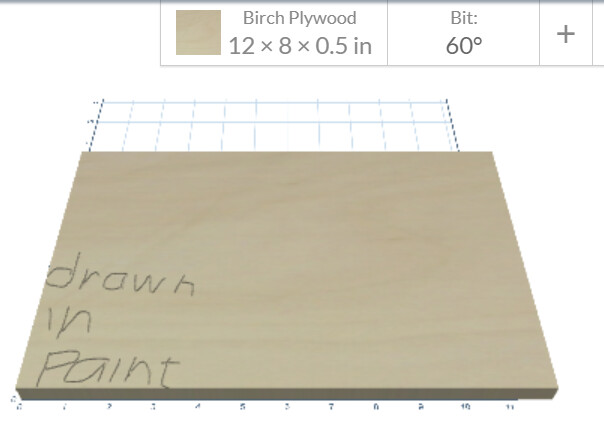 However, Easel will seemingly cut this twice. The reason is that the letters in the SVG drawing have thickness. You can see that below where I have removed the “infill” and left the “strokes”. 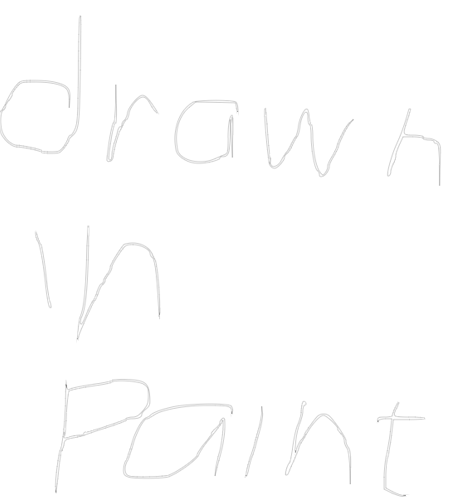 You will notice that the letters have a miniscule thickness. If I import this SVG into Easel, it will try to follow along all the paths. This means both the outside path of the “P” and the inside loop of the “P”.

To get the letters to truly be single SVG strokes takes a bit of work outside of Easel in programs like Inkscape. The same will be true of artwork you download from the Internet or images that you scan with a scanner.

I tried that 'online SVG image converter" and that appeared to work much better.

Except, it cuts the pattern on the inside on the outside of the line, and appear to cute

I just don’t get it. 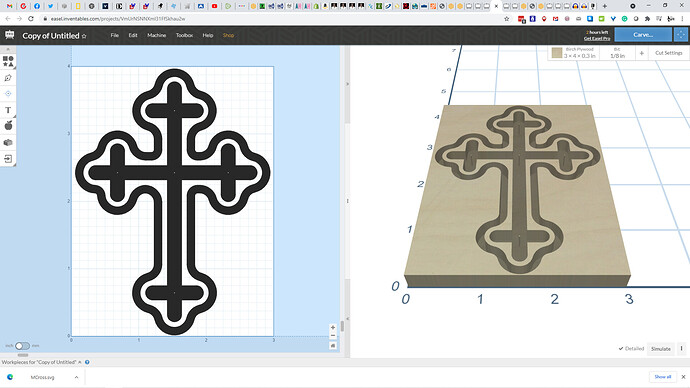 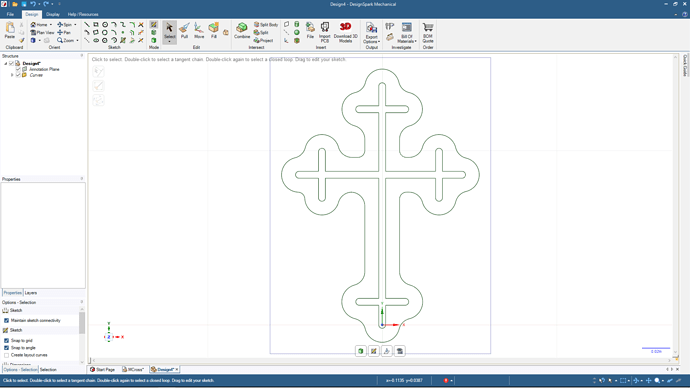 Easel can accept files in an SVG, DXF and gcode format. please make sure that the project in your CAD software is saved in inches as well.