Would you pay for something that works 50% of the time? Of course not!

Then why would you expect me or any one to BUY access to your EASEL PRO software when your BASIC EASEL isn’t working properly?

This is my design in EASEL: 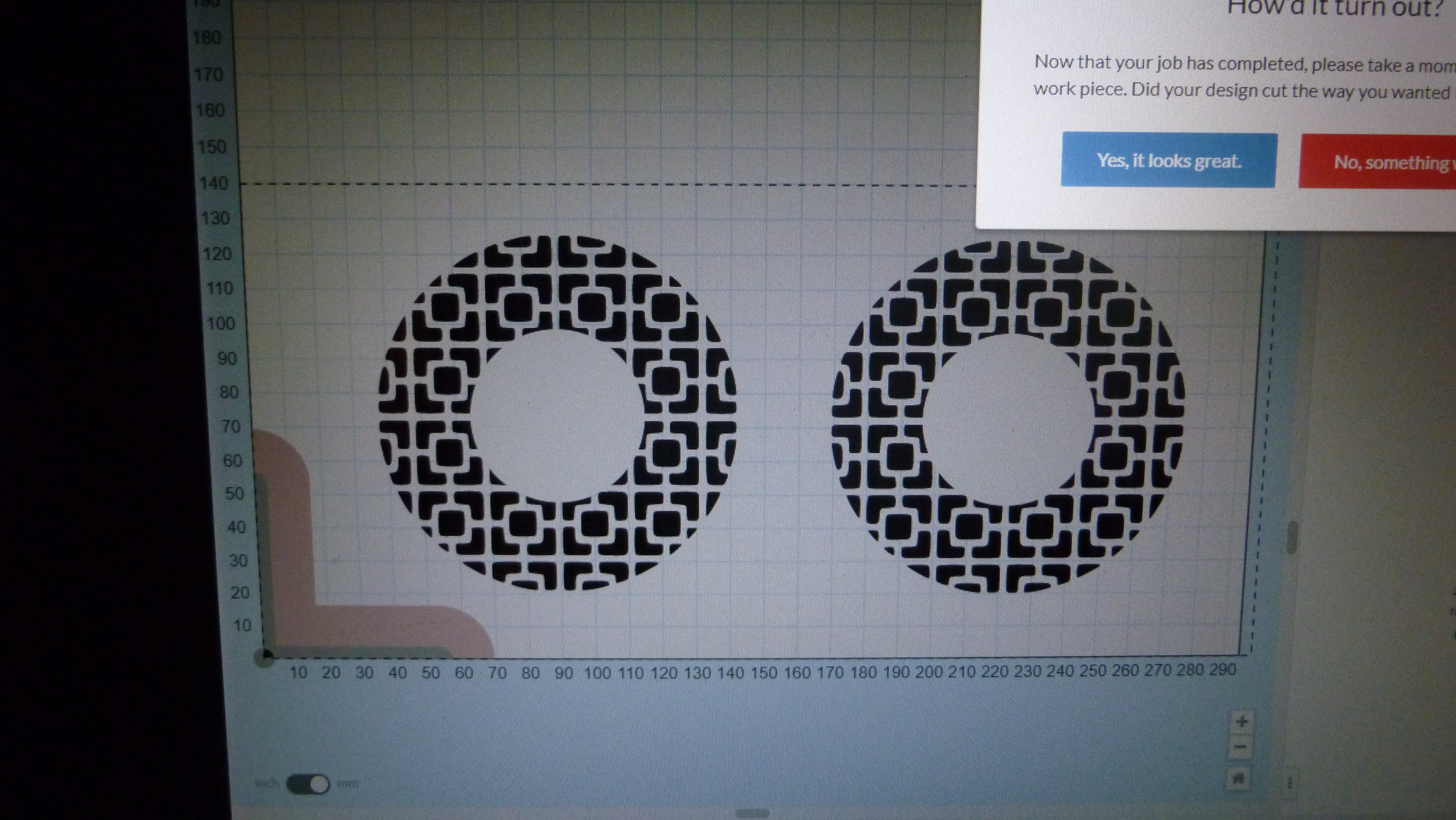 I made the first one on the left then copy/Paste the 2nd one.

And this is the result: 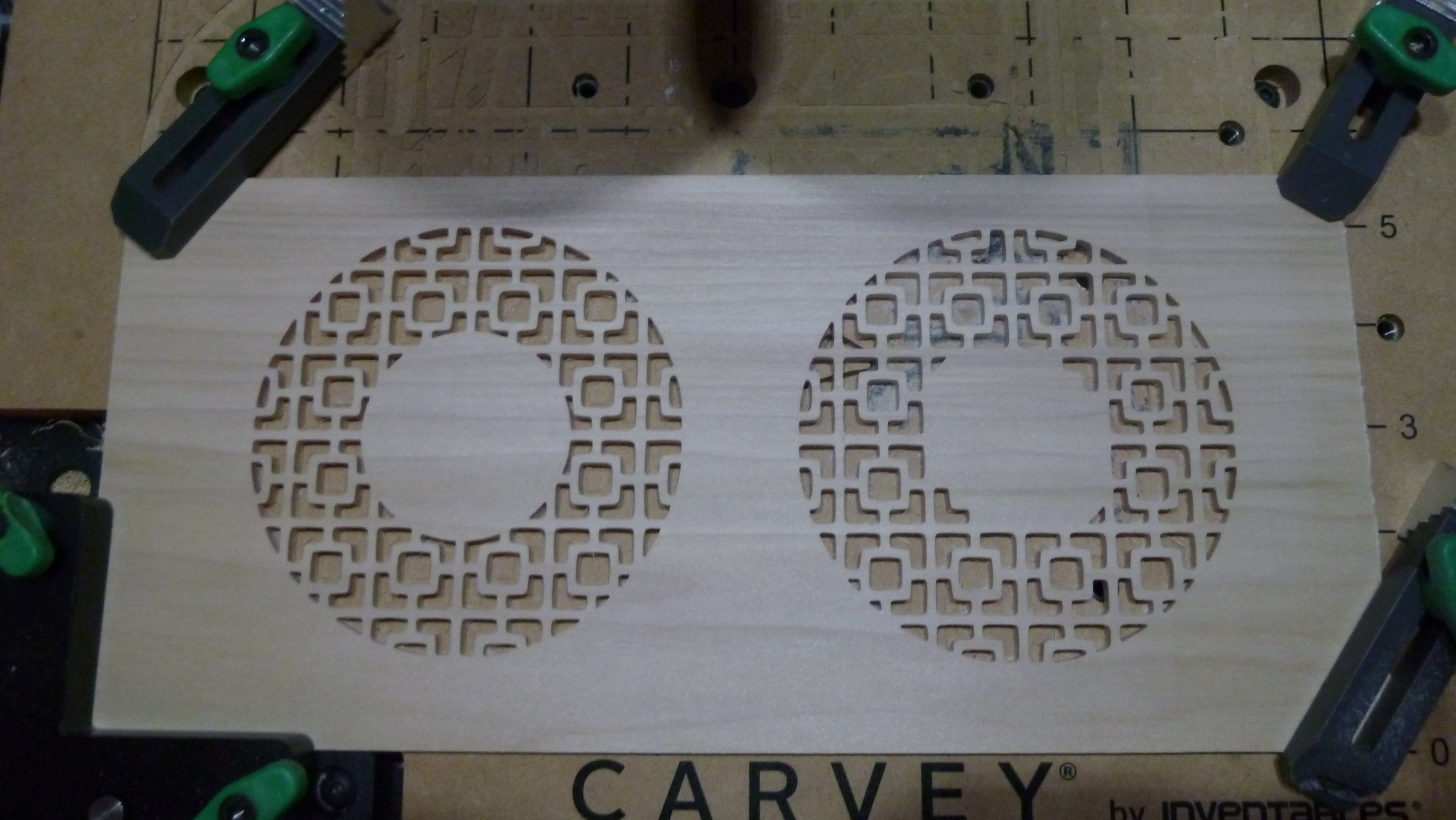 I’m using a 1/16" bit for the rough pass and a 1/32" bit for the detail pass
My settings were correct. EASEL simply decided to be CREATIVE on the second one.

This isnt the first time i’ve had issues like this and i’m wondering if others have the same problems.

I personnaly think that ANYONE who bought a machine from you should get FREE ACCESS to EASEL PRO…
Heck, i can’t even use it anyway,since EASEL BASIC scraps my projects.

If anyone wants to argue my position here… feel free to give it a go.

did you hit the red button to report it to Inventables?

Man that is a strange one.

No, i did not hit the “red” button…
Never got any feedback from Inventable each time i press it and i seriously doubt they received a notice about it…

Maybe with the copy of the first one something didn’t copy fully?

Looking at the carve results, it’s almost like one of the circles may not have copied properly.

What does the detailed preview in Easel show you?

@DanielGamache Can you share the Easel file?
Incorrectly generated gcode or sender errrors doesn’t usually result in geometric patterns. It’s probably something with the file.

It shows 2 PERFECT circles in the center, like it should be.

Out of curiosity, what does the simulate show in terms of tool paths? Does it show carving into the center circle?

Also, as I recall simply clicking the red button doesn’t notify them. It brings up the help topics and if that doesn’t help you, there is another button that actually sends them a report to request further help.

The tools path shown in EASEL are accurate and the same for both.

Yeah, i figured out that “Red” button a long time ago

@NeilFerreri1: The file was created inside EASEL

If you share the Easel file here, I, along with others, will take a look to see if there is something odd (other than the resulting carve).

image778×374 124 KB
The one on the right has an extra circle and a symbol in the middle. Removed those and: 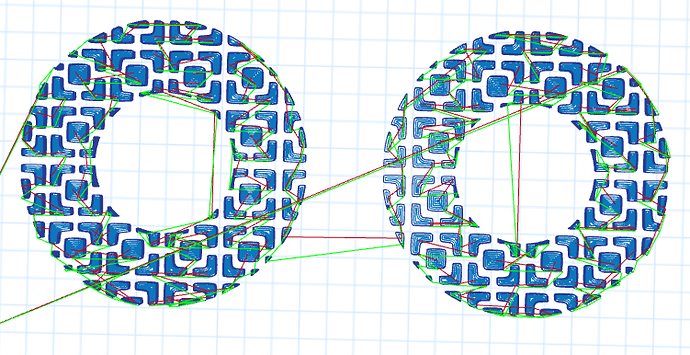 This is MY toolpath 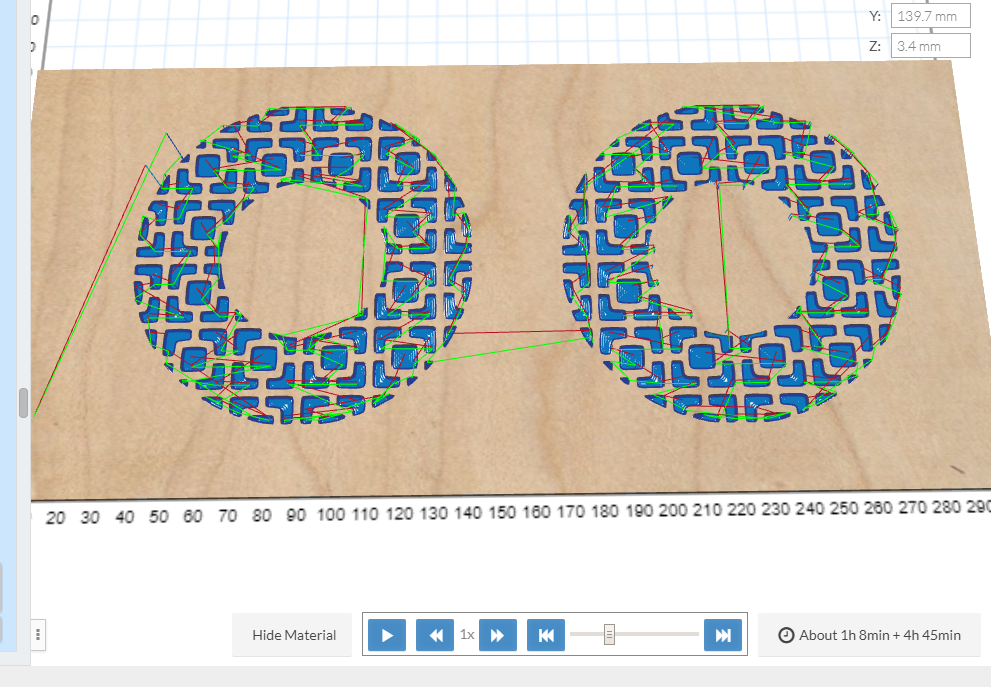 Now it is…you fixed it.

Now it’s changed back…I didn’t make that one up, it was your file. Anyway, looks good if you remove the extra circle.

But both circle are perfectly centered

It’s change because i’ve removed the extra circle and chinese symbol…
The toolpath displayed here is prior to those modifications.

I would not have carved the damn thing if i saw some incorrect results in my preview window.

This carving is over 6 hours long…

I would not have carved the damn thing if i saw some incorrect results in my preview window.

Definitely a problem when the detailed preview doesn’t show what the toolpaths are doing.
I’d send the one with the extra circle to Inventables support…it will help them to see the problem.

I’ll try re-carving the hole thing tomorrow to see if removing the extra circle and chinese symbol will resolve the issue.

If the carve goes well… Then there is something wrong with the software.

Since no one else has said it I will. Thanks for helping the guy out @NeilFerreri1 seems like you are onto something there. you sure did go to a lot of trouble to help that guy.

Well… Neil did find some leftovers i forgot to delete and thank you for that.

But still, it doesn’t solve the issue with the software.
Since those “Extras” were all at 0 depth and the preview window displayed the correct results
It is still a bug.

I will re-carve it and put my results in here to see if indeed the “Extras” were confusing the software.