I know there are lots of plans on inter webs for wood storage ideas, but I was wondering what the smart people here are doing to store the piles of small stock that we accumulate for carving. I need a solution fast before it all collapses in on itself and forms a singularity.

This is the best I have found so far 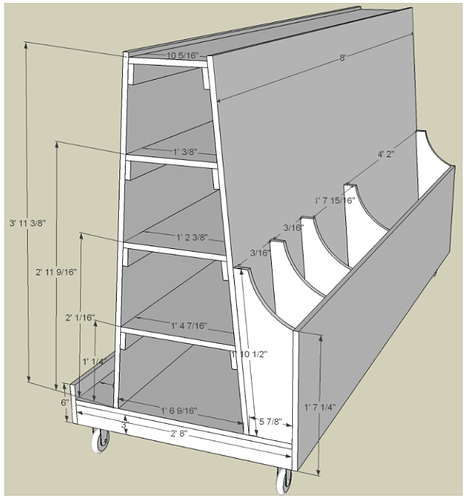 If you come up with something good…let me know 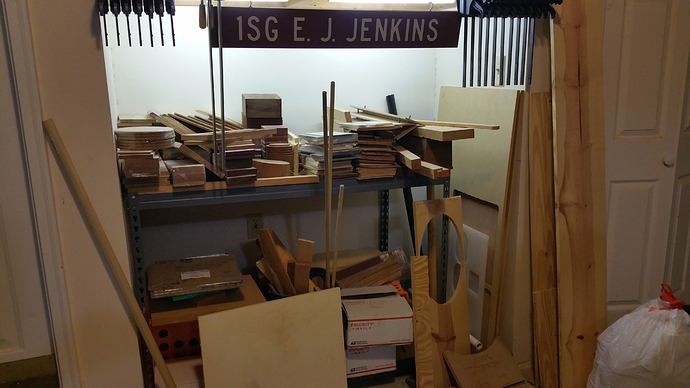 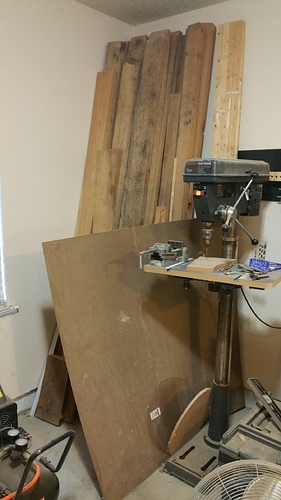 Workbench with built-in storage and caster wheels to move around the shop. 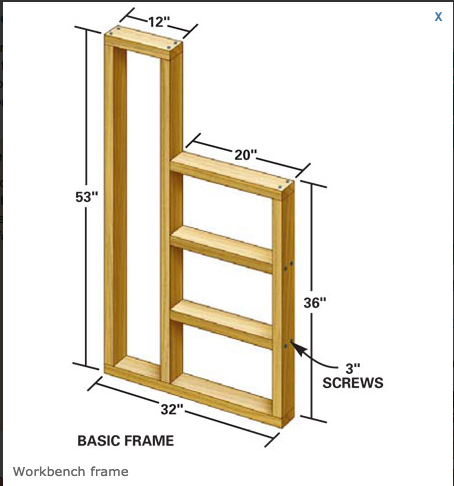 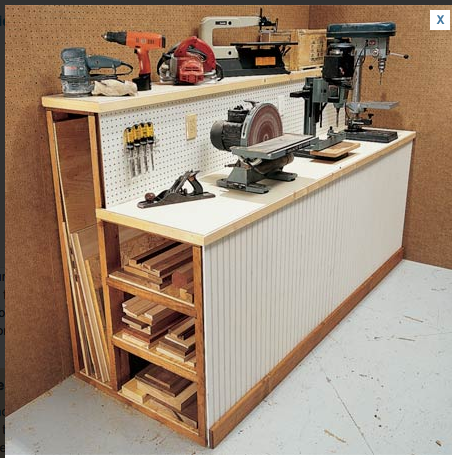 Here is mine. Looks to be mostly the same design. 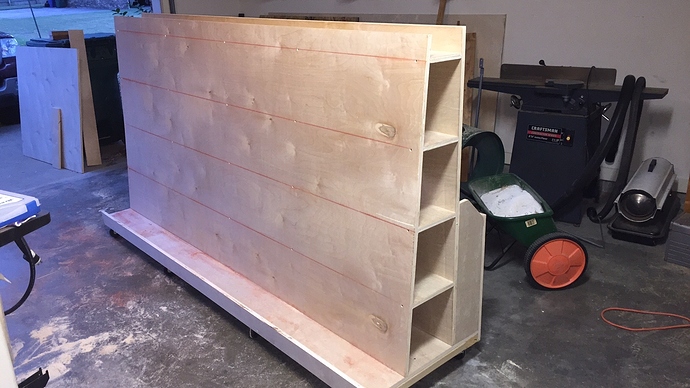 If you built it again would you change anything?

Here are pictures of my rack. The largest bin on the front side is slightly over 48" wide so I could store half sheets in there. The biggest advice I’d give is to use large wheels so it’ll be easier to roll when fully loaded. I used 5" wheels and they work, but I’d probably go bigger if doing it again. The interior shelves are a tradeoff between what’s the widest piece that’ll fit in there vs how disorganized and wedged in there pieces get. Boards will most likely get slid in there on end, not flat, so I’d make sure at least one shelf could handle slightly more than 12" wide boards - maybe make the space for the bottom shelf higher than the rest and it’s OK to have one smaller one at the top.

The other thing to know is that you will end up putting too many sheets of plywood on the open side and they will have just enough bend in them that it’ll be easy for them to start falling off. I’ve been tempted to put some kind of strap attached to the top with a weight on it that hangs down over the plywood to help hold it in place. 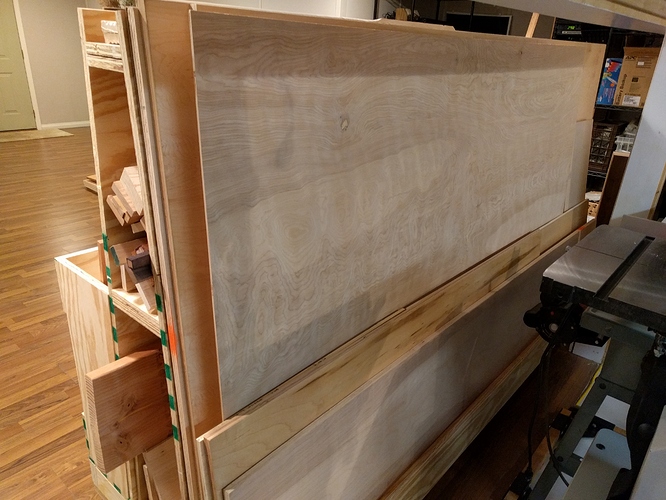 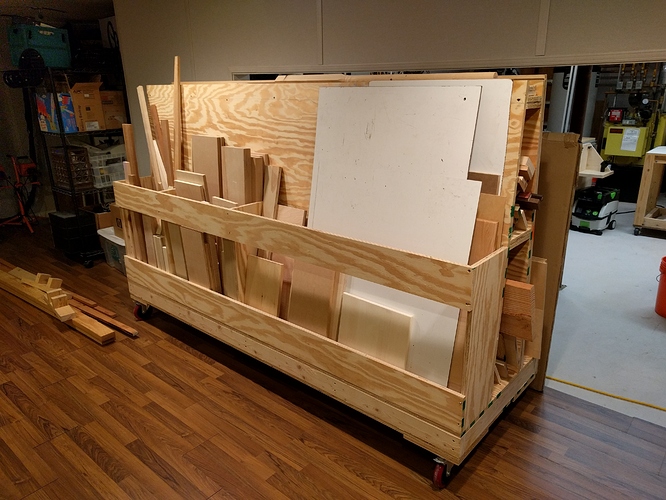 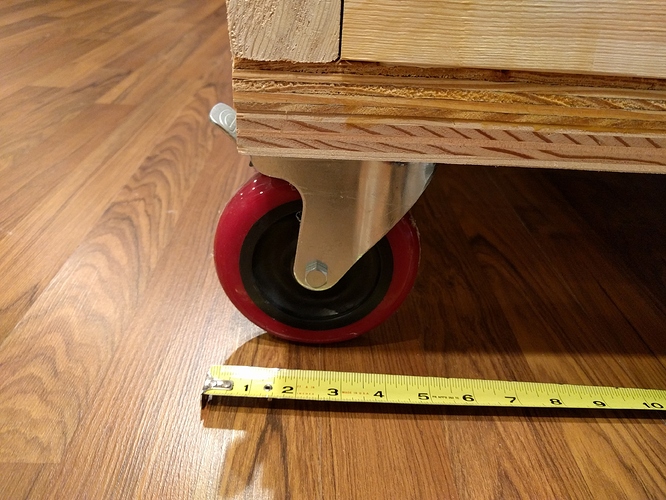 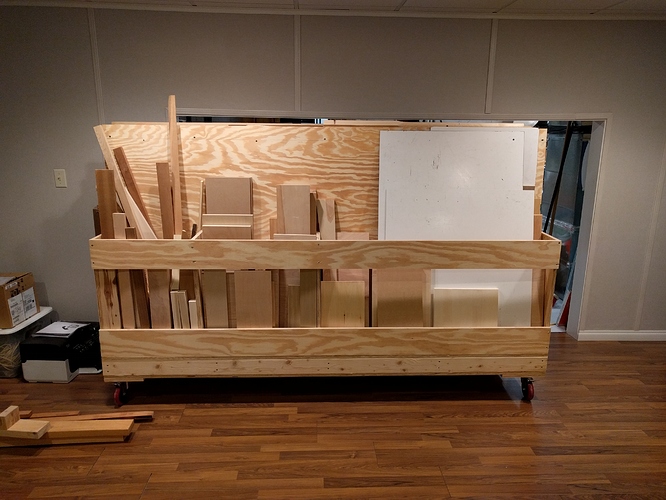 Overall I am happy with it. It works perfectly for what i is designed to do. I put 8 casters on it but they are pretty small. I would use bigger casters and better quality if I did it again.

I made one like the one at the top. I belive it’s a Steve Ramsey design. It works pretty good but I tend to pile too much on it. I made mine with 1/2" cuz I was trying to be a cheap a$$, it definitely needs to be 3/4"!

No matter what style you choose try to do as little horizontal stacking as possible!!!
9 times out of 10 the piece you will be at the bottom!!

That design makes me a bit nervous, especially if it would be on casters because it is all joints with screws into the end grain of 2x4’s and no triangular reinforcement. If that was freestanding and not against a wall you might be able to push on it and have it fold up.

I’m talking about the one B.F. posted and looking close I don’t see anything but butt joints. Also, unlike house framing it doesn’t have any sheeting on the ends. So if it’s got a full load of wood and you’re pushing it around it looks to me like you’re stressing all those butt joints loose.

I’m a programmer, I was looking at the specs, not the implementation

That’s a little better, but also notice the built version doesn’t have casters and is against the wall. Since there is no sheeting on the ends I still wouldn’t want to stress those butt joints with screws into 2x4 end grain.

wow I need one of these.

I do like the idea of hiding the wood and having the work surface above as opposed to wheeling a cart of wood around… great ideas!

But having all the short pieces standing on end makes finding and getting it much easier than when they are lying on top of each other. Having the vertical storage bins is a must have for me.

This is true… you know I will be doing both.

my company throws away cardboard tubes 6’ or larger away and I am going to get some for some of the smaller wood that will fit that is long. 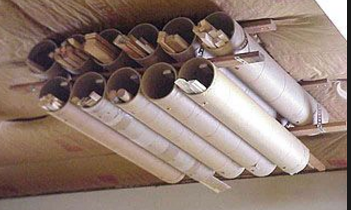 I like it too, it just has to be built with something better than butt joints or you’ll probably have the opportunity to build it again. At least use dado joints like Phil noticed in the implementation, not the plan above it.

i’m also a carpenter and having same size of shop. great initiative, i can do this type of work soon.