At the Easel Pro launch event I saw the JUMANJI Board Replica Thread! fan art project and practically fell out of my chair. It’s really cool.

It’s bad…I mean it’s really bad. It’s not for everyone. For some people they laugh so hard that their drinks come out of their nose so be careful. Either you will hate it and burn the cards or you will laugh so hard that you might need to go to the hospital from a herniated disk. I’d be interested in stories from both types of experiences.

Anyway the employees at Cards Against Humanity are really into games. They make all sorts of games. One of them made an “escape box” on the Carvey. It’s like an escape room in a suitcase.

Has anyone ever made any wood board games like chess or settlers of catan or invented their own board games and made them out of wood so they look nicer than the typical cardboard style ones?

I’ve done catan boards and parts, as well as card holders for Dominion, a “shut the box” style design for the score sheets for Qwixx and a Magic the Gathering table-top board for holding the deck and life counters. I’ll try to find some pics, these were all gifts and sadly most I didn’t take any pictures of. I’m really bad about that. So bad in fact I’ve attached a go-pro mount to the ceiling above my assembly table and I’m working on a way to have it take time lapse photos whenever I’m in the shop so I actually have evidence of my creations

I would like to see the “escape box” if you have links.

Technically not a game, but this:

Part 1 here An Ouija board is not complete without an eye planchette, so I needed to make one. As a design I found this really cool image on Google: I really like the style of it, but it is a very …

What do your Catan boards look like? If you can find those pics that would be awesome. There is a big Catan community out there.

I don’t have any pics of the “escape box” but I’ll email my buddy to see if he can send some.

No sadly I don’t have the time for that.

I found the source image as a tshirt design. It was really grungy and dirty, so it needed a lot of cleanup. And I gave it my own touch. But I can’t take credit for the design itself.

What do you use the Ouija board for?

Oh, we are huge Catan fanatics here, we have every expansion for the game

Let me see if I can get the gift recipients to send me some pics.

Basically I’ve done 3 different Catan designs. One is a board for the standard game, it takes the place of the blue “sea” border pieces, but also has a bottom with depressions to hold the land tiles. It was designed to prevent the constant shifting of the tiles. I’ve 3d printed many of the 3D tiles, and use those with the custom wood board.

The second design was similar to the first, but also included card and settlement/city holders for each player, with sliding dovetails around the edge.

Last one was a larger board so you could play the knights, seafarers and pirates expansions, based on the same hexagonal land tiles, depressions to hold them and locking border pieces.

I still have laser etched and / or vcarved tiles on my todo list.

Ummm @PhilJohnson that is ridiculously awesome…

Do you call it Battle Boats @PhilJohnson because you aren’t making the game that I played as a child and don’t have the express written consent of Major League Baseball?

I have a design nearly complete for my own Settlers of Catan version, but an international work assignment is keeping me from my machine. It will be my first project once I’m back stateside.

Here’s a screenshot preview of what I have in mind. (It’s also a perfect chance to test out the new V-carve capability in Easel!) 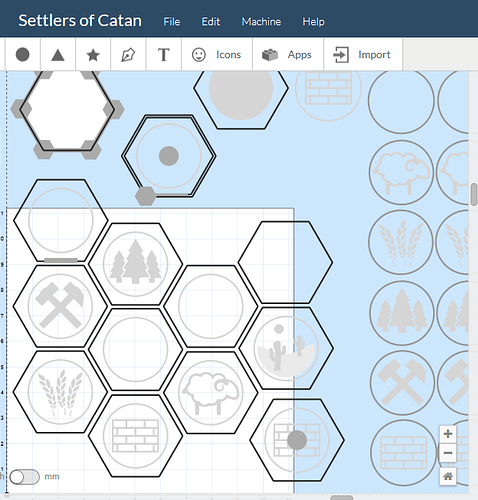 Funny you mentioned that, it was one of my first carves. Fits all of the expansion packs and special edition packs (as of now anyway). I used some scrap walnut laying around, nothing special. 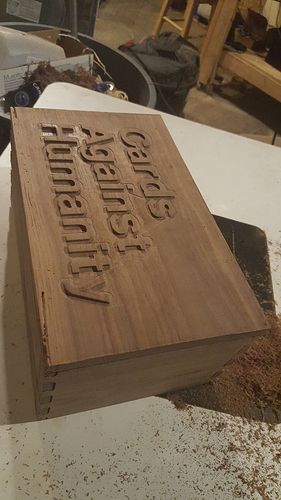 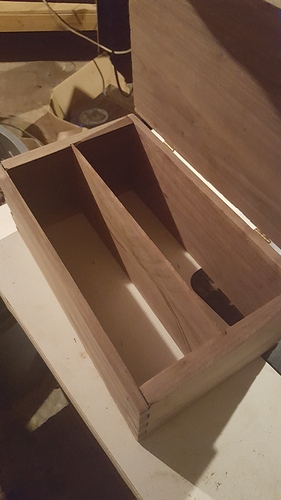 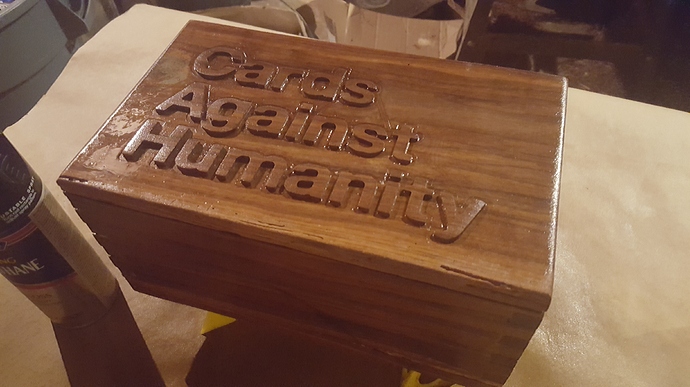 please tell me where the pegs go, shot glasses fit in there now

I did not, sir. just hopeful wishing

“you sunk my battleship”
“yeah, now sink that tequila!”

I made an Easel file of some generic Catan tiles to put 3D terrain on a few months back. I’ve not been able to revisit. 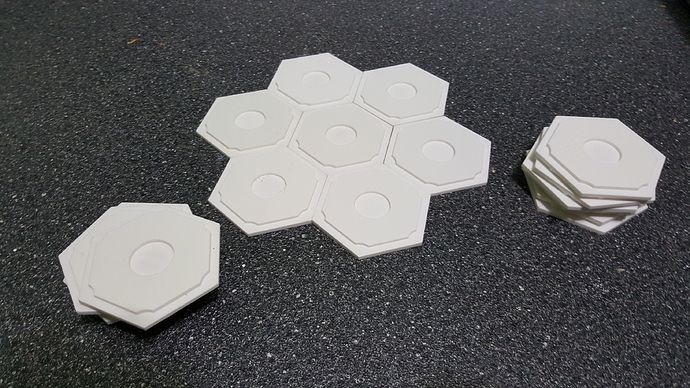 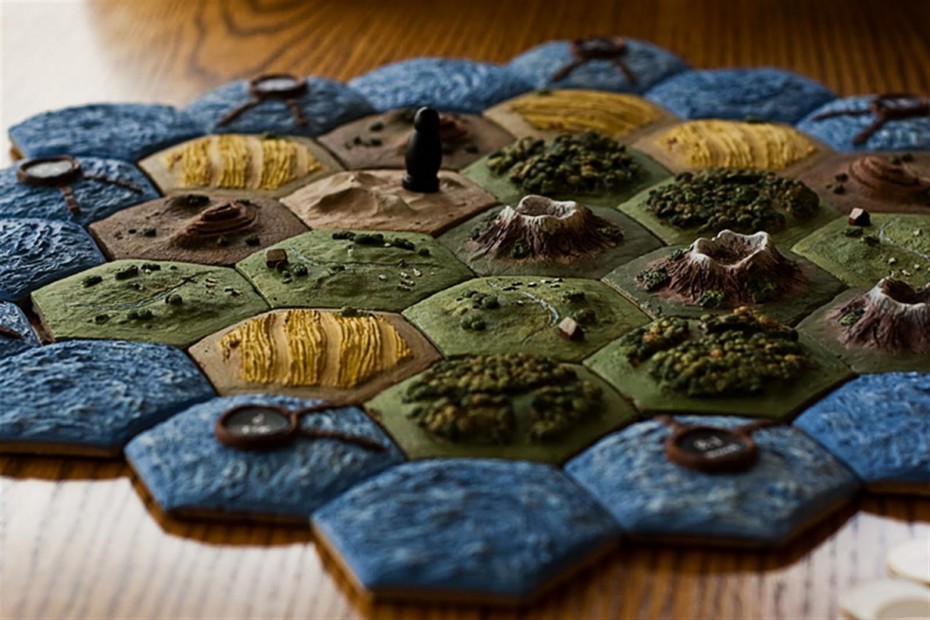 Yes. I was going to do the terrain in ZBrush, but things got really busy.

That is SOOO Cool!