Finished my 750mm X-Carve a few days ago and thought I’d throw this out there for anyone yet to put theirs together: Get a set of dental picks! Not the big clunky mechanic’s pics, but something like these.

They’re great for centering the washers inside the v-wheels, but they really shine when it comes time to route your belts! With one of these and a flashlight I was able to route the X-axis belt completely through from the side, rather than coming in from the top in the middle like the instructions advised. MUCH easier. And if you’re worried about damaging your belts, you’ll have WAY more than enough to cut off the first few inches where the pick hooked into it when you’re done.

This is a similar technique, but doesn’t require anything other than a bit of masking tape and an Allen wrench.

Create a loop with some masking tape (higher-visibility, like blue or green will make this a little easier later). Embed the belt in the makerslide track: 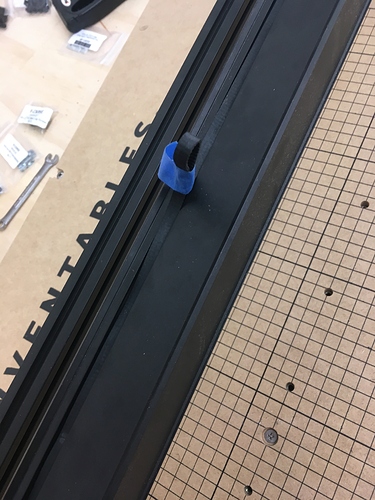 Roll the carriage over the belt and loop until the top of taped portion is directly under the pulley for the x-axis. This should leave the loop you made between one of the idle wheels and the pulley if you’re looking directly down on it through the carriage: 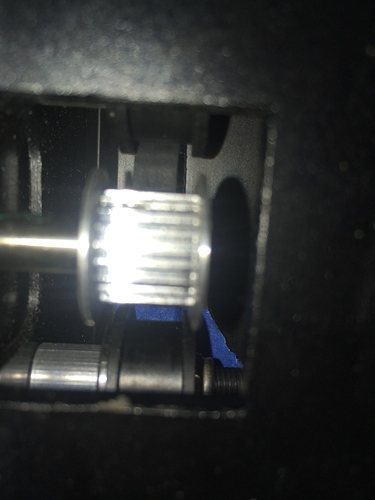 With an allen wrench, reach down and hook into the loop. Pull the loop up through the carriage until the entire taped portion is above the carriage, remove the tape, and loop it over the pulley. 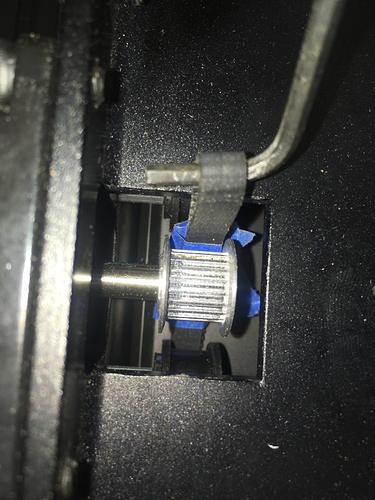 Tension the belt as was done for the Y-axis belts. 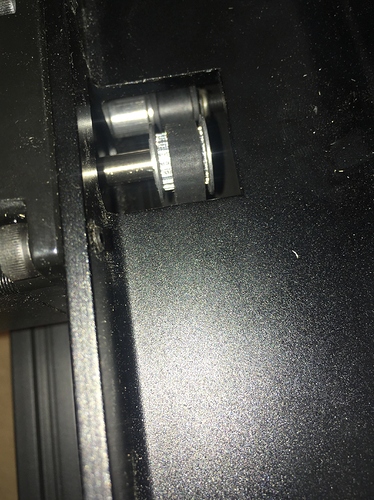 Good luck, and I hope this helps some folks!

Repeat with the other end of the belt and the other side of the pulley.