Hi guys, just purchased a 2nd hand x carve and while giving it a few test runs i noticed it was off centered by + 0.25" on both the x and y axis. Any thoughts?

Off centered from where? Is it cutting out of round/square or in the wrong location?

For example I’m trying to carve out a box and instead of being dead center it’s over to the right and down about + .25 inches and in easel the carve of the box is centered

Totally understand that and I have zeroed my bit on the bottom left of my material as well but for whatever reason when it cuts it’s adding more distance than what I want. This is my first CNC anything machine so I’m not to familiar with the initial setup. I did purchase it fully assembled but I wonder if while being hauled for 40+ miles in a truck would have caused something to become misaligned? Is that possible with this machine?

Will do! Let you know if it works, thanks! 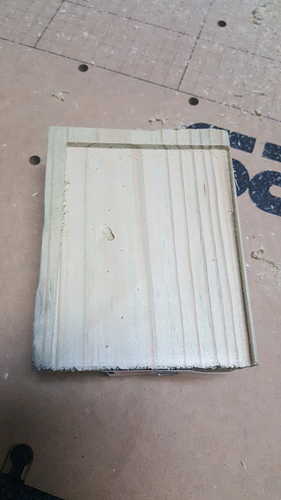 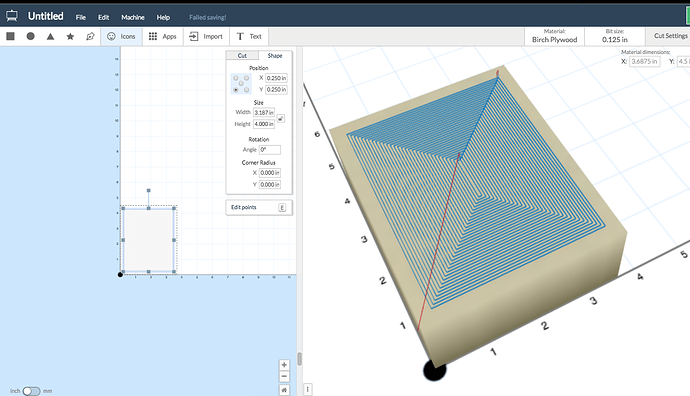 I’ve never used a machine like this or had any experience with g code but can you change settings on this machine and save it? For example can someone program this machine to always start .25" off from the zero point and save that setting? I don’t know if I mentioned this before but I bought this machine already built and supposedly “ready to go” off of someone and I’m wondering if they had modified the defaults. And if that’s possible is there a way to reset it back to factory? 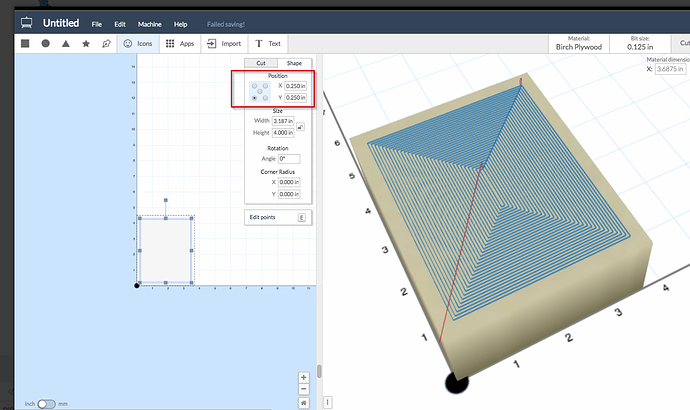 Because I need this to carve out the dead center of this block of wood. The .25" is the space I want to have from the outside edge to the inside edge, understand?

It’s not that I don’t want the offset from zero, it’s that there seems to me an additional offset in place.

If your stock is pretty square, mark the center of stock, change location in Easel to the center and make position 0,0. Then line cutter up with mark and see what it does. 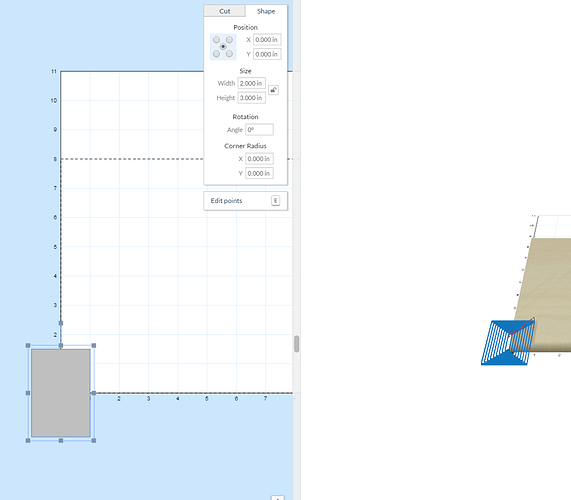 Is the center more critical, or is the border?
Note the CENTER of the shape is 0,0

EDIT: I think is what Stan said; mark the center of your stock, move the end mill to the stock center, and carve.

Yep, that is what i meant… Assuming his stock is the size he wants he should get the correct border width unless there is something screwy throwing it off by .25.

I’ll give this a shot but here’s what I’m trying to accomplish. I’m making box mods for vaping out of stabilized wood. Im ordering the blanks online and then cutting them out myself. I’m just practicing on cheap home depot wood so I won’t ruin $50 blanks. 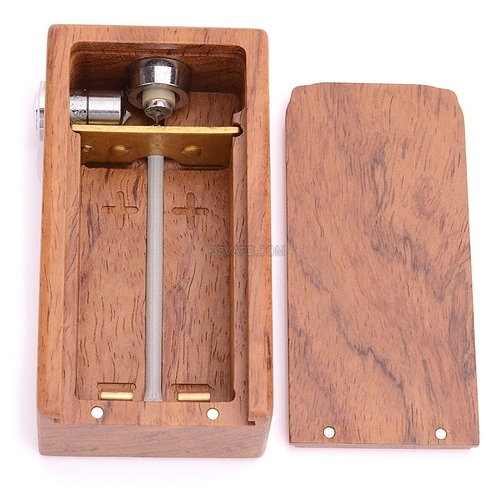 Ok I totally get it now.

So, just to make sure I understand, I would create my carve in easel using its Zero point as my center and then I would position my end mill as usual to the bottom left of my material. Correct?

Got it. I’ll post the results as soon as I get back to the shop

So I went to try what you guys suggested and I ran into another issue. My x axis isn’t moving. The motor is firing but it won’t jog. Its as if something is holding it in place. I checked and readjusted the vwheels, belt and connections and nothing. If I give it a little nudge with my finger it moves slightly. When the machine is off it moves freely but once in a while it feela as if it’s catching on something. This thing has seriously become a P.I.M.A!