Just found this thread and loving what you have done thus far!
-I really thing the rotary encoderso for moving the axises would be even better. Only 3 knows instead of 13ish buttons!
-Maybe instead of having it say laser on/off just have it say AUX on/off?!
-Lastly, I don’t really see the need for the mm/inch button if you already are going to have one for changing between micro/macro.
I’ll definitely be interested in h9w it turns out!
Keep up the great work!

Good work!
Hit me up for your second iteration release and maybe you can shove https://cdn-shop.adafruit.com/product-files/3269/pinout_wroom_pinout.png into it and websocket directly to the EaselLocal driver.

Been a while since I’ve made much progress on this with so many other projects but I finally finished the final design (for now at least). I ended up making it much smaller than the previous photos I shared. I found some improved methods with the code to cut down on the number of buttons. Unfortunately one of the chips I currently use has been out of stock for almost 4 months so I can’t make any to sell at the moment but for anyone still interested I will keep this post updated when they become available.

I used it today for the first time in its complete capacity and worked quite well. I was able to completely set up several cuts without ever touching the computer. The label layer needs a little adjustment but other than that I’m pretty happy with it.

New overall size = 6" x 4" x 1-1/8"
All the buttons on the RH side are programmable to any g-code with the exception of the POWER button. I will adjust these as I go based on what I find most useful.
Rather than “macro” vs “micro” as I did previously, the STEP button changes the step size according to the top 4 LEDs. This mimics the Easel interface. 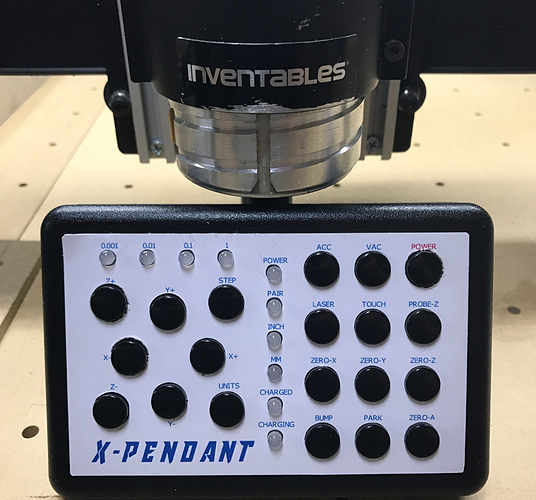 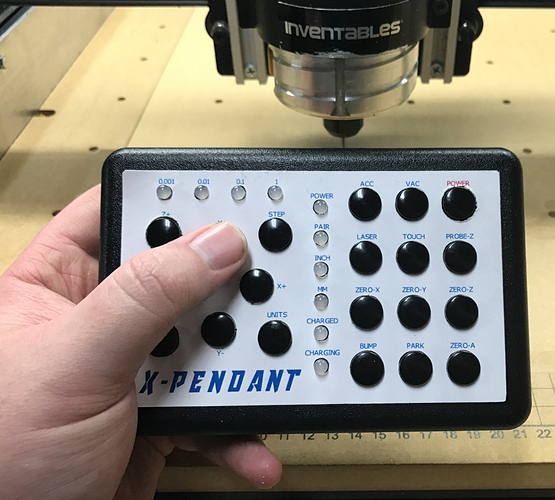 Please contact me when you have these for purchase!!! My email is donspells@comcast.net.
THANKS!!!

This is a game changer. Great job!

Yeah, I started writing a Windows phone app to use Bluetooth to communicate with an arduino that I would then use as a keyboard wedge, but my schedule changed and I haven’t gotten back to it. When I start up again I’m thinking I may switch to an android phone app, since so few people have Windows phones…

But would this also somehow work with the X-Controller? I assume not, eh?

Would there not be too much lag if you used a smartphone app to send inputs?

@BobJewell My current price is targeted at $165. Since one of the chips is hard to come by I’m investigating an alternative as I know a few people were interested in getting one.

One of the issues I was still facing was that the console is buried under a few layers of menus so after a job or at any point I wanted to start using it, I would still have to go back to the computer. Fortunately, with the Ctrl+Shift+D shortcut to open the console I learned about recently, I can now open and close the console from the pendant making it a little more “wireless”.

I WOULD LIKE TO PURCHASE ONE OF YOUR PENDENTS. 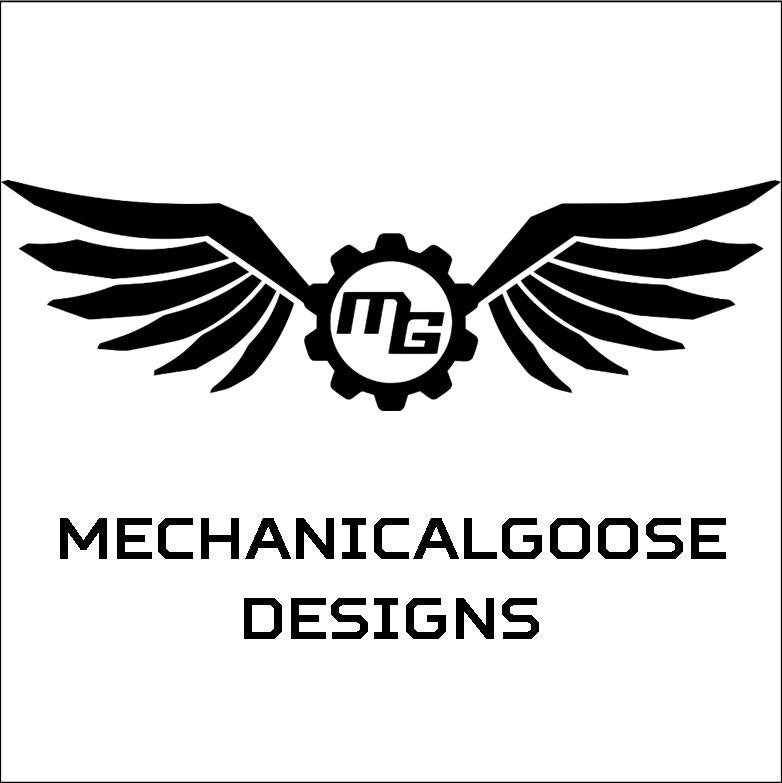 You searched for: MGDesignsStore! Discover the unique items that MGDesignsStore creates. At Etsy, we pride ourselves on our global community of sellers. Each Etsy seller helps contribute to a global marketplace of creative goods. By supporting...

Continuing my adventure for an X-Carve Pendant. This is a very much overdue update to: Unfortunately the wireless circuit chip that I was using has been obsoleted and I couldn’t find one that worked as well as it did. Although I have used my wireless one for about a year and it has worked very well I wanted to simplify it, allow more flexibility, eliminate the lag and reduce the cost. Even though being wireless was a cool factor, I found that it actually didn’t add a huge amount of value si…

I saw these are sold out. Any idea when more will be available?

I’m working on getting some made now that the holiday’s are winding down. I’ll let you know when they are available. Thanks for reaching out.

Are you setting up a waiting list for these Beauties???
I’d love to get on a list to be the next one to get the latest model…

I’ve added a few to the inventory. I will have some more soon as I’m waiting for parts. 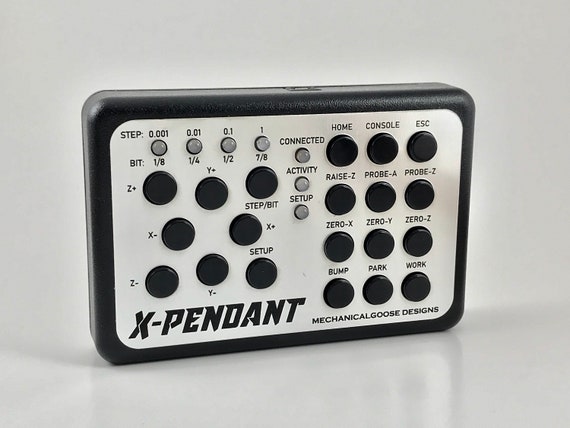 Introducing the X-Pendant. This a custom keyboard pendant for controlling a GRBL based CNC machine through popular controlling software. The pendant can control the jogging, probing, and zeroing as well as other features in both Easel and Universal...

I just bought the last one!