Fellow X-carvers, I’d like to share a project I’ve been working on for the past few weeks. I’ve used my share of simple interfaces including a USB numeric keyboard, wireless keyboard and USB Super Nintendo controller. Although they were simple, I felt it was too simple for what I wanted to be able to do. So I have created a wireless bluetooth pendant to perform the following features.

The photo below is prototype #2 and so far has worked without any issues on both Easel and UGS. I plan to do a more detailed write up for more explanation but its far enough along that I would like any initial feedback from the group and any other actions you would find useful to be incorporated.

I will try and do a video later this week showing it in action. 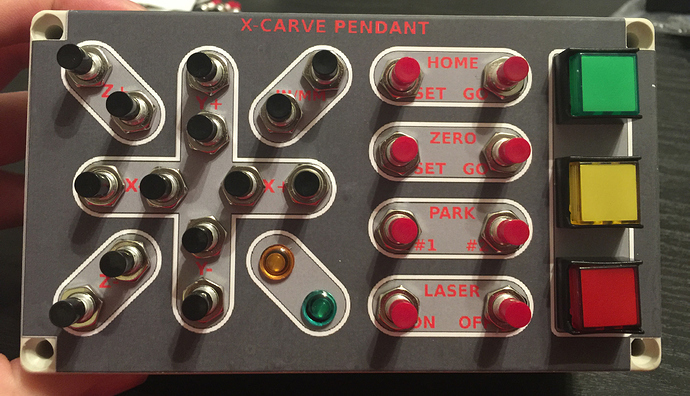 Jordan, that is brilliant! Are you taking orders? Wow, just wow.

Dang Nice Work!!! Shut up and Take my Money!!!
Any plans on posting wiring diagrams?

I know what my x carve wants for Christmas!

Looks great! Does this work as a keyboard or is it being integrated directly into the g-shield? I’m curious how the jog is set up if it used as a keyboard.

When finding home for a project, I switch between .1 and .01 more than I ever use IN / MM. That’s my only suggestion. Otherwise, this is mindblowingly awesome!

Wow, that is insane. Mine’s still not even up and running yet and I want one.

Do the square buttons on the right side, also work in UGS? What do they do?

All, really appreciate the enthusiasm. Will try and answer the questions so far:

@Bill_Leach - Not quite yet but I do plan to try to make them to order once I get it simplified and work out any bugs as this current prototype is tested more.

@PhilJohnson @DonSpells - Not sure yet, I don’t want to base a price on the prototype because it will always be more than the clean version. I think I may offer up the plans for it to the forum and then offer for sale a complete unit or a kit for those that want to build it themselves but with the components made ready. More to come on this.

@PhilJohnson - All the buttons would be customizable but what I have currently for the Park #1 is a G53 command to send the machine to middle back which requires the machine to be homed. But it could be setup however you wanted.

@EricMccord @PhilJohnson - Currently there is a 1 and 0.1 increment in each direction for each axis. The idea behind the IN/MM button is to change these buttons from 1 and 0.1 inches to 1 and 0.1 mm as a jump from gross to fine adjustment without having to have more arrow buttons essentially. You would be able to set the increments to any level you want.

@cncrockstar - These buttons invoke the Arduino pins A0 (Red=Reset/Abort), A1 (Yellow=Feed Hold), and A2 (Green=Cycle Start/Resume) directly through a wireless relay. I always found it cumbersome to locate the pause button or hold button on the computer screen and sometimes going through the software there is a delay. This way it is fed right to the board with a easy to find button.

Can’t wait to see what you do next, although it looks like you have already thought everything it needs.Let me know if you are going to any beta testing, I’d be happy to buy into that!
~Bill

Wow!!! I would definitely like to get my hands on the wiring diagram and/or materials list for this…! Here is the box I fabricated to run X-carve (now named D-Carve) with J-Tech laser with pass through to my X-Controller to run it with the router…The pendant is a cool must have for me… 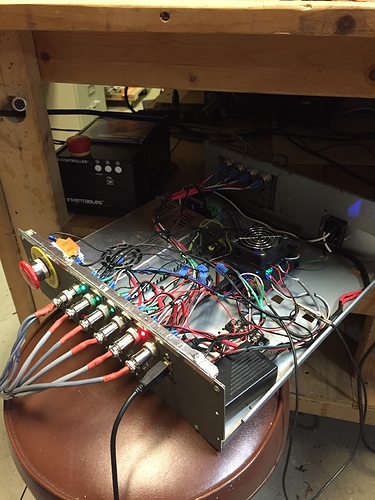 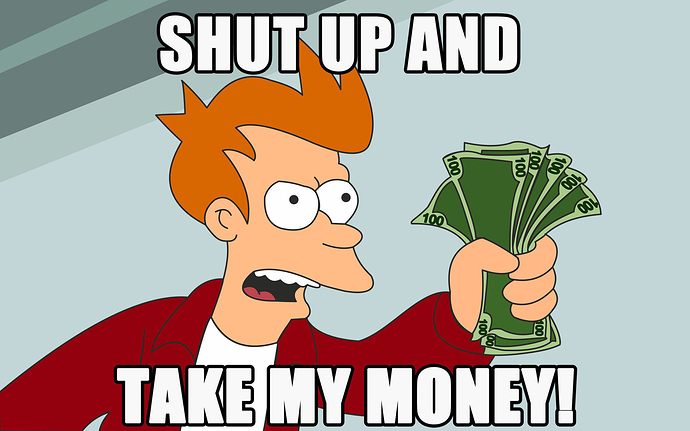 Looks great! Do you just use UGS on the computer side to send the shortcuts?

This is absolutely incredible, want want WANT. I will be following this development closely. Thanks for sharing.

Here is another update showing the UGS and Easel side of pendant activity. It’s not as clean in Easel but still very useful. Perhaps the Easel folks can add a console box on the main page as I mention in the video (hint hint). This would be great for an “advanced user” mode for Easel.

Hope this answers your question @Rusty

So, As I understand it, You need to be in the console tab in UGS to use the pendant?

If one were in the machine tab it would not function ?