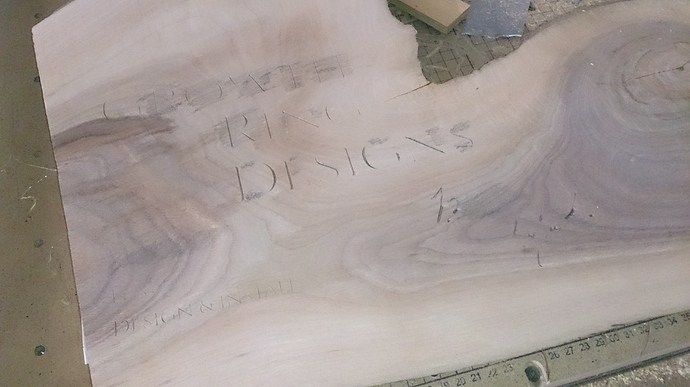 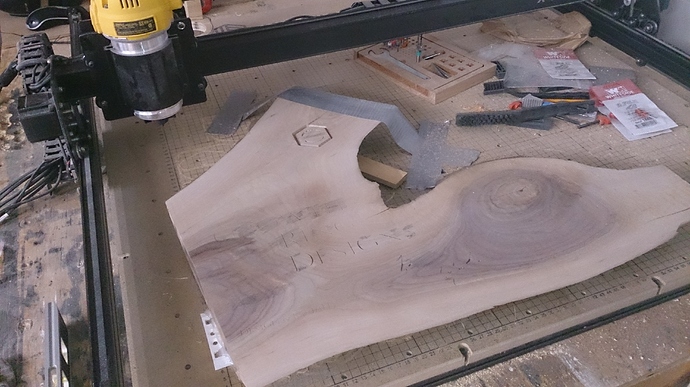 I’ve been trying all weekend to V-carve a piece of wood that isn’t entirely level, and my brilliant idea was to run a test carve, then adjust the depth of cut on the various elements as necessary to get them where I want them. I did that yesterday until I got to over 1/2 " depth of cut, and it wouldn’t change the depth at all…it seemed to run the same depth everytime. Any ideas what I might be missing?

What exactly are you changing to get the deeper cut?

The depth of cut in the cut settings, that way I can alter it for each element.

What does it do? Aircarve? You rerun the project or try tyo pause and do It? You reset your z height?

The depth of cut in the cut settings, that way I can alter it for each element

The cut settings meaning the spot with the feed rate in the upper right?

If so, That won’t change how deep it’ll carve, just how deep per pass. 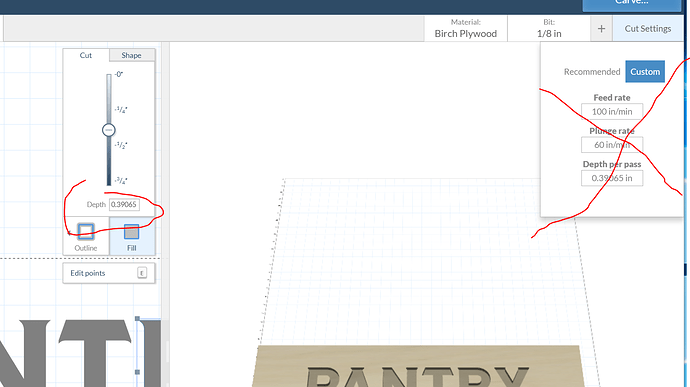 Depth setting on the left. It partially aircarves, you can see in the picture where it makes contact. I would run the whole carve, see where it contacted and where it didn’t, then go in and adjust the depth of cut for each text box or graphic to make it deeper. I did this in increments of .05 " until I had the depth of cut at .55", but it didn’t cut any deeper on the parts it had already cut. What you see carved was showing after about .25 - .3 ", but wouldn’t go any deeper on successive cuts. 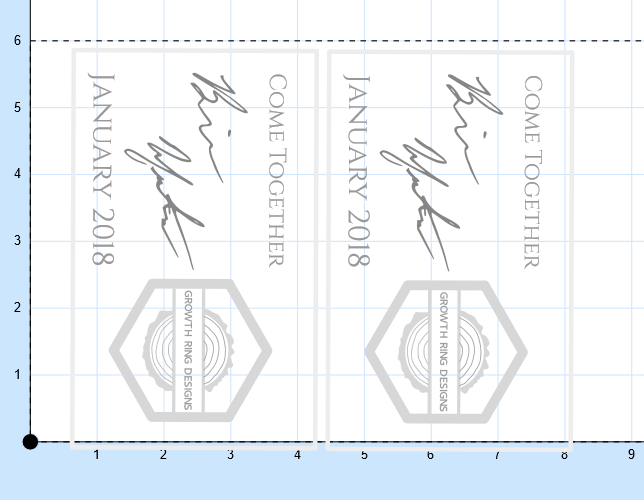 It’s the second workspace of this project.

First off you need a flat surface to vcarve. Get a 3/4’ bit and surface your stock. When you vcarve max depth is set by the software. @PhilJohnson has a great thread on vcarving, it’s long, start from the beginning. Phil's random vcarve posts (phil's projects) Just about everything you need to know about vcarving is in there.

Chris is correct when using V bits in EP the depth is automatically set based on the width of the text.
You can only reduce the depth creating flat bottom in wide areas.

So if I have two text elements, and set one to 1/4" depth, and one to 1/2", it won’t actually drop the z-axis past a limit the software sets, just essentially fatten the letters…am I interpreting that correctly?

I think you have it.
Play with it and used the detail preview to see the effects.

The bit will only go as deep as it needs to to fit between the lines unless you set a flat depth. 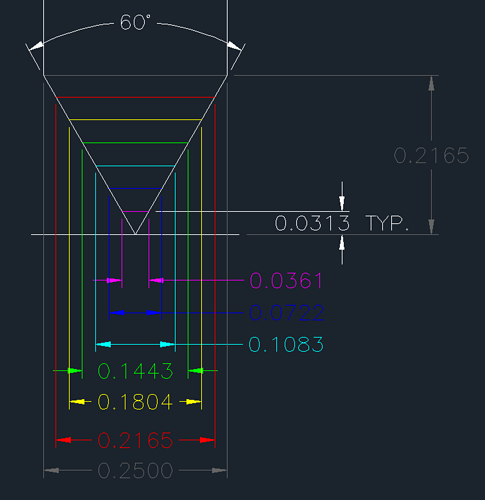