Been too long since I built my machine. Can the XController be opened allowing access to the dip switches without disconnecting all the wiring? 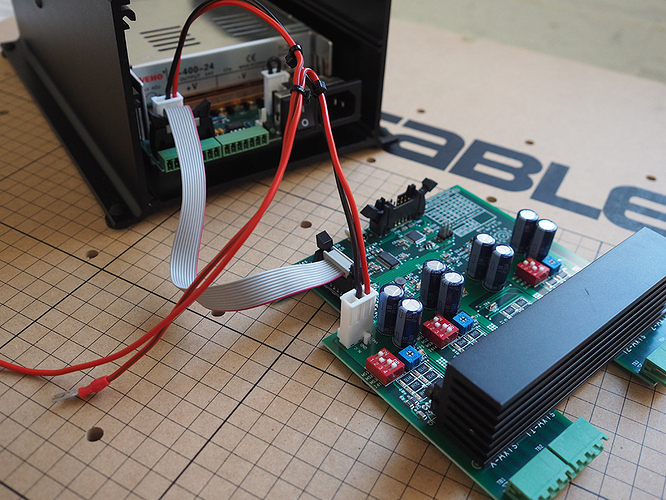 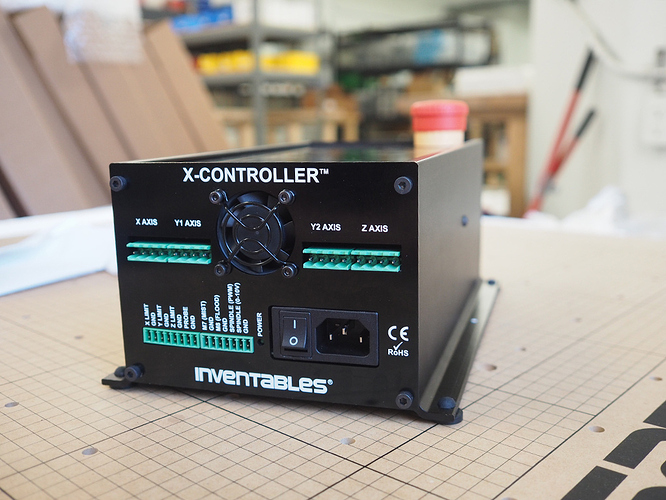 That’s a good question because I haven’t done my switch #4’s yet either.

Based on Russell’s pics, that would be a ‘no’.

I don’t have an X-controller, but couldn’t you remove the front panel and slide the top forward?

Wiring for the E-Stop button will limit how much the lid can move. I haven’t tried, but I don’t think there is enough length to move it far enough. With that said, it wasn’t a difficult build. Deconstructing it should be easy enough.

OK. I just took a deep breath and decided to find out myself. The short answer is Yes you can do it without taking the whole thing apart.

Next you’ll find the Emergency switch has two red wires on it. The wires are soldered to terminals that can pull out when you loosen up the two screws first. The two small screws are retrieved from the bottom of the housing. I thought it was a push on terminal and yanked one off. Luckily it is the fork type and it came out without breaking. I found it easier to remove the wires with the controller on its end. I used a small phillips screwdriver to loosen them.

Once the two wires are off (actually I got lucky and only needed to do one) and that provided enough slack to slide the top panel back and exposes the DIP switches. I moved the #4 switch buttons to the off side and buttoned it back up.

I had also removed all the plugs from the back and took that back plate off thinking that would be helpful. I had labeled some masking tape around all the wire groups with X, Y, Z, and Y2, so putting it back together was simple.

Make sure the power is off and unplugged. I hope that helps those wanting to do this. I tried changing bits and it actually didn’t move on the belt, which is a nice relief.

@MartinW.Mcclary, thanks for taking one for the team. I have some time today, so I’ll go the same route, the front door as opposed to the back.