I could use some troubleshooting help.

I have done 3 carves since the machine was set up. First one (the hello world demo carve) had a Y-axis anomaly and was aborted; mid way through the carve, after a few depth passes, the Y-axis was off by an inch or so.

2nd progressed but I had easel issues with the smiley face (not cutting the eyes, might have been a problem with combining curves), and seemed to have a z-axis depth of cut a bit deeper on the first pass than expected - which I have not tested again yet.

This 3rd try was the Fletcher clamps, and I thought it was fine until suddenly (while I was pre-occupied with vacuuming) the y-axis moved 3 inches. You can see in the photo if you’re familiar with the clamp design. 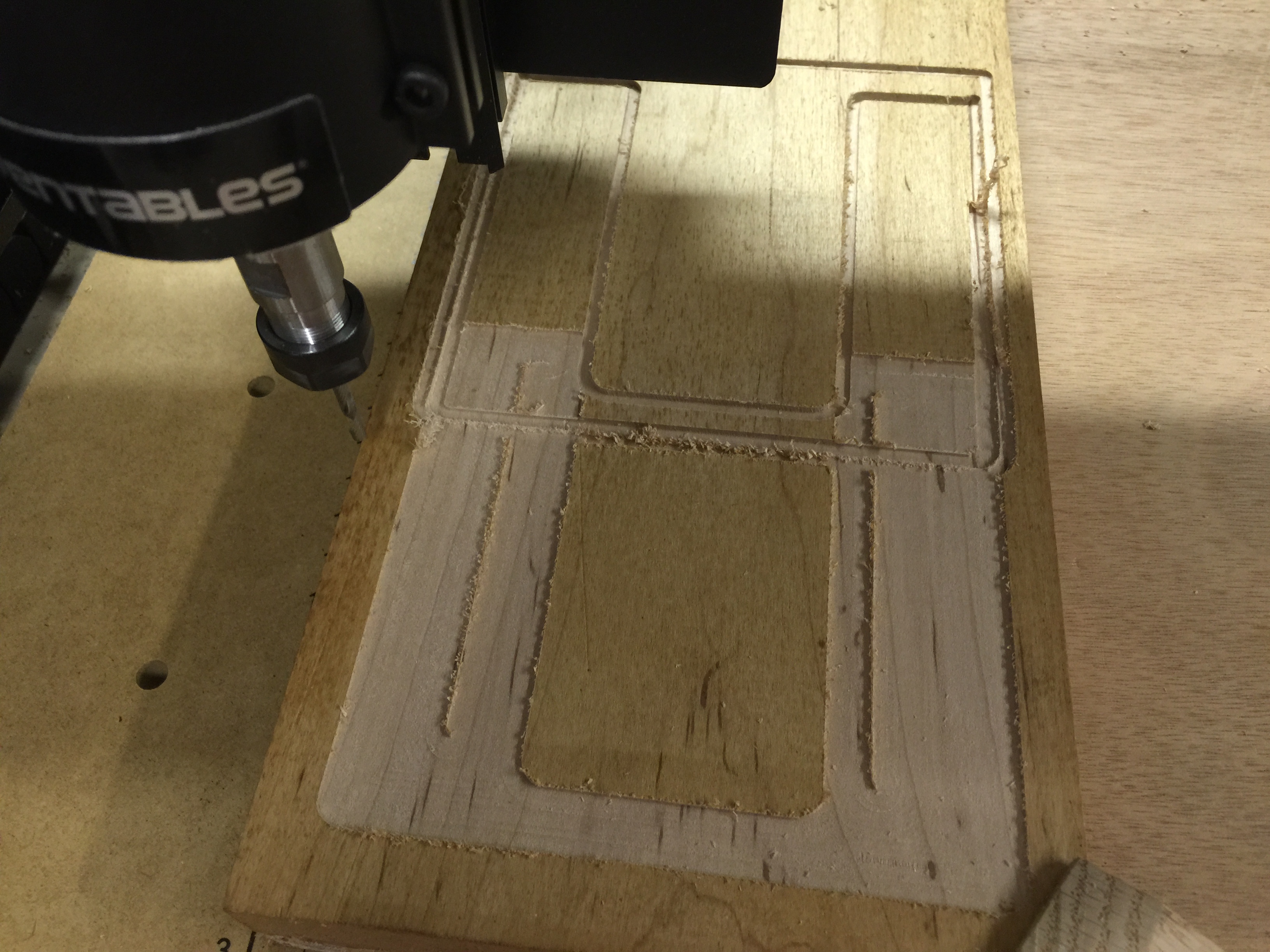 It homed to a position almost exacly 3 inches back from the origin, when I hit the Cancel icon in Easel.

What could be off and what should I try next, to fix this?

Other than that, make sure that your V-wheels aren too tight or too loose.

Thanks! I’ll give that a shot tonight.

just a quick note on adjusting the stepper currents: Do not just turn them all the way up as this will hurt the steppers. follow this guide: http://rigidtalk.com/wiki/index.php?title=Stepper_Driver_Adjustment

yes it is for 3d printers but same concept and method!

Agreed. In the link I provided the information there talks about the same. Only turn it in small increments and there is only 270 degrees of movement on the gShield pots.

I adjusted the trimmer pot and used the jog controls from the machine setup to confirm, old setting if I hit Y jog several times in a row it skipped, turned the pot a tiny bit clockwise and tried again, no stutter. It’s been doing some flattening for the past hour on maple with a 1/4" end mill and has not skipped a step yet.

Perhaps this should be part of the assembly guide?

At least in the tuning section