Yet another Dewalt 611 dust-collecting system

I’ve been inspired by many ideas for Dewalt 611 dust-collecting systems; however, none fit my exact needs. I decided to take many of the ideas (e.g. attachment to X-carriage instead of spindle, clear vinyl skirt) and make my own. The project can be seen here: 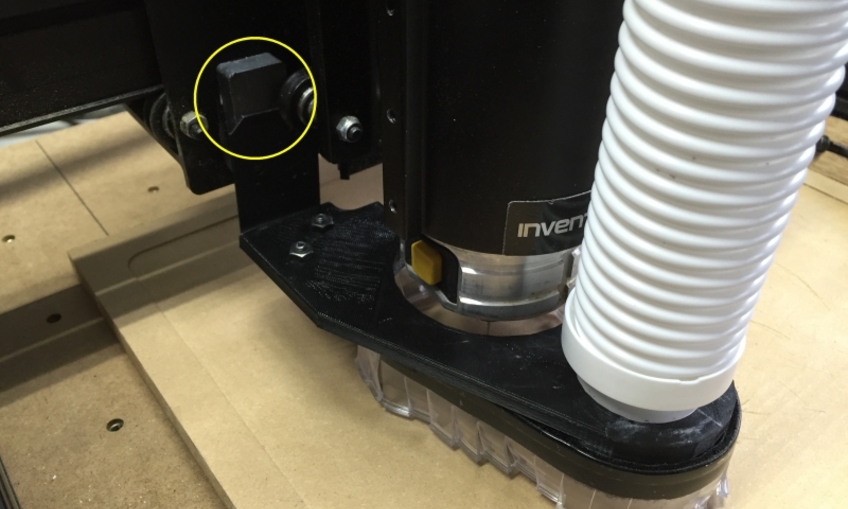 A dust-collecting system for the X-Carve fitted with a Dewalt 611 spindle. It's cut from 1/4" MDF. The ring can be cut from 1/2" MDF if desired. It is then glued onto the main platform.


Here’s a picture to show the final product: 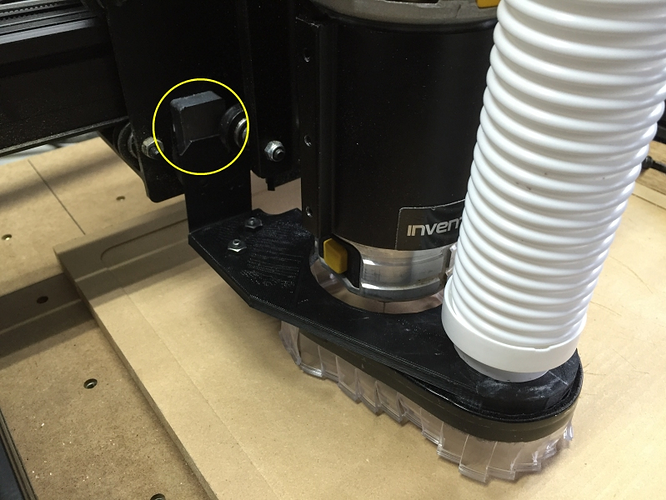 That looks very nice! My only concern would be if the dust shoe gets bumped or somehow twists during cutting, causing it to be pulled through the bit. Beyond that, I really like it!

I think the key there would be to make sure the skirt is barely touching or just about the work piece to minimize the change of any snags. However, your point is well-taken and I’ve only used the skirt for one simple project where I was engraving two-color HDPE. It worked great for that project allowing the spindle to move up-down independently of the dust-collecting system.