Yet another folding table

Taking inspiration from the many excellent table setups on display here, particularly the folding and floating options, here’s what I came up with this weekend: 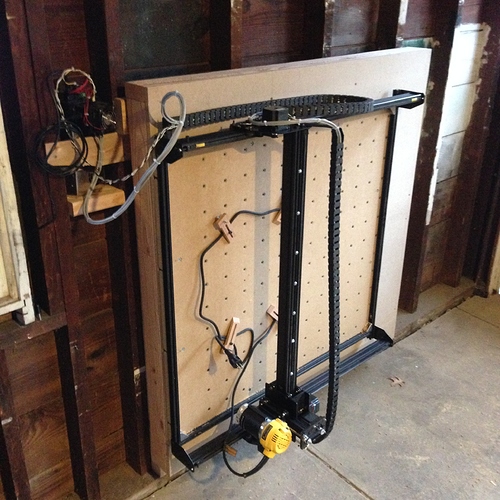 It’s a 48"x48" table hinged to fold down against the wall. In this stowed configuration, the X-Carve sticks out 22" from the wall. I’m planning to frame a cabinet around it for protection, final depth to be 24".

Here’s a shot of the electronics sitting in a loose cradle/shelf. 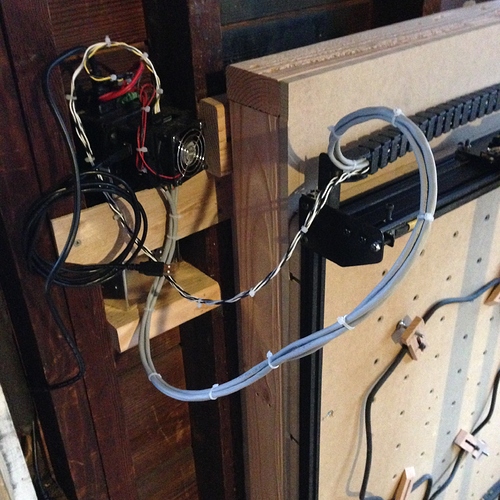 I’m currently holding it up with cargo straps, which I will replace with something more permanent after I’ve lived with this for a bit. It’s rock solid even without anything supporting it from underneath. 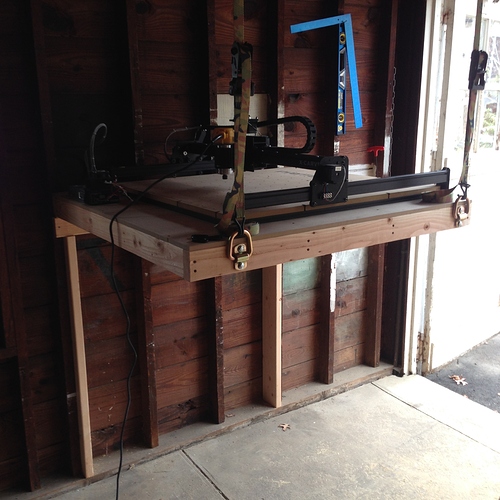 Planning to have the future cabinet able to close again under the deployed table and provide some support/fail safe in case the suspension system has a problem.

Oh, and to attach the X-Carve to the table, I flipped the original wasteboard upside down, and re-attached it under the extrusion frame, rather than over it. This put it in direct contact with the top of my table, so I then just drilled both and secured them together with eight 3/8" bolts.

That had the effect of lowering my work surface by the thickness of both the extrusions and the wasteboard, which I may or may not make up again. Not entirely sure how to configure my work surface yet.

Providing it’s solid, it looks pretty good. I also suspect that screwing the XCarve to the table is a good idea (mine is also firmly attached to my table) - particularly in your example.

So long as it remains square, it looks pretty neat, particularly when space is at a premium. Nice work

It’s rock solid in X and Y. I can shove on a corner and theres barely any give at all, although you can hear the whole garage reverberate.

In Z, there’s more give, but you need to get your shoulder under to move it up past level, and it only moves down as far as the straps will stretch. Since the Z axis is the slowest and lightest, I think it will be alright.

We will see how it ages and how it shifts with wood expansion/contraction.

I’m planning to do all the squaring, tuning and calibrating again from scratch tomorrow, now that it’s in place. I already know all my rails are parallel to the table and level when it is level. 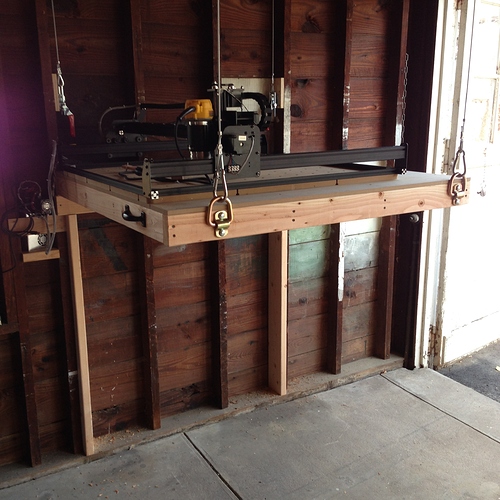 Replaced cargo straps with some wire rope and related hardware. 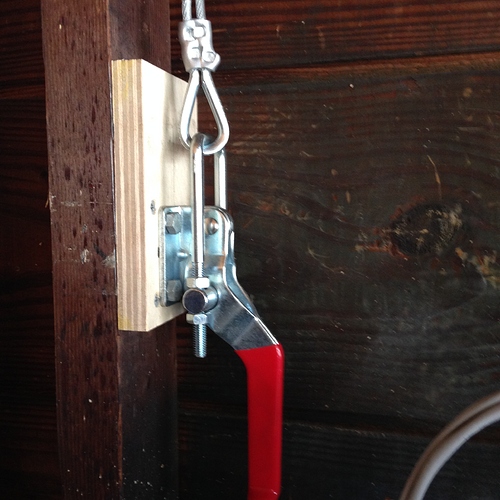 Using some lever clamps to provide slack when hooking onto table and take it up in a repeatable, adjustable manner afterwards to bring table to level. 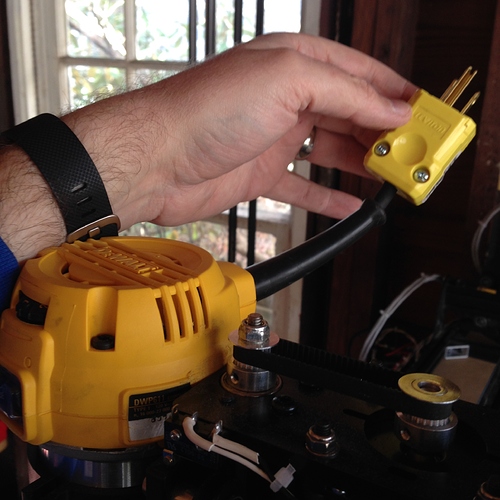 Also voided the warranty on the router and ran the power cord thru the drag chains. 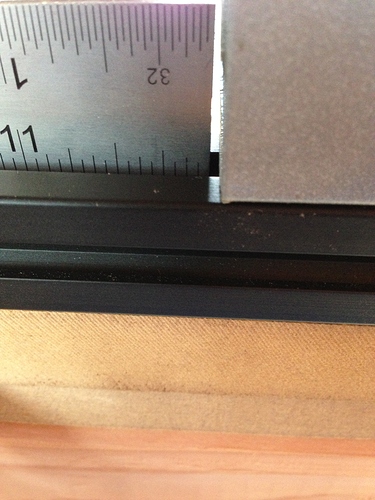 Found that my Y rails were level, but not parallel to each other in the horizontal plane. Off by between 1/16" and 1/32". Adjusted that. 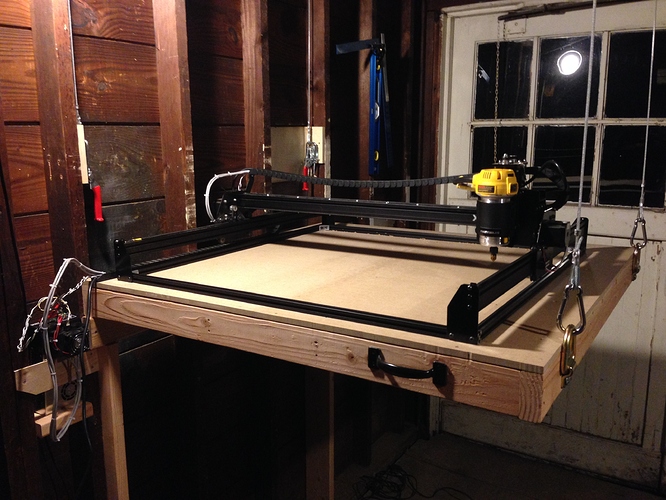 Realized I was being lazy and adding weight for no reason, so I removed the waste board and bolted the 20x20 extrusions directly to the table. Also allowed me to make very sure everything is square and will stay that way.

Do you have any issues with the v wheels or stepper moters getting stressed or out of whack because of the way it hangs on the wall. Or are you supporting them some how?

I just make sure, before lowering the table, that the carriage is all the way over to what will be the lower end of the rail once the table is vertical… and I lower everything gently to avoid any shocks.

The static load from just hanging there in the stowed position doesn’t seem to have harmed anything.