I’ve decided to swap out the Z axis for a Openbuilds C beam linear actuator. I’m using the 250mm.

I’ve started by building the C beam assembly and now i’m on to how to mount the Dewalt router. 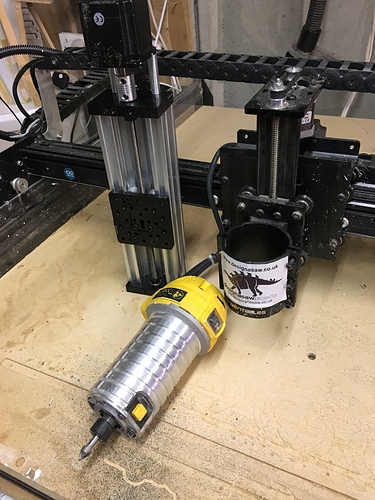 When looking at it i’ve got a small issue. The inventable router mount has holes at 65mm centres and the plate on the C beam has holes at 60 and 40mm. My first thought it to make a adaptor plate which would fit between the two. I’ve ordered up some material for this and done the CAD drawings. Big thanks to who ever did the X carve model on Sketchup thats been very helpful. 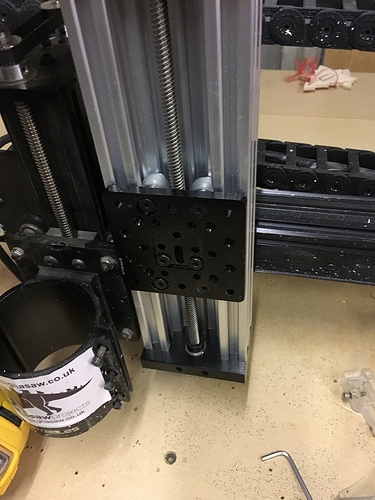 IMG_0033.JPG3024×4032 1.95 MB
I’ve since had second thoughts and im thinking about turning the C beam round and mounting the plate to the cross carriage and fiting the router to the C beam. 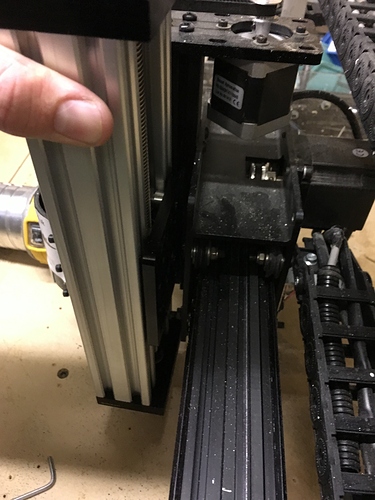 Open builds is selling mount that fits the router just fine and fits the C beam plate by design.

Yeah, I’ve seen there mounts and well i’m not sold that it grips the router that well. It only fits round a very small area and i can see that give a large leverage on the router when cutting. I’m guessing that the same reason you went with two mounts.

My other reason is by using a spacer plate i can mount the X carve router mount lower down. This will mean i should get more usable travel from the actuator. With the openbuild mount I can only mount the bracket at the bottom of the plate or C beam depending on which way round i fit it.
With a spacer plate the router mount can be lower then the bottom of the C beam. My hope is this will give me more travel distance under neither the X axis carriage. Combined with the life on the Y axis i hope this will let me carve deeper objects. 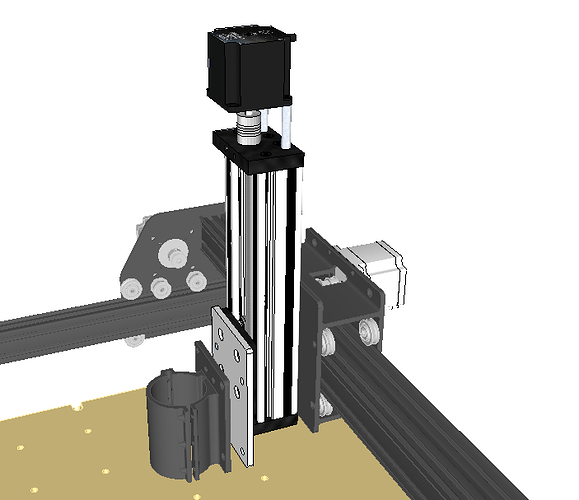 Yes, that was my logic but since than I tried with just single one and it is solid like a rock. Also keep in mind the pictures on their site are miss leading a bit and you can grip the router much higher for very long travel if needed.

And there is nothing wrong with conversion plate, if you search forums there are plenty of users that did this approach for various router mounts and Z axis actuators.

ninja edit:
You can see in my monster carve thread how I used the mounts:

I’ve been having a rethink. 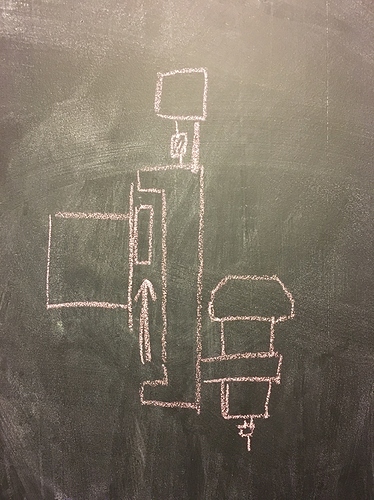 We seen it done:

plus one for the chalkboard drawing. digital chalk or analog (realworld)?

what does the whole setup weigh? with the router?

I painted a full wall in my office in chalk board paint. Means i can sketch stuff out on the walls. (yes i’m a big child… and its BRILLIANT)

Right i’ve decided i will mount it with the moving plate to the X axis and the router on the C beam. I’ve got it mocked u at the moment. Waiting on the material to make spacers now.

Using the top two holes which used to bolt the makerslide to the X carriage line up with two of the holes on the moving plate. Unfortunatly these arn’t threaded holes. This makes assembly difficult so i might open the holes up and tap the moving plate to take and M6 bolt. This means drilling holes and marks a point of no return.

Put it all to one side now to enjoy Christmas. 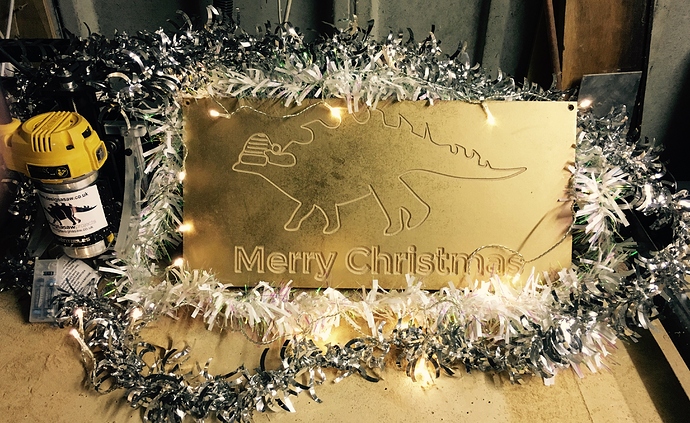 Right update on how i’ve been getting on. I had to wait a while to get the aluminium plate i needed due to the Christmas holidays.
Anyway, I started by removing the old Z axis. 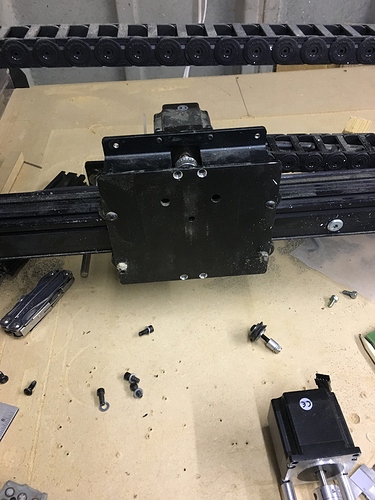 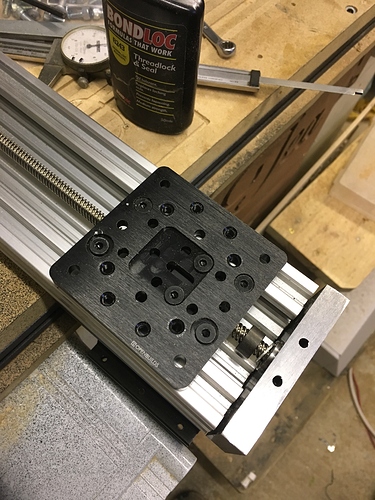 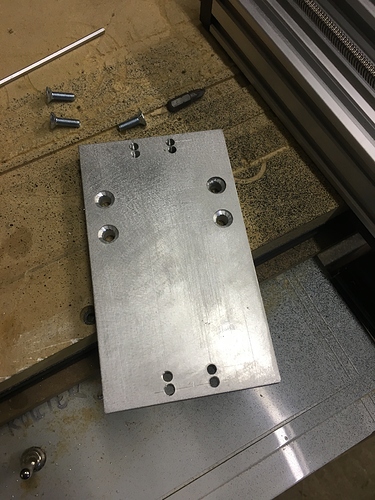 This then bolts up to the new Z axis first 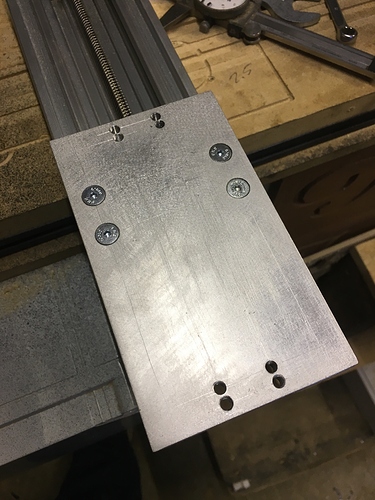 And then bolts to the X axis 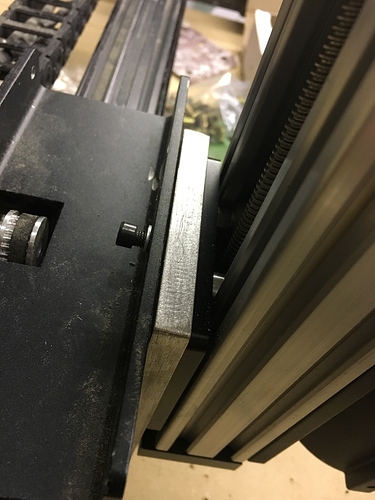 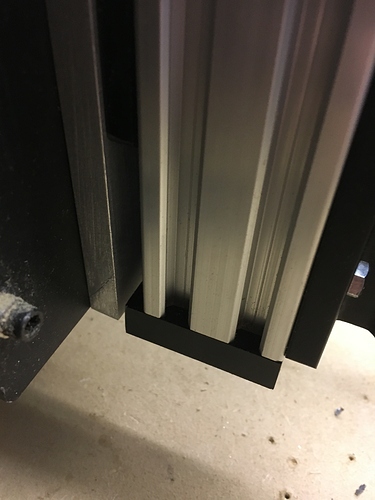 Last job was to drill 4 new holes in the router mount. The two holes for the old derlin nut line up with two of the tracks so i also used these. Sliding T nuts in to the tracks i then bolted the whole thing up. 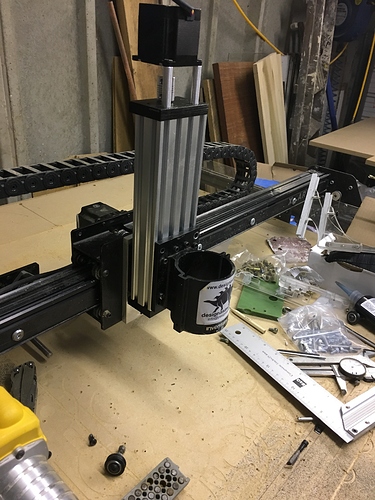 I put the router in and quickly opened up machine inspector and re-calibrated the axis.

All in all it was fairly easy to do. If people are interested i’m happy to share a drawing of the spacer plate i made.