Took me a week to figure out belt tension at 90 degree angle in relation to extrusion, 9 wood prototypes later I ended up with this: 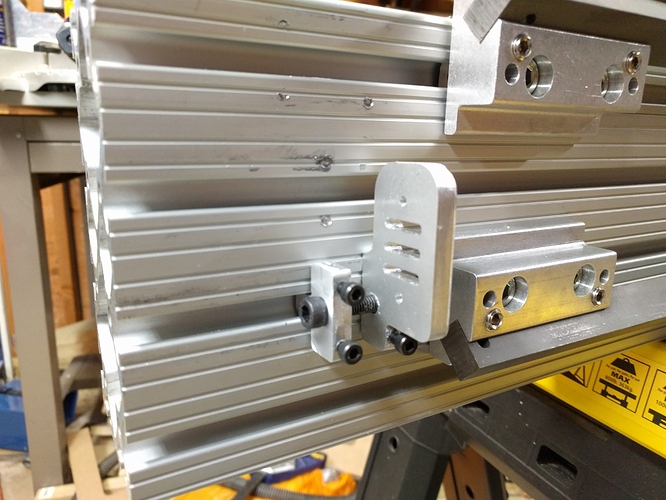 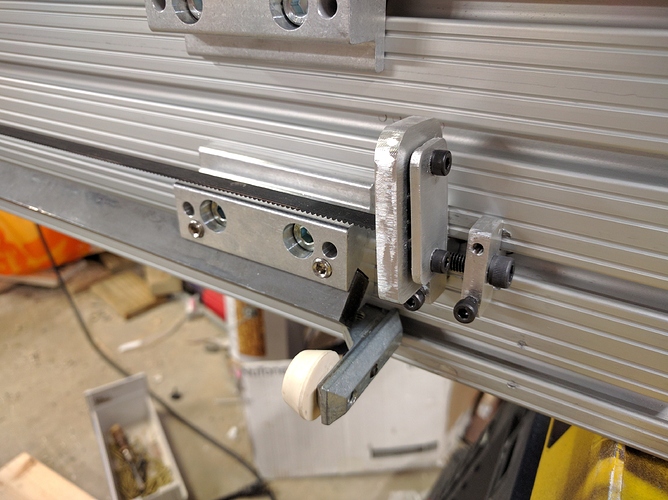 With belt and positioning I was able to test motion of X axis. Still with stock X-carve motors (new large Nemas are still on Monster).

And the adventure continues … 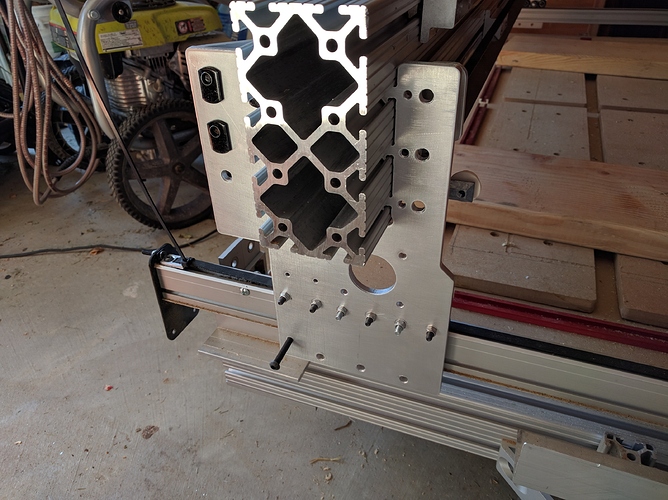 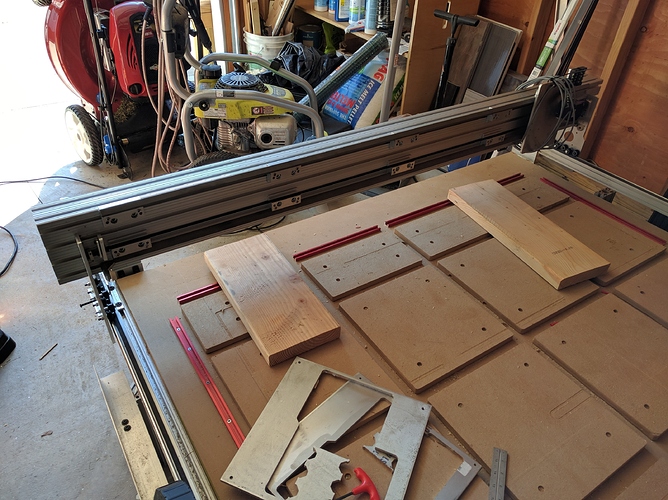 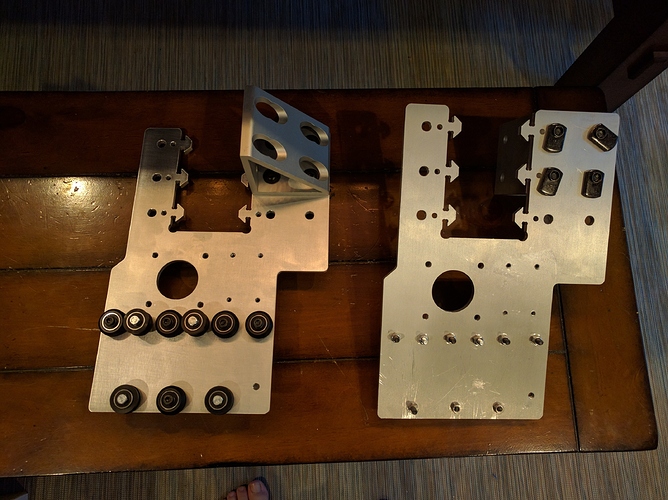 This is beautiful. My kind of project. Those belt tensioners are industrial!

Wow what a sturdy beast.

What size is that aluminium extrusion 80x160, or even bigger maybe?

Edit - I see I missed this info in an earlier post 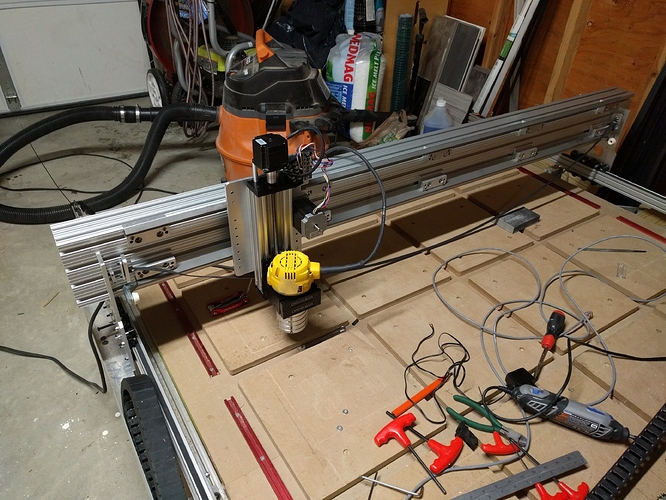 It does look rather diminutive on that monstrosity. Kinda like a body builder on stage and… er …um…

I honestly don’t see reason for it yet, will see what can this frame take first.

Not exactly in my opinion. This is overkill. Monster rail system on a delrin wheels running by a belt drive. Looks like VolksWagen beetle with 1300 cc engine on a monster truck construction.

I seriously doubt it without pinion drive, belts will be my stopping point now.

Don’t get me wrong, I would love to have pinion racks and steel wheel on Y axis but the cost currently is prohibiting as it is in thousands.
My main frame is of proper size extrusions and I can mount steel flat stock to it rather easy and use this motion system:
http://www.cncrouterparts.com/extended-linear-carriage-with-abec-7-bearings-p-35.html
Things get complicated when I look at drive system with swing arm pressing against rack, 3 of them even most reasonably prices would cost nearly 1k together.
I will probably arrive at this point but I just don’t have this kind of money to justify in near future.
But trust me this will be on my mind in coming moths for sure and will probably do lighter version of expensive systems out there where I can cut my own parts again.

I’m not doing anything here that has not been done before and I seen more than one CNC router running on belts and doing good job. I have feeling 9mm G2 will do fine for now and there is always 15mm and thicker G3 belts.
As far as wheels I increased the number of them and I’m using openbuilds wheels that are much thicker than original x carve ones.

I have a Hitachi 12VC for sale with Precise Bits collets (1/8, 1/4 and 1/2). New brushes and goes down to 7,000 rpms, PLUS a mount if you are interested. I just switched to the smaller Makita. The ability to go to 1/2" bits might be nice on your beast, plus the increased mass of the Hitachi creates a nice smooth cut. It worked great on my original x-carve with rigidity mods. If you are interested, make an offer.

Very nice spindle, don’t believe I seen it before.
Except my leveling 1 inch cutter that fits 1/4 collet I have not found a need to go to anything bigger than 1/4 yet so I will hold off for now for spindle upgrades.

On that note, anyone interested in my old X axis?

I will post complete list once I remove it but pretty much everything that I don’t need here including all the stiffening mods I did to it, it should all be visible in this thread.

Made tons of progress and I’m back at it and considering upgrade great success.
I had some issues dealing with drag chains and I found imperfection with center beam on in the base frame that was making center of the table 1/16 of an inch wider in the center spreading Y axis extrusions. The new Y plates are so thick and strong that it ripped one bearing apart to compensate. Once I corrected that I was worried about stability of Y rail so I grabbed some steel L shape brackets from HD and press drilled them and reinforced entire Y.
Whole thing is fast and furious now, the forces involved worry me a lot about ramming gantry into end of rails. I built X axis rubber bumped into design but Y axis I have to think of something fast.

I made quick video yesterday of this thing in action, sorry for shaky camera …

That is a thing of great beauty

Which dust collecting system are you using? It’s nice and quiet.