I just received my X-Carve parts in the mail a few days ago and I’m currently in the middle of assembly. I ordered my kit with the default (at the time) 24V spindle. I noticed some discussion about the 24V spindle being discontinued.

Is there anything to be concerned about with the 24V spindle? I wanted to get some feedback since I’m still mid-build to see if there’s any problems I should look out for.

A lot have been failing, apparently, or throwing noise that alters stepper behavior. I got my kit back in May (full 1m Xcarve, homing switches, spindle, NEMA23, ACME, etc.) but didn’t assemble until the last month or so, so I was in the same boat as you.

I elected to leave my spindle wiring OUTSIDE the drag chain, and just cable-clipped it to the chain, so it had a bit more spacing from the control wiring. I also made it a point to route to the power supply maintaining this gap, and added some ferrite cuffs that may or may not do any good as far as isolating the spindle power noise from causing problems elsewhere (there’s one where the spindle wiring enters the spindle atop the carriage, another on the nearby Z-limit switch, and ditto at the breakout board end of both near the power supply and Arduino. My breakout layout is shown in this post:

Forgive horrible cellphone pics; up early with a thunderstorm and too lazy to break out the real camera. First pic for context - my 'table' is just a base and a couple back leg extensions atop an ancient Craftsman (as in Sears, not the furniture style) metal workbench. SFF Dell refurb $150 puter visible on a shelf behind; monitor is on an arm but not in image above that. I cut my wiring a bit long and have everything soldered with terminal spades, then all electronics can be easily replaced l…

Aside from that…I’m just starting out easy with soft materials and seeing how it goes, fully expecting I might want to upgrade spindles sooner rather than later.

Yeah… To be totally blunt, save your time and effort, and just start out using the DeWalt mount and router. I can think of one person on the forum here who has not had major trouble with the 24v spindle. They are very under-powered, and don’t last long. As in, often failing within ten hours of use or less.

Just save the aggravation, and upgrade right off the get-go. Also, worth doing the stiffening mod before you wire it.

I too started about two months ago with the 24V spindle and it seemed to vibrate ALOT. After contacting Inventables they were quick to respond with another spindle. It too was not what I expected. I changed over to the DW611 router and mount as well as a spacer bar between the 100mm makerbars on the x axis and WOW what a difference and great machine I got now…

I’ll say that I haven’t had any problems with my stock 24v spindle, so I consider myself one of the fortunate few. But seeing the quality of cuts and the cut speeds that everyone is achieving with the routers, I’m itching to make the switch to a router myself. Soon…

My first 24v 300w spindle lasted 45 hours in copper and aluminium and then just died without affecting steppers (just ran hotter until it just stopped). Inventables just sent me another without quibble (isn’t Sam the only person in “Customer Services” you ever want to deal with?). This one is much better, much quieter, less runout and has done about 200 hours so far and runs nice and cool.

If Inventables moves to a “bodge a trim router yourself” model of dropping a DeWalt or similar trim router into your machine then the whole thing will die for me. I love software controlled PWM router speed control.

Inventables had a bad batch of spindles. I’ve had 2 spindles die on me, I had 10-15 hours of carving on each one. The first indications of failure were an increase in noise/chatter, and a loss of steps. The edge of two sides looked like stairs, indicating the router was moving a little more in those directions each time it circled around. The most likely cause (I hear) is increased noise in the spindle power wire, causing EM interference that carries over into the stepper wiring.

I am on my third spindle, which they say is from the new corrected batch. I’ve got about 15 hours on it so far, and it’s running solid. I’ve also got the shielding and ground in my stepper wires connected to the Arduino ground.

I’m not sure what caused the spindles to fail. May be bad luck, may be that I was pushing them harder than they could take. Knowing that a router has advantages (speed, depth of cut) and disadvantages (heavier, no auto RPM control), if you want to use the spindle I would suggest grounding the stepper wire grounds/shields and being gentle with your cuts. If you have a spindle from the new batch though, it may all be moot.

Wow, thanks for all the replies. Sounds like it’s really hit or miss with those spindles.

I’m probably going to give it a try and see how it goes with the one I have and keep an eye on vibration, heat, etc.

I’ve noticed that the hottest point on my spindle is 136F, and that’s after several hours of carving pockets. The hottest I will see within an hour is 131F or so. Too hot to comfortably touch, but it’s a good baseline for me. I never really noticed ridiculously high temperatures on the previous spindles though, I think the highest was about 133F and 139F.

I’m in the same boat as @MattThompson and my 24v spindle while, having less grunt as bigger heavier options, has performed very well in aluminum, hard wood, soft wood, MDF and HDPE. It is from the first batch (maybe even pre-batch?) since I pre-ordered mine a few minutes after it went live. I guess I consider myself lucky… either that or just a vocal part of the silent majority that have had no real issues with their 24v spindles and so haven’t gotten on the forum to bring up an issue.

It is good to hear that @RobertA_Rieke got a third spindle and that being from the new batch it is doing well. That is a good sign.

I do plan on beefing up my machine at some point to a 800w Air Cooled VDF spindle, but I wanted to really get to know my “Ma-sha-sheen” as my son calls it and learn as much as I could before upgrading. Until then, I’ve been happy with a relatively quiet PWM controlled 24v stock spindle.

Aside from setting speed for a job, is there really that much advantage to PWM speed control? I mean, is it ever varied during a job for climb vs. nonclimb cuts or rough vs. fine cuts, (using something other than just Easel for control, of course)…

I’m pretty green when it comes to all this CNC stuff. But I know that you CAN change feeds and speeds from one cut to the next using software other than easel. I’m not necessarily sure that there is a scenario where you would NEED to, if you’re sticking with one bit and one piece of stock. It would likely come into play more with other software such as Fusion 360 which can incorporate tool changes. Change your tool and you’ll likely want to change your feeds and speeds for the subsequent cuts.

It’s very useful if you start using a laser as well as a spindle.

It is also very useful when testing speeds and feeds as you can build a single job in Easel to say cut test multiple test pockets/lines etc. then change the spindle rpm/laser power to test chip loads/marking ability. I do this by exporting the gcode then modifying the spindle sped then send from ChiliPeppr (you can modify the feed speed within CP).

I’ve had jobs where changing the spindle speed by just 200rpm made all the difference in the world, and having the PWM controlling the rpm was what made that possible. Having a little more granular control over lower rpms also helps when milling plastics. I can set my feed rate lower and not have as many issues trying to go really fast around sharp corners because the bit is moving so fast that it is melting the plastic.

Theses are just a few examples where having that control has come in handy for me. Other’s milage may vary.

Can you document that?

There is close to something like the same problem as far as documentation… I was having issues going around corners of and inlay in soft pine. Slowing down the feed rate and changing the RPM did the trick. You can see it on the post here: https://discuss.inventables.com/t/approved-6-coasters-with-text-inlay/8951/7

I’ve also had this when milling smaller details in machining wax. I like to test any jewelry pieces that I carve in wax first and control over the rpm really helps.

I bought end mill1/4" .1/4" , I update the Collet , when I use it it made more noisy and Raf , the cnc work not usual, I do not know what happened, I canceled the work, slow down the option in vcarve, what is the best option for this endmill, what r pm for my spindle 24v, what is the rate to go smoth, 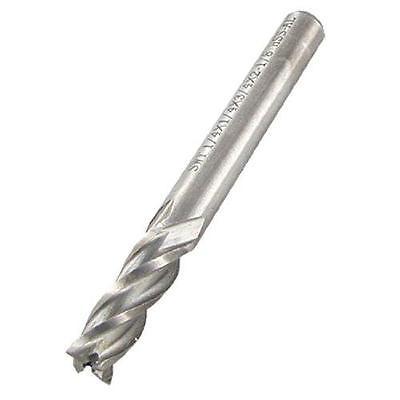