I am at the Gantry stage of mounting and there is no clue of the 8 25286-19 screws. I rechecked everything, even my first mounting phases, in case I made a mistake, but everything seems correctly mounted with the corresponding parts.

Contact inventables if there’s a shortage.
Seeing they are common M5 screws, may be quicker to purchase locally, especially if you’re not in the US.

Since it’s the weekend, this would be a good time to go through and inventory everything else, in case something else is missing. That way you only have to request a single package from them. The good thing about Inventables is that they rush the packages out, overnight or next-day, so if you’re in the US you’re not out much time.

I purchased from their retailer in UK: Robosavvy.

They may be regular screws, but it’s difficult to find those exactly. They always have weird variations ( I know from experience), so I think I prefer to wait and put in the exact and intended parts for the machine.

I doubt robosavvy will have extra parts, which would be faster. If someone knows it or had similar issues and have the answer…

Ouch, maybe they’ll be able to get you some.

I’ve bought a lot of extra bolts of various lengths for my machine, especially M5x0.8, and they all seem to work fine. If it’s not a bolt that’s going to be removed, using loc-tite or another thread locking compound helps make up for the small differences between individual bolt manufacturers.

If you do end up purchasing your own bolts “locally”, I’d recommend also buying a dozen M5 washers and some M5 bolts of lengths up to 100mm long (in 10mm increments) for your clamps. The washers work great as spacers if you need some to square up the machine, and t.he standard length bolts that come with the clamps aren’t long enough to hold the thickest material possible. It’s also much easier and quicker to replace longer clamp bolts with shorter bolts instead of threading in an extra 2+ cm of length.

I did the inventory, as you suggested Robert.

It turns out I am left with 18 crews of type:

And, looking at the inventory list, they don’t correspond to anything (it seems).

Can this be a labelling mistake?

Here is are some photos of this misterious 30544-01 Screw in different angles: 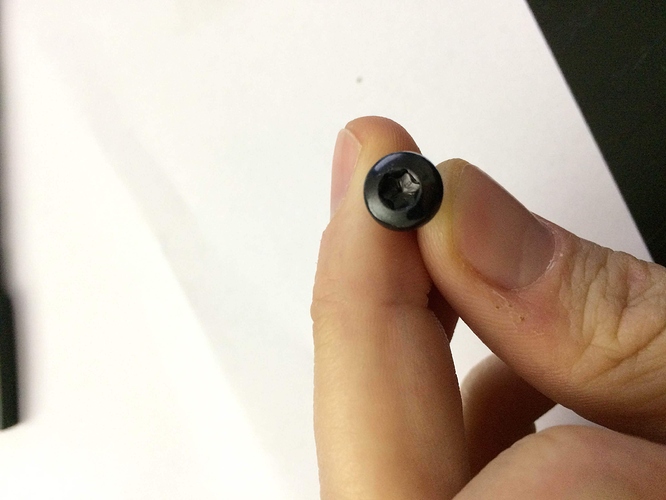 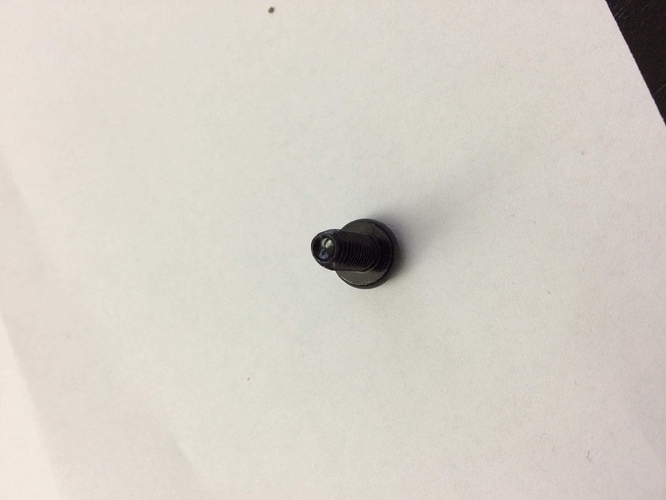 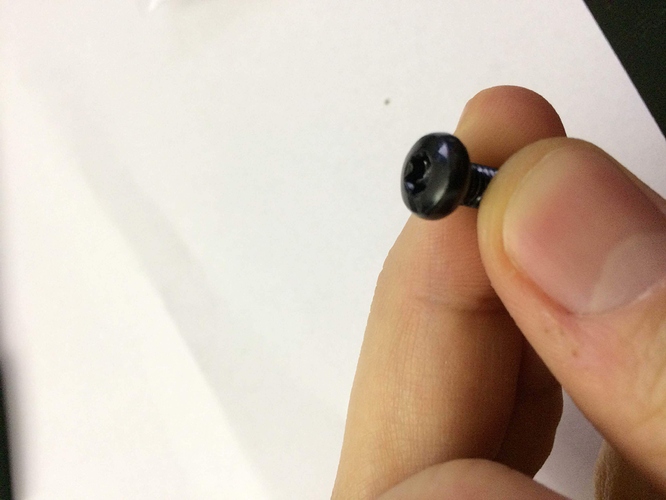 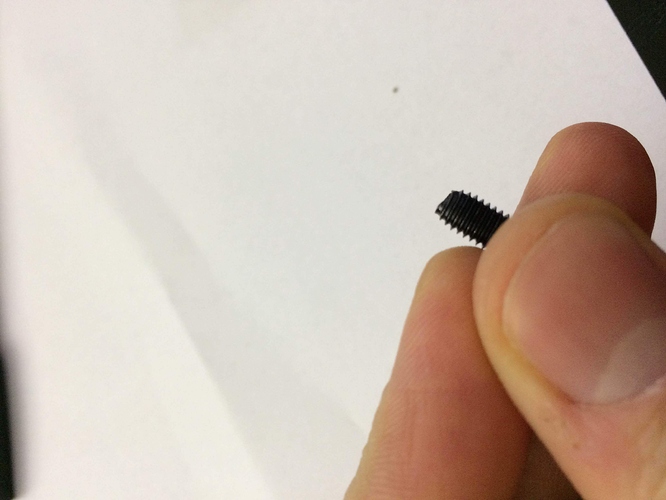 The thread forming screws are for attaching the end plates to the makerslides. You can use them, but I suggest using a tap and replacing them with 20+mm long M5 screws instead. Tapping the holes is easier and less likely to booger up the threads, as long as you’re careful and use lubricant. Using longer screws ensures you’ll still have plenty of good threads even if you booger up the first few threads with the tap. And of course, use loc-tite.

The thread forming screws are for attaching the end plates to the makerslides.

Attach a piece of Makerslide to an end plate using a button head cap screw. Make sure you use the correct holes in the end plate and that you orient the two pieces correctly."

To the best of my knowledge, everything is tapped or drilled through for nuts except for the holes on the end of the makerslides. Those are also the only bolts that came with my X-Carve that require a Torx bit instead of a regular hex bit. You can definitely use the thread forming screws if you like, since that’s what they’re for, but tapping and using longer bolts is a mod that is easier than trying to muscle the thread forming screws in.

It depends on whether your Makerslide is already tapped or not. If not, then the thread forming screws are meant to be used although as @RobertA_Rieke says, don’t use them and tap the Makerslide instead.

It says in the instructions that they ship now pretapped MakerSlides.

Thread forming/self tapping screws are no longer being used, and have been replaced with button head cap screws. Images still show the thread forming screws and will be updated soon.
"

Excellent! If your makerslides are already tapped, then I have no idea what the Torx head bolts are for. As long as the thread matches, you can still use them to attach the endplates to the makerslide.

How can I tell if the makerslides are already tapped?

Here is a photo: I don’t see any liquid or viscous material inside. Maybe I have a version that shipped before that Change was introduced: 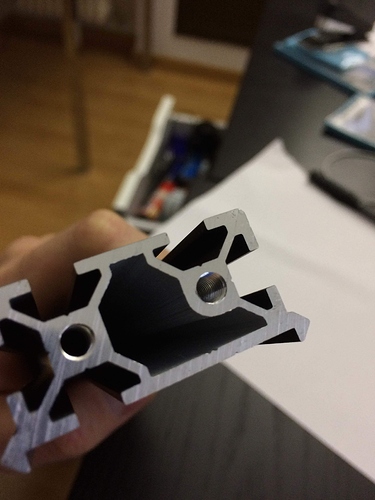 I can see thread in the right hand hole so they are tapped.

My bad. I thought by “Tapped” you meant that they already have “tapping fluid”.

So, if they are tapped, can I then use the:

in order to attach the makerslides in all the steps that the others where required?

Don’t use the thread forming screws on the threaded holes.

Okey. I’ll ask then for the good ones…and will wait for ages :(. I looked on the internet and I can not find suitable alternatives to buy. Or the ones that I found are 20€ or more…
And I am also missing some other parts in my box eitherway.

I used 20mm m5 bolts to secure the threaded makerslide to the endplates. 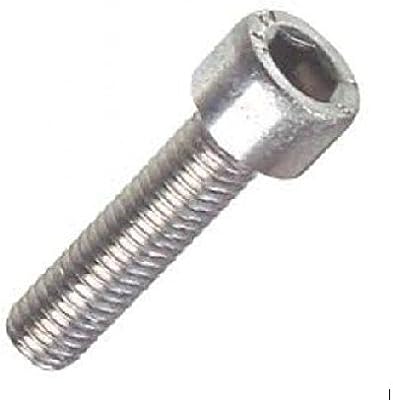