Hey guys! I’ve spent the past few days working on getting my 1000mm kit up and running and cutting some 3D files. My eventual goal with this machine is to augment my studio in the production of props and replicas, so full use of 2, 2.5 and 3D is essential.

I should note I have almost zero prior experience with 3D modeling or rapid prototyping, and everything I’ve learned so far has been the result of a lot of googling and research on these forums. Hopefully my post can also help others do the same things I’m doing with this machine.

Here’s the X-Carve in it’s natural habitat. I built a new massive bench for it and the underside will eventually be tool/clamp/material storage. 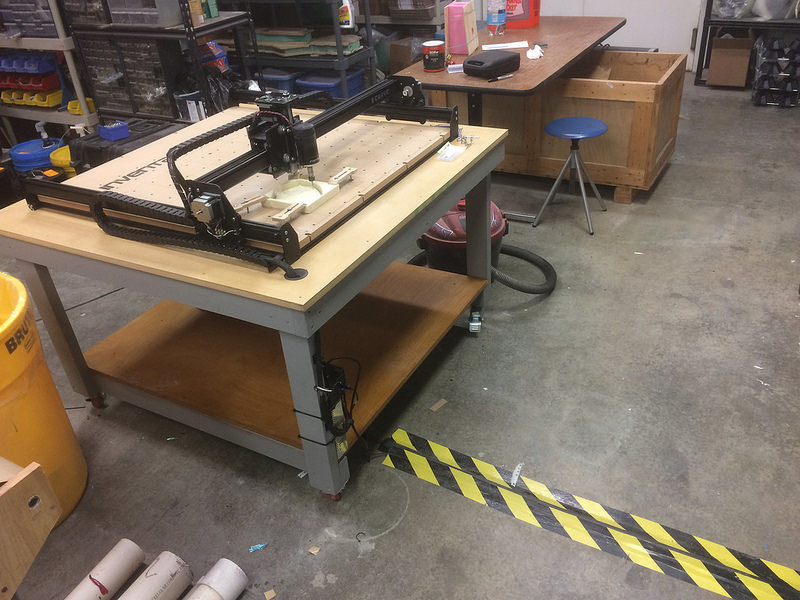 A few initial notes: assembly went very straightforward though there a few small hiccups along the way. Probably got the whole thing done in about 12-14 hours total. My major deviation was pre-tapping the holes on the makerslides instead of using the self tapping screws alone. 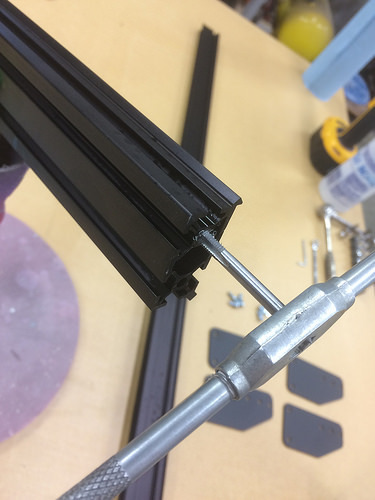 For 3D I’m using Blender to output .stl files, then taking these to MeshCAM to generate tool paths. These are opened in Universal Gcode Sender to output to the X-Carve. I’m still playing with which CAM software I prefer before pulling the trigger and buying the full version, but so far I like MeshCAM better than the Vectric applications I’ve tried. 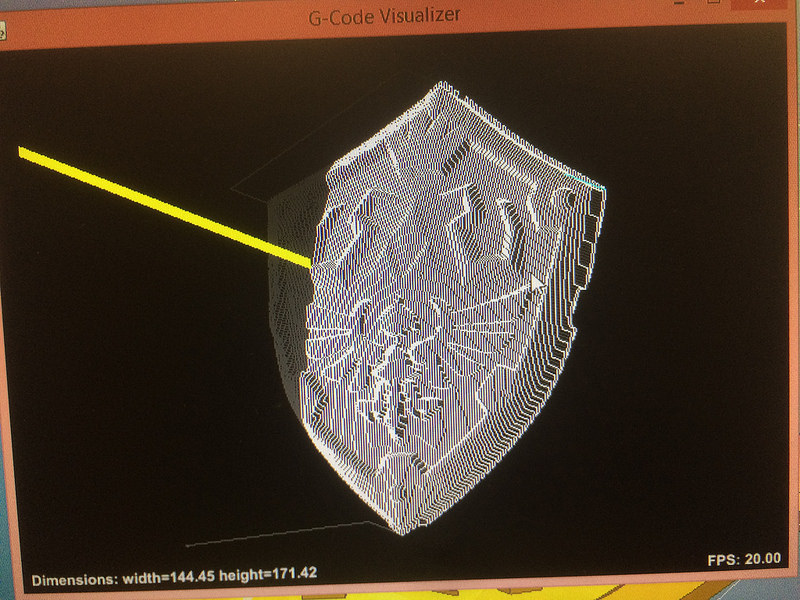 Initially I had some issues with the Y axis during seeking. High speeds would cause a sort of resonance vibration that would make the machine skip steps. I don’t know yet if this is a belt, V-wheel or an issue with mounting my workbench on casters that allow too much vibration.

You can see what happened in the left shot of the three test cuts here. The machine would go back to the origin point for a new pass but the Y skipping would affect the new cut point. The bottom of the left most shield starts about halfway up the right side. 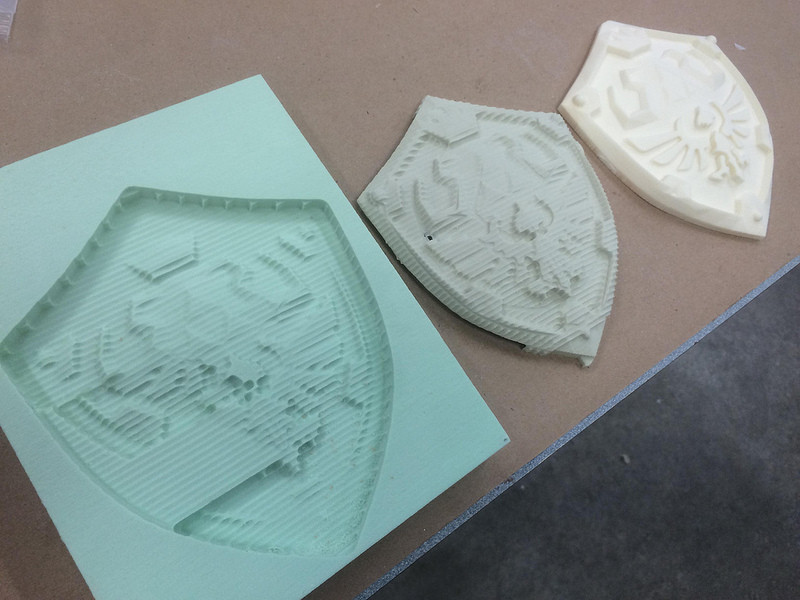 To counter this I altered the grbl code a bit to slow down the seek rates. You can read more about that here. I ended up cutting the Y max rate in half from 8000 to 4000 (line $111) and the homing seek down from 750 to 400 (line $25) - this solved all my skipping issues and I’ve been getting nice, clean cuts ever since. 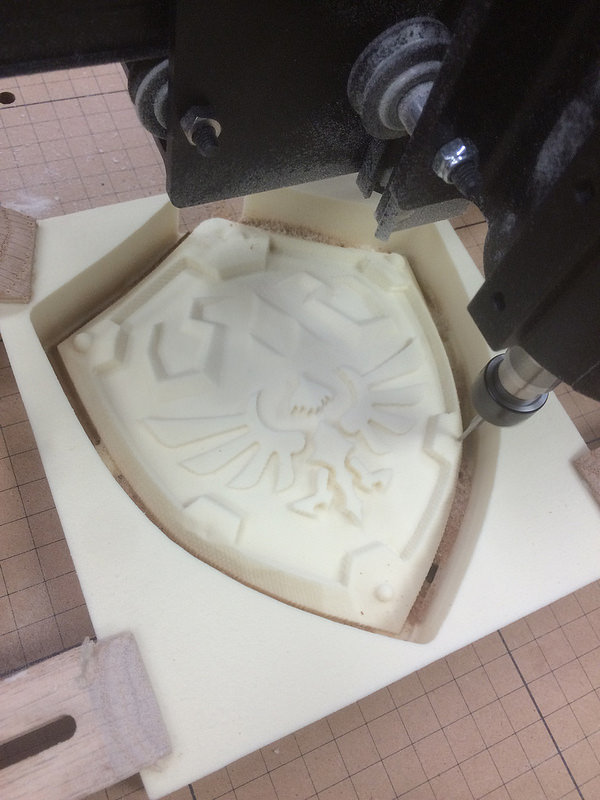 I’m still trying to get the spindle speed control from universal gcode. Right now it won’t enable the spindle and I’ve been controlling it manually via the switch on the control box. If anyone has an idea on that please chime in here!

I’ll post more here as I continue to figure this stuff out.

What is the size of your table you build i like and and thinking about building one like it but need to have room for a keyboard and mouse on it. I will have the monitor mounted on an arm. Your stuff looks great as well.

Amazing work! what type of foam is the final product in

4’ square with a 30" work height. I was thinking of adding a slide out tray for a keyboard later on.

5# urethane tooling board. The green stuff is much denser, like 20# or so. Just some scraps I had sitting around.

Looking good! Is that RenShape you are cutting?

Your wire management through the table is really slick. Where do you have the computer?

the USB goes under the yellow/black tape to my PC by the wall of my shop. I’ve also got a large format plotter, laser cutter, two printers and a vinyl cutter hooked up to the same machine so it’s kind of rooted in place at this point.

I don’t know if there’s a brand name for it, these are just off cuts from a buddy’s auto shop. They send me a box of urethane scraps that are too small for them to use every few months.

Here is a link to the video of the How To for the table I built for my 1000mm Take note of the 2x6 piece he uses, I had to go back and cut off a couple of pieces 1" because of the inch difference . The table is 4x5’ with 1" thick top.