I bought 2.8w laser from jtechphotonics.com. after i uploaded it to my x-carve i figured it is not enough and just draw or cut small thickness things

So, iam thinking to have some thing stronger without buying a new machine, any suggestion how to add stronger laser such as 40 or 50W

This site documents the build of a laser, it might give you some ideas.

thank you but i did not find anything helpful

Not w/o rebuilding the entire machine and making a new enclosure.

A CNC wants to be heavy and rigid and methodical, a laser needs to be light and fast and easily repositioned. A spindle creates dust and vibration and these things destroy larger lasers.

The CNC has an open frame, while a 40 W laser needs to be enclosed.

Use the CNC to build a laser. The BuildLog 2.0 laser is a good design, or look into the Lasersaur.

JTech does offer lasers which are more than twice as powerful as the one which you purchased, and there was a recent report on Reddit of using the most powerful to cut 1/8" Baltic birch. 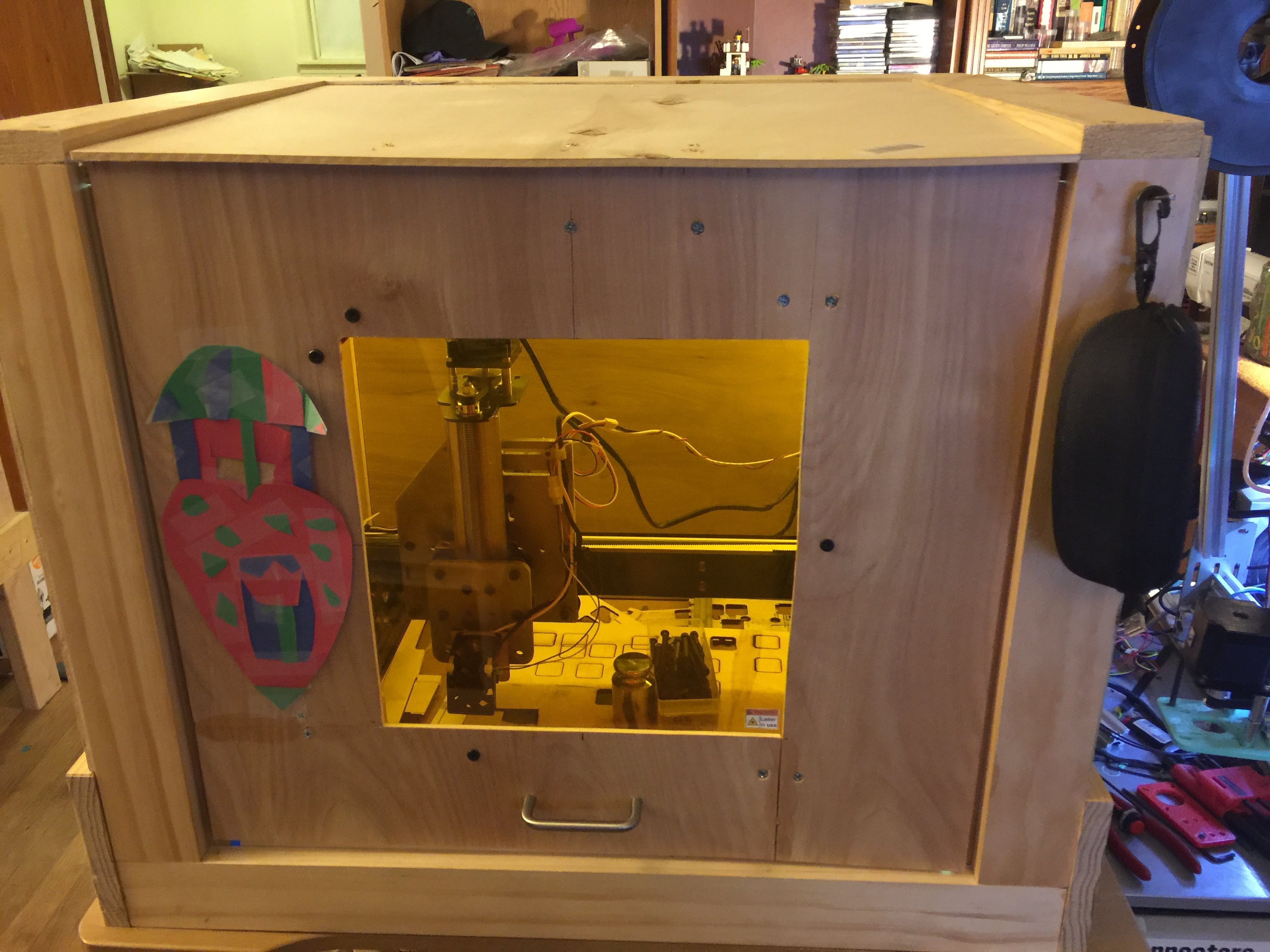 I’M building a 40w laser i will like to used the x-controller but i don’t know if is possible. 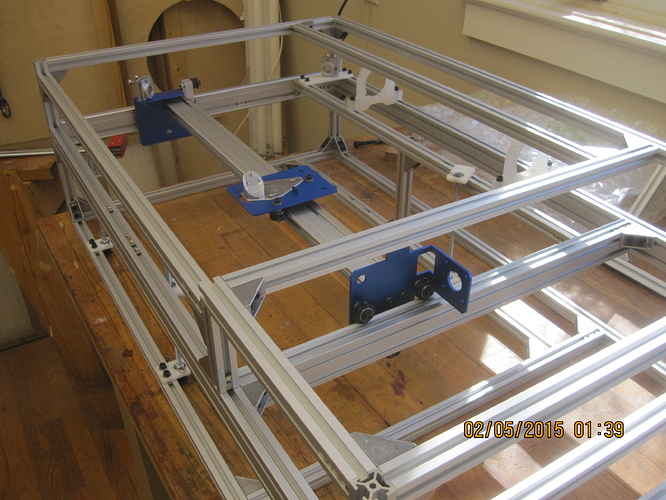 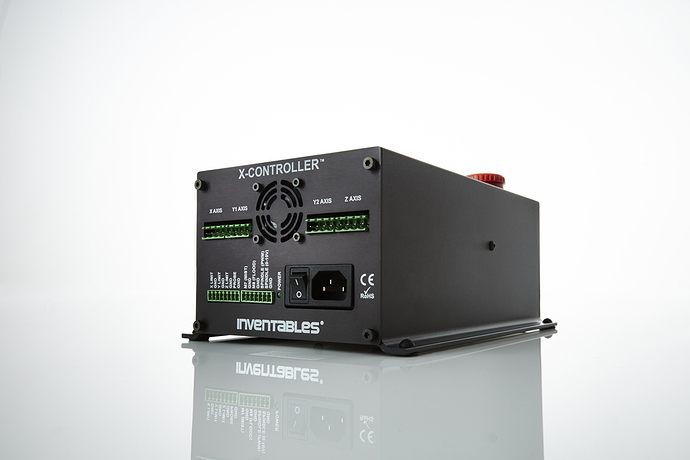 A 40/50W laser cutter is a serious piece of kit. At that level you really should think about just buying something. You’ll likely not be able to build anything decent for the price of a cheap ebay laser (even at twice the price).

so u think that i have to buy new machine 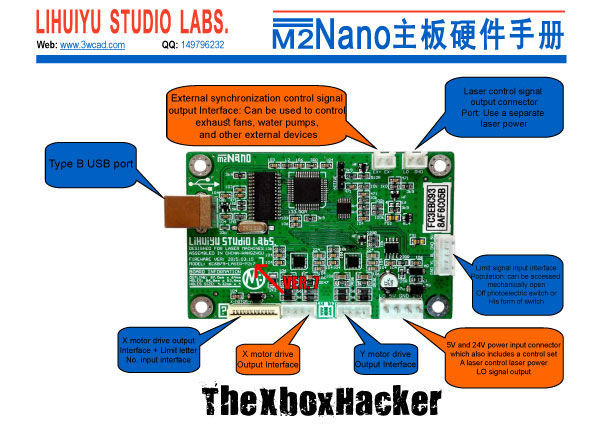 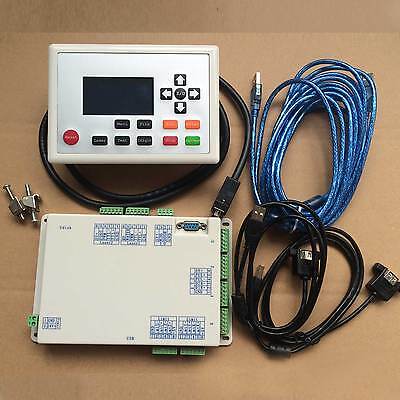 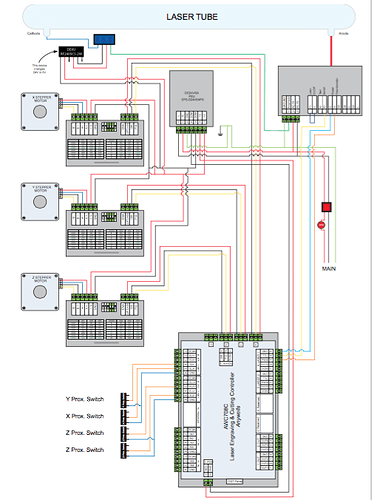 @A.J A smoothieboard http://smoothieware.org/ would be your best option. Start at $99.00 for a three axis board. There are some Chinese knockoffs that sell for $59.00 with ethernet and wireless.

Your guide to installing Smoothieboard in a Laser Cutting machine
http://smoothieware.org/laser-cutter-guide

If you search, you will find a lot of great information. This is what a lot of people modify their Cheap Chinese Laser to use. 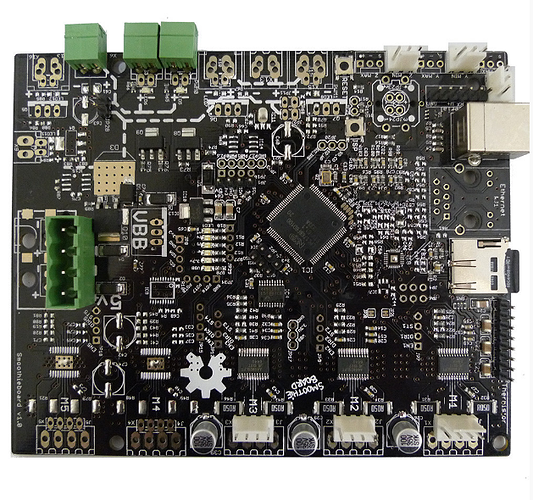 Chinese knockoffs that sell for $59.00 with ethernet

do you a link for Chinese knockoffs that sell for $59.00?

Really? What were you thinking you were going to get from a 2.8W laser? I have the same one from Jtech Photonics and love it. I do a lot of custom laser engraving for customers. If I need to cut something I use the CNC machine.

Really? What were you thinking you were going to get from a 2.8W laser? I have the same one from Jtech Photonics and love it. I do a lot of custom laser engraving for customers. If I need to cut something I use the CNC machine.

I have looked at one of those in the past and decided not to purchase one because the duty cycle time is low. You can’t run it very long without having to turn it off and letting the components cool before using it again.

I’m not sure the 808nm wavelength of it will give you quality photo engravings like the 450nm-445nm laser diodes will either. We have not tried that wavelength, but have found others failed to get successful photo engraving results with the 808nm.

I think a little expectation management is in order here. It is a 2.8W laser and can’t do what higher powered laser can do. It is also not as high of a price point either. This is a similar conversation that has come up about the X-Carve comparing it to a commercial grade CNC. For a $350 laser it is awesome and performs exactly as a 2.8W laser should. If you expect more of it then you might have some unrealistic expectations. There is a lot of people that read these forums and I hope we can keep to the facts and not blast something just because it doesn’t do what you wanted it to do… even though it was never meant or is capable of doing. 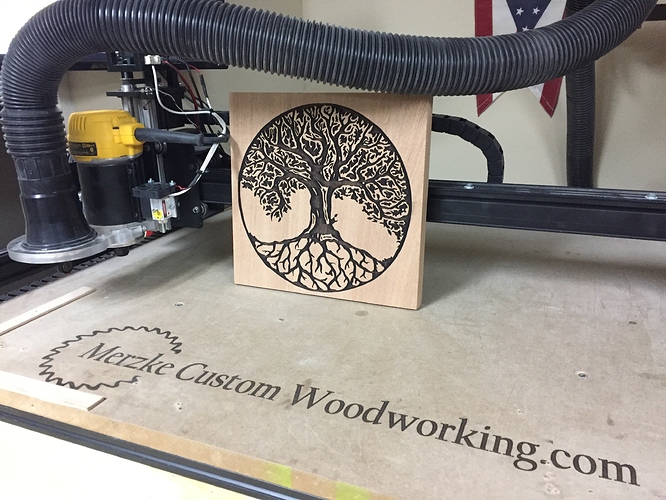 If you are looking to cut things you are going to need a lot more power. Wood and plastics thicker than 3/8 you are looking at the 40 to 80 watt range. You won’t even touch metal with anything under 100 watts. C02 lasers must be water cooled so you will need to add that to the system. Honestly I looked at making the X Carve a C02 laser and decided it just wasnt going to happen. The movements on the machine are just too rough for the sensitive laser tube and the focus mirrors. The amount of modifications would be cost prohibitive. You really want a rack and pinion or linear rail drive system for a C02 laser. The 2.8 watt J-Tech is fantastic at what it does. It was never meant to cut through anything thicker than 1/8, maybe 1/4 inch soft wood. It just doesn’t have that power and that isn’t what it was designed to do. I am going to have to agree with @MikeMerzke on this one. For a Chinese made 80 Watt C02 laser you are looking at 4 to 5 hundred dollars for the tube alone. You then need a power supply, cooling, 3 mirrors, a lens and a ventilation system. The $300 J-Tech is a steal.

a 40W laser doesnot come in an all-in-one module like the 2W ones do. They have a glass tube that needs cooling and is better not mounted near moving parts. So you need mirrors to direct the laser beam, again you are working with moving parts so this is easier said than done. Then you need a proper ventilation system, and an enclosure, and eye protection!

So just because you can easily add a 2W laser to an Xcarve, doesn’t mean upgrading to 40W is just a matter of price and is just as easily addded. These are totally different approaches/technologies. For 350 dollars you can already buy the chinese 40W laser ready-made. It is surprisingly a lot of bang for the buck all things considered.

I own both a JTech 2.8 watt laser and a Cheap Chinese CO2 40 watt laser. I use them for different projects. Both have place in my shop. I would never use a sledge hammer in a place where a smaller lighter one would work just fine or visa versa.

yeah but the k40 is a light hammer too with the turn of 1 knob.

for engraving larger areas than paper-size the smaller lasers can be of use though.