Anyone running UGS on Raspberry B+ 3?

I have recently acquired a Raspberry B+ 3. Is there anyone running the Universal G-code sender Classic with their Raspberry? I was able to run it using Xenial Puppy Linux distribution but, have been unable to get it running on Raspbian.

There is a ton of Java stuff already loaded on the Raspberry but, I cannot seen to find any runtime environment for USG.

I have searched through all the threads and see folks using other web based senders but, would like to get USG working if possible.

OK, so, I got UGS Classic working on a Raspberry PI B+ 3. If anyone is interested let me know.

it should work out of the box. I never have got the visualizer to work but everything else works as advertised.

What UGS version are you running? I got errors with 1.0.9 but, 2.0.0 would start. I was actually able to do a carve today but, on the second carve it just stopped have way through and just sat there.

I rebooted everything then, rezeroed and started again. The carve stopped a second time in a different spot. Not sure what is up with that.

I guess I will have to go back to the Xenial PUP linux computer, at least it worked on that machine. Are you running the UGS on a full install of Rasbian? 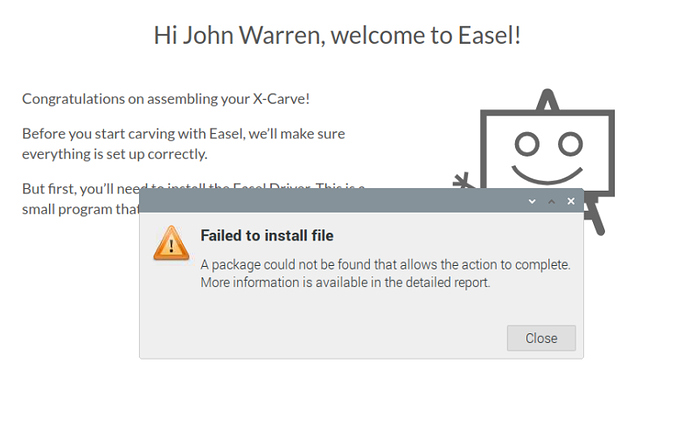 Okay, you say you are using UGS which is a stand alone G-code sender program but you are showing a screen shot of Easel which is a different web based program that is a CAD CAM and Sender all in one.

to run the web based program Easel you will need to install a driver called Easel Local. this will install the files needed to connect the program Easel to the X-Carve. they have made drivers that you can install for windows, Linux (X86) and MAC. If you want to install Easel Local on a different architecture like ARM or ARM64 (raspberry pi) you will need to compile (make) you own. how to do this is outlined in the post by @SamyKamkar in post Easel Local for Linux?

If you want to use UGS to send your G-Code to the X-Carve then you need to use a CAD CAM program to generate your G-Code and save that file and then run the UGS program to send it to the machine. UGS is a Java based program and you can use it without the internet. As far as which one I use, I have been using version 1.0.9, the only issue with the Pi is that I can not get the visualizer tab to show tool paths but I do not care as I see them in the program I use for generating the G-Code file.

Sorry Kenneth, I posted the wrong photo. That is the error from trying to install Linux drivers from easel on the PI3. I was able to get 2.0.0 UGS to load up on the PI3 but, it would stop during carves. May be a resource issue or may be something else. I have abandoned the PI3 for now.

Internet is very unreliable here and I have had problems running a carve with Easel. So, I generate the g-code and send it to UGS. I have placed another desktop computer with win10 on the X-carve and running the carves with UGS. Been running all morning with no issues.

The PI3 is very cool though. I will play with at a later time. Need to catch up on carves that people want first.

This was my first carve attempt with easel once I had everything setup. Drove right through the project board and into the spoilboard. Smoked up my garage and freaked the wife out!!! I called tech support and was told to disconnect the homing switches so, I did. Tried another carving and it happened again. So, I have abandoned the easel for carving and now use the UGS. 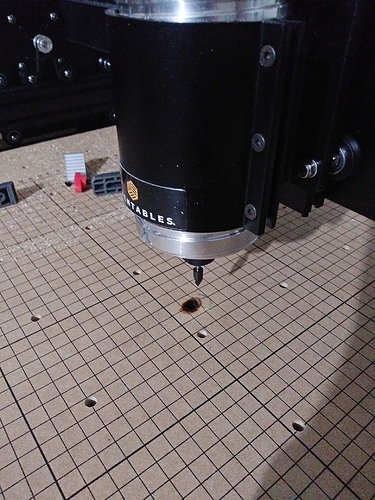 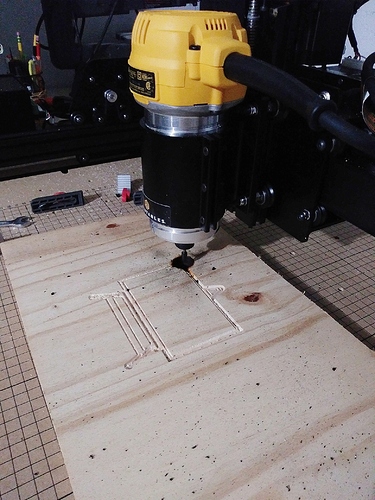