Anyone willing to create this for me?

I am looking for someone to digitally build this for me. The width is 4.5", height is 2.5", its depth ranges from 0.435" at the top to zero inches on the sides and bottom. Its basically a quarter of a sphere. 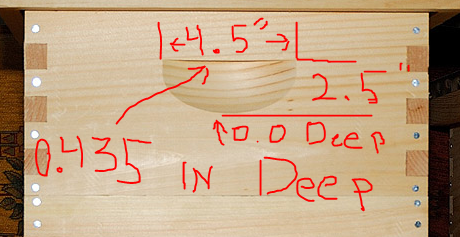 Caaaan dooo! But, for anyone to do that we’ll need a micrometer measurement of the diameter of your ball / flat end mill and the material.

Additionally, you should be aware that achieving a sharp inside corner on the upper lip will be impossible, and will need to be radius’d to the ball nose end mill used.

@NathanButler I might need to be schooled here. The bit is a 0.250 High Speed Steel 2 Flute Upcut Spiral. the wood is Cedar. Should I use a different bit?

For wood, block and plate aluminum

The radius on the upper lip will be fine. They are just hand holds.

That looks to have been cut using a table saw, at the very least a small circular blade. You really wont be able to achieve that look on a router - IMO.

On a side note - If you made that why the nails?

Bits are always undersized, so you need to accurately measure the bit’s actual diameter for someone to generate G Code for you to use. It’s generally recommended that you use a ball endmill for 3D carving.

What software do you plan to use to work with this shape? 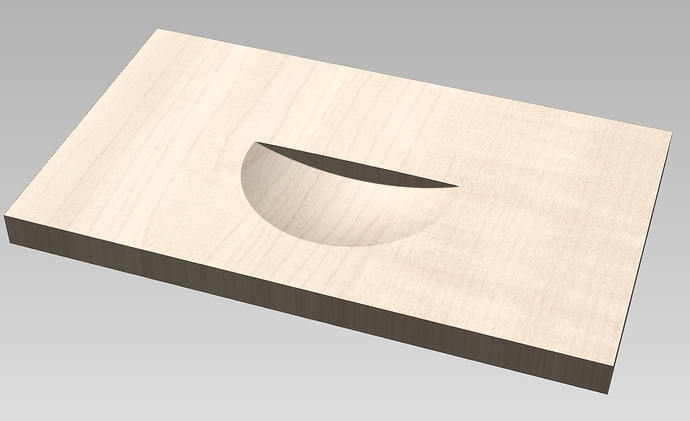 You are correct, it was made on a table saw. It appears to me to be very dangerous, that’s why I was hoping to use the cnc. I didn’t make this box all of mine are missing thier handholds. LOL

This box was made on a CNC machine 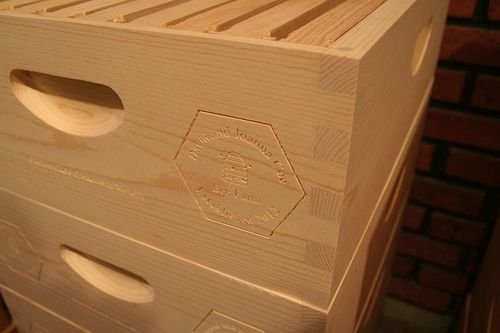 Fusion360 could work that shape out in minutes. No problem.

@ErikJenkins couldn’t I just import it into Easel and let it do the work?

No. As of now, Easel has no 3D carving capabilities so far as I’m aware.

I don’t use easel, but I suppose you could import the g-code and run it…what software do you normally use? Just easel?

You’ll need to either “dog bone” the corners or make them 3D (like FingerMaker http://www.tailmaker.net/box-joints.html ).

@ErikJenkins Yes I have only been using easel. I didnt know anything else existed, I am a newb.

@NAM37 The tailmaker link is awesome. Thanks for sharing.

Easel is fine for sending G code, but is you’re a newb I’ll fill you in on an important software tip: there are two major and often isolated software steps for using an X Carve. You must 1. generate the tool path, and 2. send the tool path. For generating tool paths, people use Fusion360, V Carve, RhinoCAM, etc. For sending tool paths, people use UGS, Chilipeppr, etc. Easel lies somewhere between these two steps, being capable of generating toolpaths for simple shapes and SVG vector art, and being capable of sending G Code (though without many more useful features available in UGS and Chilipeppr). You could theoretically always send your generated toolpaths with Easel, but you will often find for more complex parts that you must generate your tool paths elsewhere.

Oh yeah, those handholds look good too. The table saw method can be shady if you arnt ready to try it.

@NathanButler Thanks for breaking it down for me!!! I had no idea.

Cut a slot first, with a flat endmill, or a bull nose, then leave that diameter untouched when you run the ball nose. That’s the only way to get the sharp edge.

You can feed an SVG in of any shape, and Easel can generate the G-Code. That part would have a gradient going from white ( zero cut) to a shade of grey or black at the maximum depth. Easel then converts the various shades to depth based on how thick the material is.

What Easel isn’t so good for is generating/drawing that shape. Here’s an SVG I’ve made for a step scarf that hopefully shows what Easel can do. In effect, that curved bowl is nothing but a many stepped version of this.