That is insane customs for a machine you spent somewhere around $2500 your dollars for.

I would call the customs folks up and tell them you can sell them as many X-Carves as they would like for just half of what they think they are worth.

Tap set tells me you got hand taps. 4 flute taps in taper, plug and bottoming. If you had gotten a 2 flute spiral point tap you could put it in your cordless drill. dip in WD40 and power tap all your holes in less time it will take you to tap a couple of them by hand.
Taping your rails is far better than using the self tapers that they send. They are self taping sheet metal screws and not designed for use in long holes like the rails have

Sure hope your machine arrives soon with no damage or problems with customs.

Bet there are a lot of bikes on the island cause who can afford a car at those custom charges.

Yep, tapping the slides is the way to go if you’ve got the time, good call.

Angus
When I was looking at the X-Carve I took a quick look at Easel. It did not take very long to no that this was not the way for me to go. I had been running Mach3 for several years and had the equipment available to run my machine on Mach3. The other operating SW was LinuxCNC and Path Pilot from Tormach. I also had a spare computer that I could convert to a Linux machine so that became an option.
I am much more at ease with Mach3 and making changes to the config files so this is the SW I plan to start with as I learn more about LinuxCNC. Once I get that down pat I will shift the machine over.
Cars I think half the population of the US is on the road 24-7 365. You can’t go any where without running into traffic problems.
My 03 dodge PU will have to see me out for the same reason. Have to meany tools to buy

I bought a fully loaded 1000mm kit as well as Vcarve. Even though the cost of Vcarve was included in the price and I did not even realise, the duty was calculated on only US $1500.

Seeing that you order so many small items, maybe you should consider an Aeropost box. Shipping cost is not too bad and they deal with all the clearing and you can collect from them at either Coverley or Collymore Rock. Way more convenient that going up to the airport. An items under US $30 - $35 usually are duty free.

I should say that a shipment (not items) under US $30 - $35 are usually considered as personal items and you pay nothing.

Yes, I just bought everything, did not even think about making my own (apparently that adds a lot to the US shipping costs as well!) - anyway, already ordered.

I believe that the wife will allow me to assemble it on the dining room table.

Have to build a small extension on to the house for the Xcarve as I have no more room in my workshop.

Well, not too bad. I have a back deck that has a covered portion, so I will be enclosing a half of it.

Greetings from Texas Mr. McLeod. Good luck with this build. All the talk of duties, fees etc makes my head and pocket book hurt.

Worth it if you ask me. Mine is running good (most of the time)

Collected today. Hope you don’t mind if I post my build in this thread 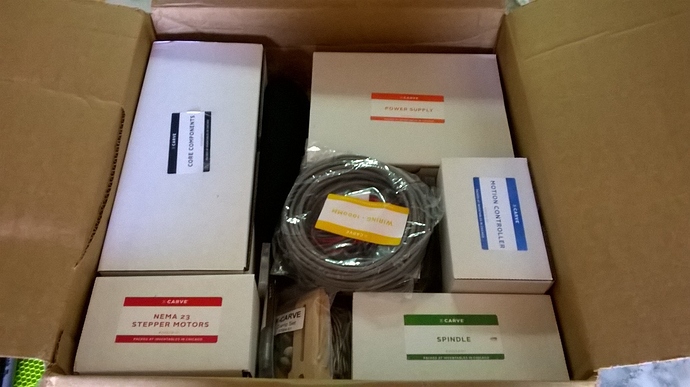 Spent about 3 hours and have completed the gantry. No issues as all parts bags are very well labelled and packaged by sub-assembly.

The tapping was no issue - used WD-40 and took my time, but was really no harder than tightening a tight screw.

Tomorrow, I will continue, but I need get some spade clips to install on the ends of the wires which go on to the wire connecting strip (I just don’t like wrapping wires around the screws - can cause breakage and bad connections). I will also solder the wire strands first before placing them into the spade clips.

As far as those little screws goes, I had very good luck using a couple of magnetic parts holders for all of the loose screws. I’d take out the parts needed for the next step and drop them into one of the magnetic holders. Never had any trouble with them wandering off that way since we all know those parts are super sneaky and like to run off! 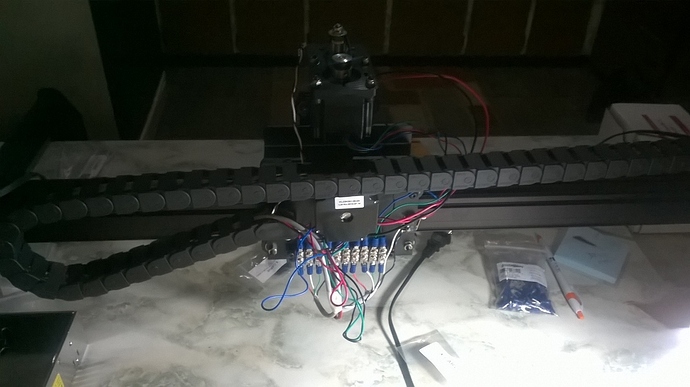