I just had my belt snap on me, then snap again after I re-tensioned with the remaining length. I’m very upset about this, not so much because I have to order a new belt before I can work again, but because I’m worried that this will happen repeatedly.

My machine only has about 2 hours of actual carving time on it, which is nothing. I had tensioned the belts up to 5lbs on each side of the Y axis, which I am told is a perfectly reasonable tension (I think the belts are rated at 6.25lbs if I remember correctly).

I thought maybe my tensioning technique was wrong, but I double checked the threads that I had read before on the subject and they outlined exactly what I had done. The tensioning was also done a few days prior and with some machine use as well, so I don’t know if there’s a connection.

What I do know is that I live in a place with extreme heat and humidity (Yucatan peninsula in Mexico), and the weather is just starting to get much hotter now. Is this a problem that others in tropical climates have had? Am I going to keep having belts snap on me? Am I doing something wrong? Is there a threaded actuator upgrade that can be done for a reasonable cost?

Many questions I have…

Here’s some pictures for clarity: 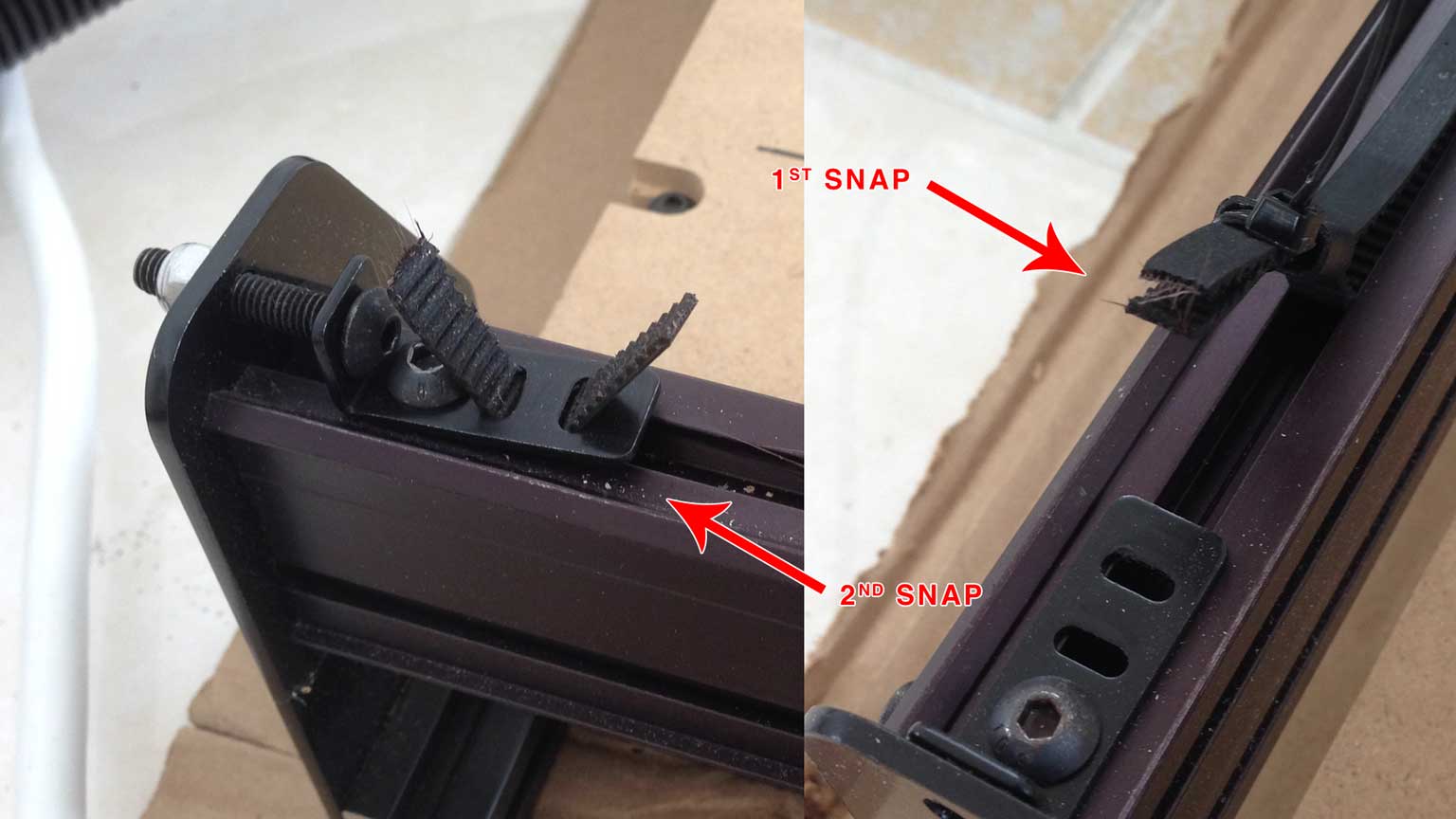 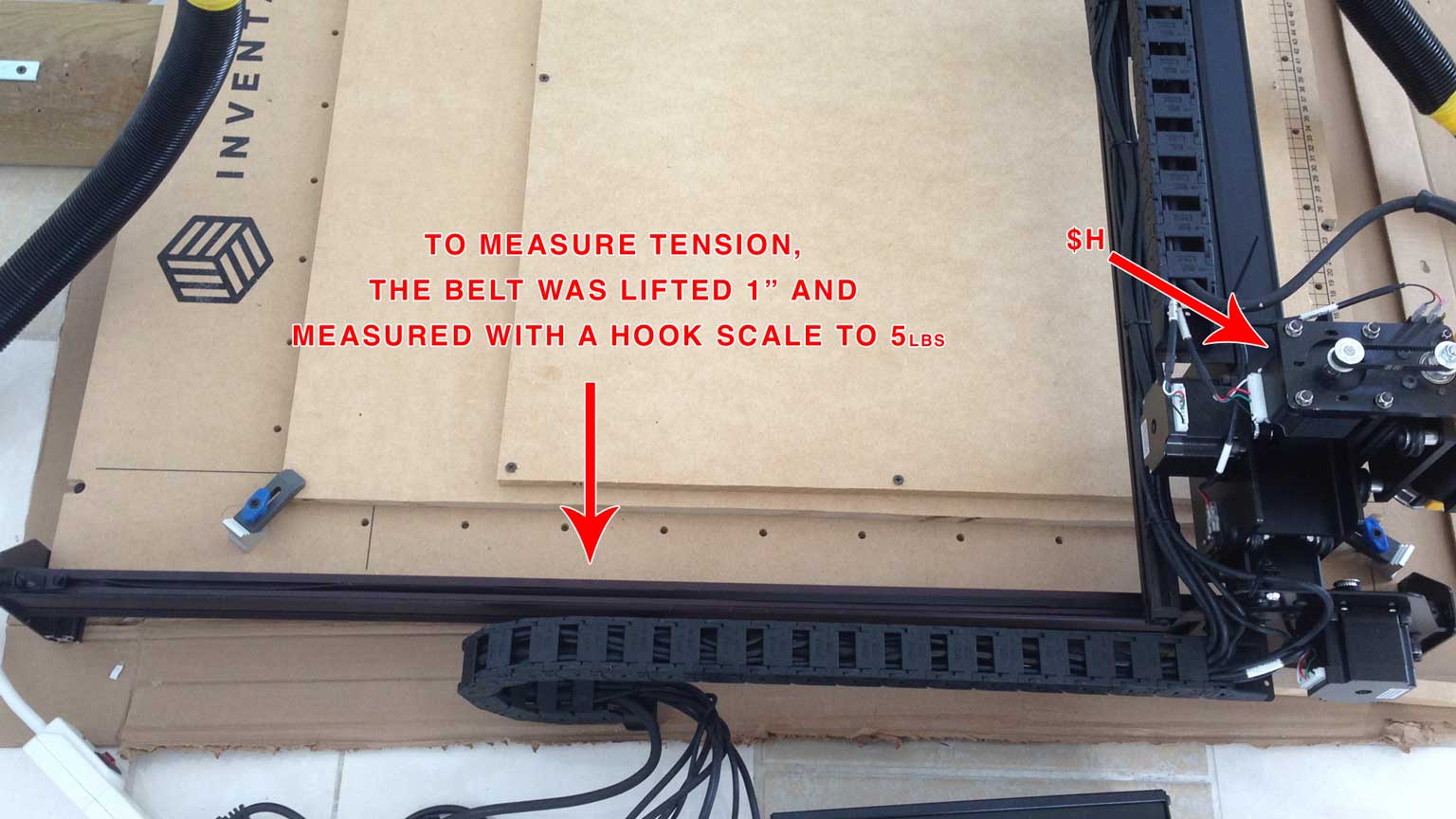 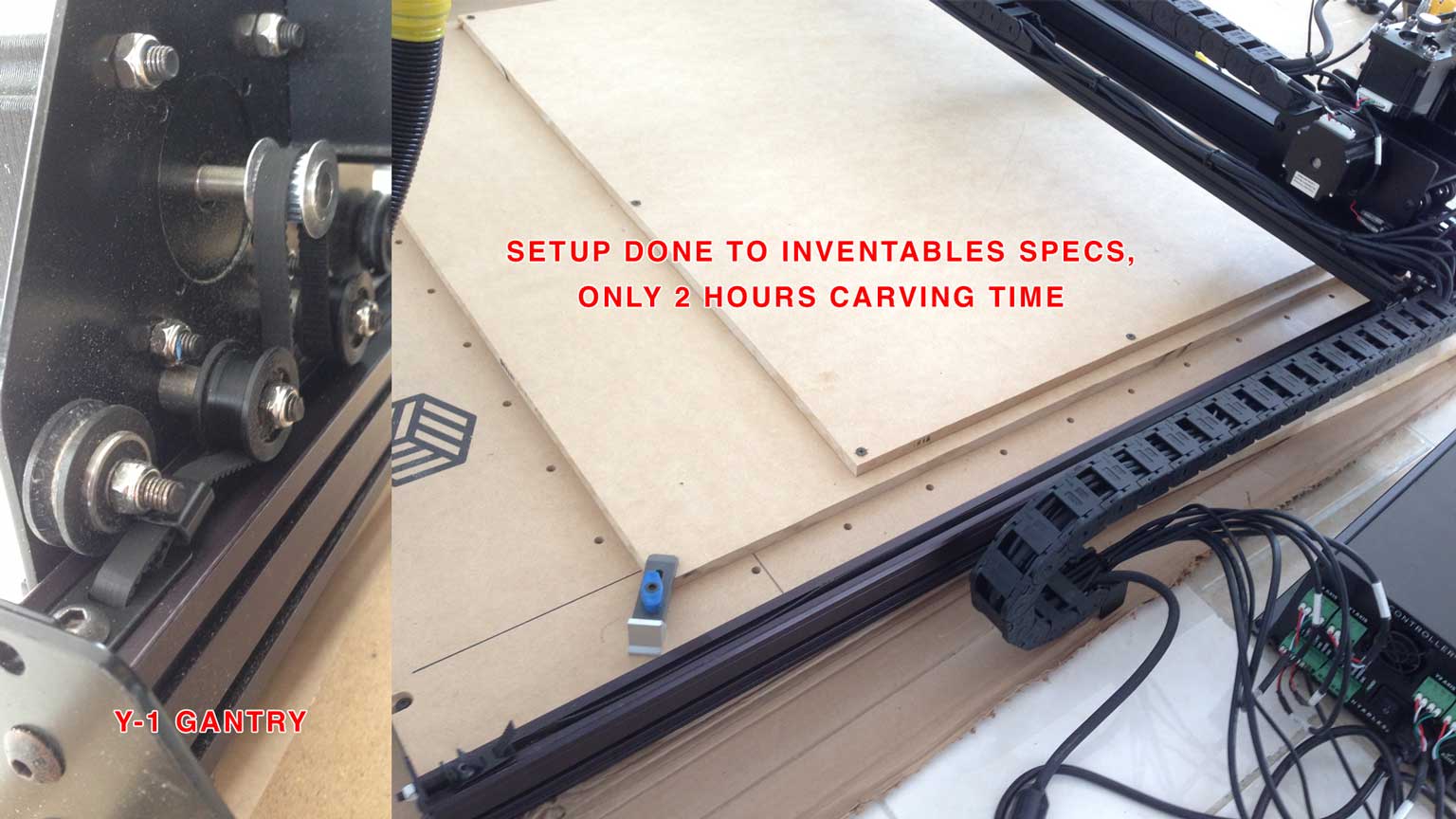 The belts should have a very wide range of operating temperatures — similar belts are used for timing belts in vehicles after all.

Getting good quality belts (I like to buy from SDP/SI) seems to help with this sort of thing.

Did the failure occur at the front of your machine, near the home position?
This image from you concerns me. 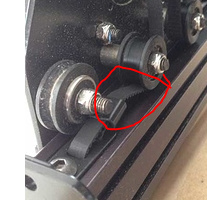 I do not home my machine at the very limit of it’s travel.

Just want to make sure everyone knows, Inventables customer service suggested it was a defective belt and they are shipping me a new one at no cost - they’ve been pretty much flawless in any interaction I’ve had with them as a company…not to be an ■■■-kisser or anything.

Anyway, so the consensus is that humidity will not affect the belts.

It was slipping on me when I was trying to tension it before too, every time I got around 4lbs, which isn’t much. What did you upgrade to? I’d like to know for future reference…

If you repeatably jam against the end stops, you will likely damage/break more belts.
My machine is in a screened-in porch in mid-Florida. Weather shows no effects on my belts. Have never broken or damaged the original belts after a couple of years. I do have limit switches at each axis end.

I have the stop switches in place so I only did it a couple times in the very beginning when I was learning how to use the thing, I feel like it would have broken back then if that were the cause. But that’s good information to know, I’ll be extra careful about that regardless.

Florida has a similar climate to here I think since you’re just on the other side of the gulf - less severe heat, but maybe the humidity is similar. My M5 nuts on the ends of the Y axis plates rusted over within a couple weeks of purchase, which is crazy since they never came into contact with any liquid. This place is mental…

BillBlades do you have a part number and links for the belt and pulley’s for the z axis shown above? I already upgraded the X - Y axis to 9mm belts.

Awesome, thank you - if I have any more troubles, I will do this. For now, I’m hoping it was just a defective piece as they suggested. One question I have: is this a direct replacement or do you need to re-calibrate your stepper calculation?

Hi Bill, I’m just resurrecting this because the replacement belt that Inventables sent failed on me, again at 5lbs tension. Would the 6mm belt from that thread be an upgrade that wouldn’t require replacing the pulleys?

I’m looking for a direct replacement for the sake of ease, I’m not having any performance issues as is and would like to just keep moving. I have a 1000x1000mm x carve, but some turd smashed my car up yesterday so I can’t go to the workshop and just measure my pulleys myself -_-

Edit: this one has a 2mm pitch and is 6mm wide, first one had 3mm pitch which I think is incorrect for the stock pulleys. I just don’t know what makes a better belt - they both have similar specs (the x-carve one is here).

I live in Phoenix AZ (no humidity but high heat). Machine has about 300 hours on it running at times in 108 degrees and still on my first set of belts. I don’t run it when temps in the garage exceed 108 and at 95 plus I have a common house fan that I run to keep air moving across the equipment.

I agree about backing down on the tension. I do not recall anyone recommending the 5 pounds. I have been running on original belts over a year at 4
1/2 pounds.

My X-Carve is in a hot and humid environment (Georgia). The only time a belt snapped was when I forgot to tighten them up after doing some maintenance on my machine and they were caught under the idler. I don’t actually measure the tension on mine…I keep them snug and evenly tight. Not really scientific, but it works for me

I’ve actually decided to go by ear now and just make sure they’re tense and ringing out the same note when I pluck them, though I found a few people saying they have theirs at 5lbs whilst originally searching for info on how to tension my belts, so I sort of just went with that.

Regardless if it’s necessary or not though, the strings are rated for 6.25lbs working tension so it shouldn’t be happening regardless. I feel kind of bad because I think Inventables must’ve received a sub-par batch from their supplier or something, they were very helpful and shipped me a new one the first time immediately. They also suggested it was a belt failure rather than a tensioning issue. If my situation is unique, maybe 5lbs is just too much, but I’d hope they’ll lower the working tension listed in the GT2 belt’s specs for people like me who go by numbers first

Thank you for the info, I’m going to order a few of these Gates belts and restring the whole thing.

I’m just making some guitar models in Fusion while I’m sitting around, gonna start building some with my machine soon. 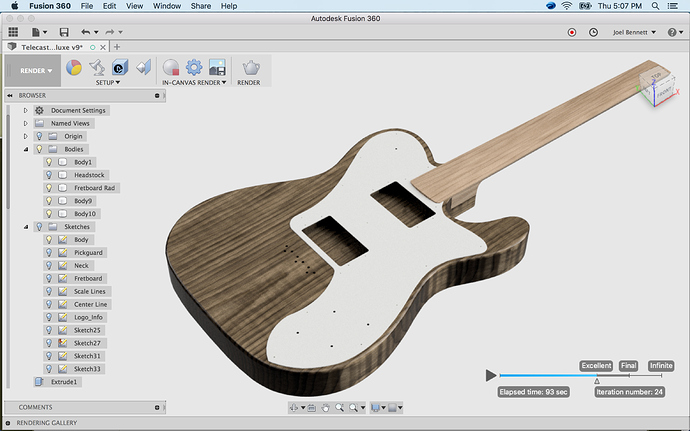 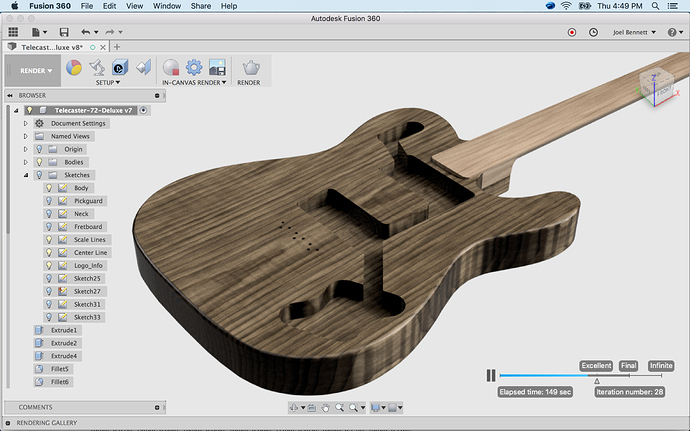 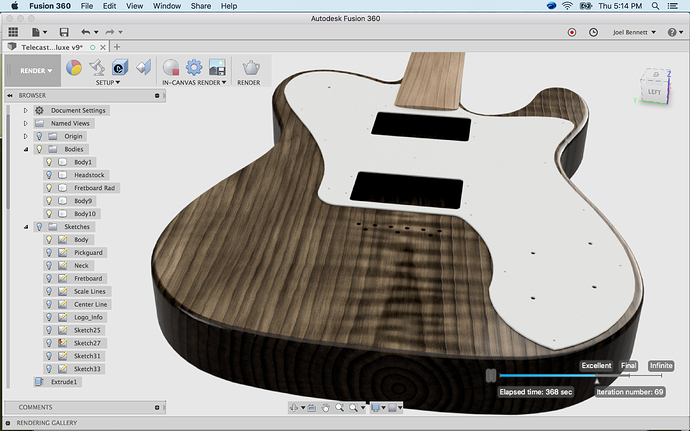 Telecasters are a great place to start since they’re such a simple body design. I have plenty of templates on my website (in the guitar templates section in the top menu) that you can use to get the outlines from, but I’ve only just started making full three-dimensional models so I can move into making guitar kits for people next.

If you want the template files that I keep for myself, I could send you them since they’re a little more organized and geared toward CNC work.

I can’t find the free 3d files section on there, only the ones for sale - can you link me directly?

Welp, your Les Paul body was 439" long, which is slightly larger than the original. The Tele came in at a more reasonable 403" in length.

This is measuring both DXF and STL files (the STL for the LP was 168", which is even stranger).