OK I just have to tell everyone about this. I admit that I did find this by accident in one of these forums posts and so I can’t take the initial credit, but I looked into it and was blown away. After seeing this design I thought hey I could reverse engineer this thing, but as I started to list the BOM and think of all the issues it took care of I decided that Mark Chepurny the designer of “Suckit” deserves my support. So I went in on this campaign instead of spending hours reinventing the wheel. As a Sr. ME and a maker for over 30 yrs and who owns three 3D printers, four 3D scanners, a 100mm X-Carve, and a Laser cutter on order, I would like ask everyone to check “Suckit” out and if you like it spread the word.
Disclaimer:
I am not affiliated with Suckit. I ordered one through Kickstarter and I am recieving NO special treatment or compensation.
Here is the link: 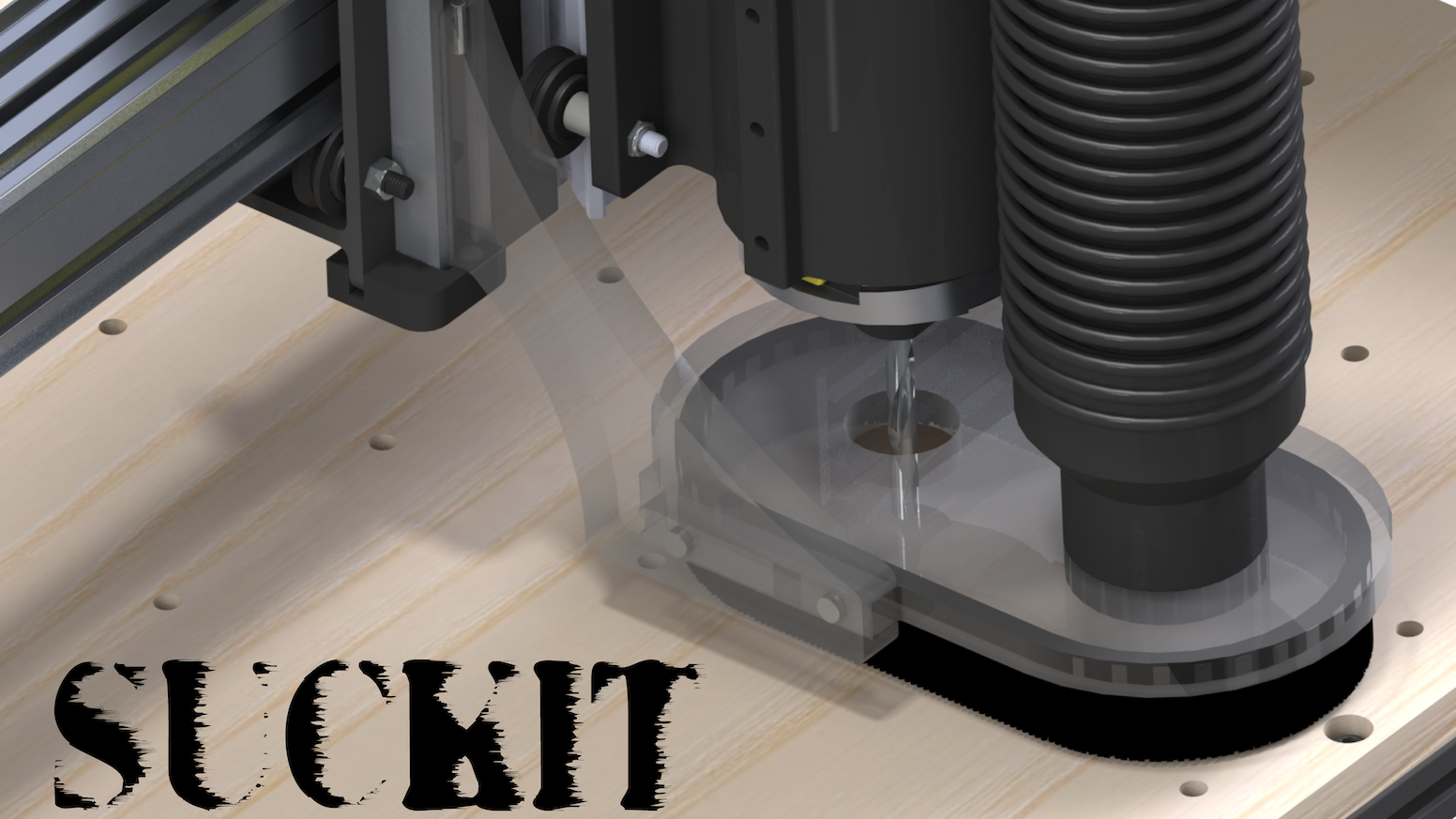 Ingenious dust boot for your X-Carve or Shapeoko 2. Using your CNC is no longer a dirty job! www.suckitdustboot.com

What size hose does it accept? I’m looking to move up to at least 2.5 inch hose, but I’ve been doodling a dust shoe that would allow for 2x 2.5 inch hoses, so I could use the line from my dust collector (into a 4 inch Y-reducer) instead of my shop vac.

It looks a lot like a 2.5" to me. I’d really like a 4" port, but the extra bulk and weight would be problematic, I think.

Haven’t seen a reference to the hose size but there is a no-hole option for those that want to cut the hole to a specific size.

You can order it without the vacuum hole and put in what ever size you want.

There is some really flexible stuff out there, and it’s not very heavy.
I was going to build a shield with a 4 inch port, but couldn’t come up with a layout that didn’t limit the travel, and let you see what was going on (but then, I have the camera mod now, so that’s less important).
I was planning to go the dual 2.5 inch route (my rusty geometry says the area of 2 2.5 inch diameter circles is almost the same as 1 4 inch circle), but haven’t had time.
At the moment, I have a 4 inch into a y with a 2.5 inch coming off, both sides taped to the table, and the shop vac 2.5 inch hose in reserve for manual cleanup.
It’s not fancy, but BOY does that that 4 inch hose pull in the dust! 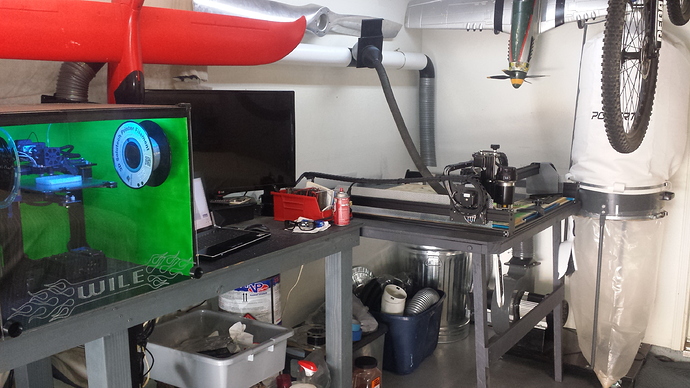 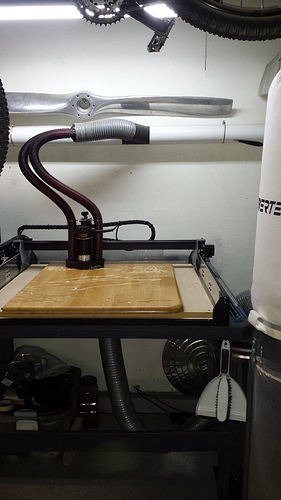 Ive tried both and dual inlets work much better.

I too in the last year have designed and reviewed a number of these designs. My last design had the hole router go into the vacuum chamber. The problem I had is that the turbulence that the DeWalt 611 cooling fan, which blows down, went into the chamber causing particulates to be pushed out where the suction could not create the negative pressure drop to bring up all the cuttings. A lot of designs required a diverter to attach to the bottom of the router to keep the air flow from disturbing the vacuum chamber. I started to model the air flow and vacuum required to over come the Dewalt 611’s cooling fan and in oreder to create equivalent vacuum I had to almost double the pressure drop. For me that would mean going from a wet/dry vacuum to a louder and larger more industrial vacuum system.
As for the magnets, I believe they are only on the top side of the arms so that they can be held up out of the way when changing a tool. The Suckit design is a floating head requiring no pressure on the brush brissel as the cutter moves up and down.
What do you think?

Nice!
Does that setup limit left to right travel?

Can you share the source for what appears to be a 4" Y adapter to two smaller hoses? I couldn’t find one and what I came up with is huge…

Phil, how did your magnets fail? I’ve not heard of that happening before.

How much is the suckit?

My major concern with this design is it snagging on clamps. It looks ok if you’re cutting 1"material, but what about 1/4" where the boot has to be lower but the clamps still stick up? Anyone have any experience with that?

I actually asked about that, he said that the brush itself is a snap-in fit for the McMaster brush strip, so you can change it out for whatever you want. Could be a problem if you get too high, though, that the router bit won’t reach the material through the hole.

Not to mention the risk of the bristles or skirt hitting the cutting bit.

I’d think you would have to try pretty hard for that one, given that trying to get the bristles to the bit would have to be fairly far pressed down onto the work. I have a KentCNC boot right now that has ~2" bristles, and I’ve had no trouble with it.

I just contributed! Hopefully it doesn’t take too long to ship, I’m very impatient and my current dust collection set-up is pretty lame.

The approximate delivery states April 2016. I have backed a lot of Kickstarter projects some have run as much as a year over, but those were for far more complicated items.
Anyway I too can’t wait to get it and hope to have it sooner than later.