Yes it dose return to the original xy after completion.

Is there a way I can report this to inventables? Other than posting on the forum?

Link to Inventables support on the bottom of this link:
https://inventables.desk.com

If the bit return to the XY origin (and Z safety height) then the reason for bit not retracing is in the code.

@HaldorLonningdal He has some “retracts” that only reach the height of the first step down (-0.125"). I’ve seen this same problem reported by others. I’ll see if I can find the threads.
@AlexGrecheski They always say to click the button where it asks how the carve went as a way to get the issue to support.

The bright green (or yellow maybe?) line going right across your S, where you see the extra line in your carve, is a travel move. Travel moves aren’t supposed to cut anything. Easel has your detail bit clearing out the top corner in the S to a depth of 0.24" (why not 0.25" as in your design?..another issue?), but then it only raises to -0.125" before zipping across the face of the S to clear the random spoton the curve of the S. The surface of your S is at -0.125", so if your zero is a little…

Yeah I recall such posts from earlier this year, thought it was fixed.
@AlexGrecheski - could you open up Machine inspector and report back Easel and GRBL version?

Bug. That travel move (first occurs on line 1250ish), which repeats for every stepdown, is at the same height as your center “island” (-0.02") I’ve seen this before with pockets within pockets, but I thought they had fixed it. @Ruwan @JeffTalbot

so I’ve had some serious issues with z depth during my carves using easel pro. that being the z axis is not raising at all during my carve using v bits. so it just scrapes through the work piece during transition to another spot it needs to carve. I have contacted Inventables on this and basically no help but to say their software team has been changing tool path stuff. so why the hell do they not test and mess with it in a closed environment instead of doing it on here were it effects everyones…

Project has cursive lettering flush to surface. Block font below that and a rectangular block area below that. Only the block font in the middle is affected. It looks like it’s not retracting before moving across. I’ve adjusted the safety height from .15 to .25 with the same results. [20181130_061556]

I’ve never seen the button to click that asks about how the carve went but that’s probably because I download the rough and detail files and import them to carbide motion. So I’m also guessing that machine inspector and reporting what easel and GRBL version won’t work as well.

Do you have to use CC or can you use Easel also as sender - staying entirely within Easel?

How so? Easel generates the toolpaths the same whether you’re exporting Gcode or running the path through Easel. So how would the bug be fixed when running through Easel as opposed to exporting it? It’s already been established it’s a toolpath issue…

Are you running the detail first and then the rough? Easel used to use some principals of rest machining and assumed you had run the roughin pass first so it wouldn’t fully retract so it could optimize carve times (well, that’s the only logical reason). I remember seeing a rapid inside of a pocket and thinking to myself that I was glad I did the roughing pass first. Not all software does this and there are times where doing the detail pass first is beneficial but, another reason why I bought Vcarve.

@JustinBusby Yes I do the roughing pass first.

The Easel bug have been dealt with

There is a bug in the generation of the toolpaths. It’s simple to recreate. 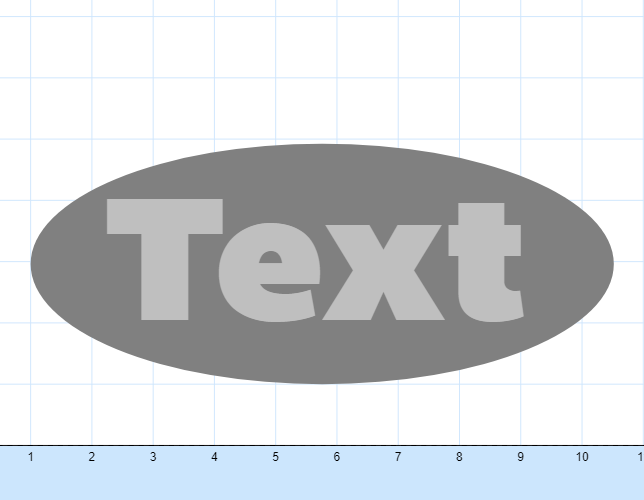 Red lines in Easel preview are rapid (non-cutting) moves.
The highlighted rapid (among others) is a retract to -0.125" which is the same height as the surface of the carved text.
That move occurs at line 4378 & 4379.
Technically, it is at the same height as that was cut. In theory, it wouldn’t cut anything. Reality is different. Not many would run rapids across a workpiece with a retract to 0. If it’s not a bug, it’s a bad toolpath.
@JeffTalbot @Ruwan Is this the expected behavior in Easel? 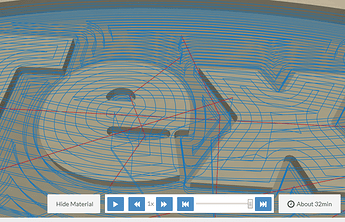 So how hard do you think it is for them to change that?

Well I have a ticket in with them as of last night so I will let you guys know what they say when/if they respond.

Point them to this thread as well

Hi @NeilFerreri1,
We have created a ticket in our system to track this issue. Thank you for the report!

So last Friday they said they were going to get the head of support on this issue today. Here’s hoping they figure out the problem soon!!!

@JoeSheble Here is what I am talking about.