Can Pine be used?

Has anyone used Pine? I am just interested to see how a project turned out? I know it’s a soft wood… For some for free ap interested in trying it out!!

@BrianRodriguez Pine is really easy to cut, but easy to dent. It’s a nice cheap material for practice or something that is going to be used as decoration at a party. 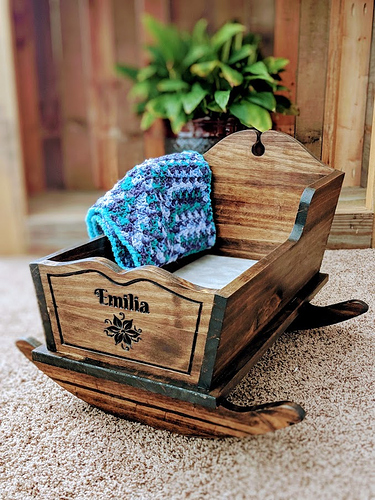 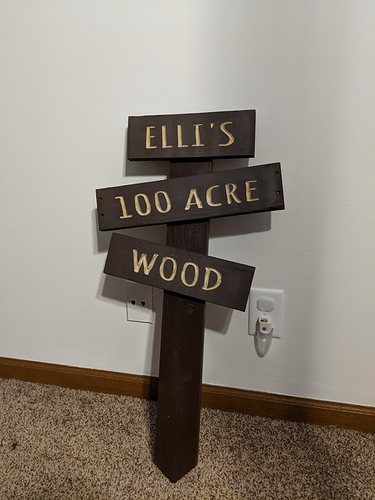 You can use it, but usually it’s more trouble than it’s worth since it warps so incredibly bad. 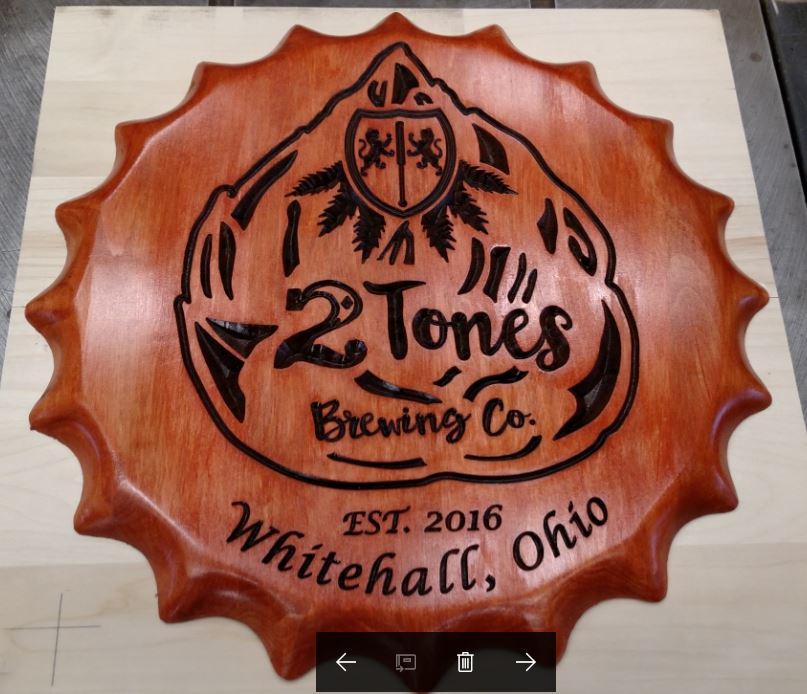 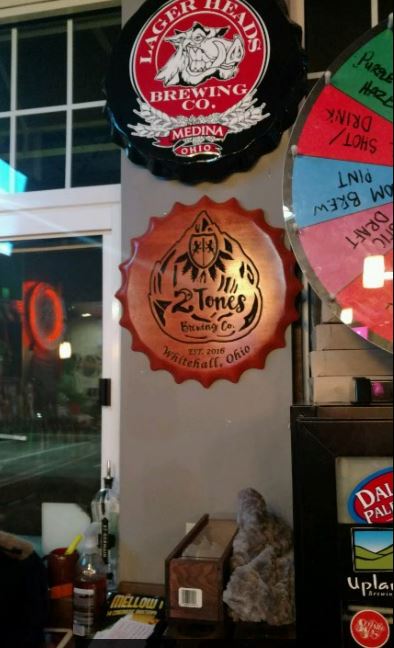 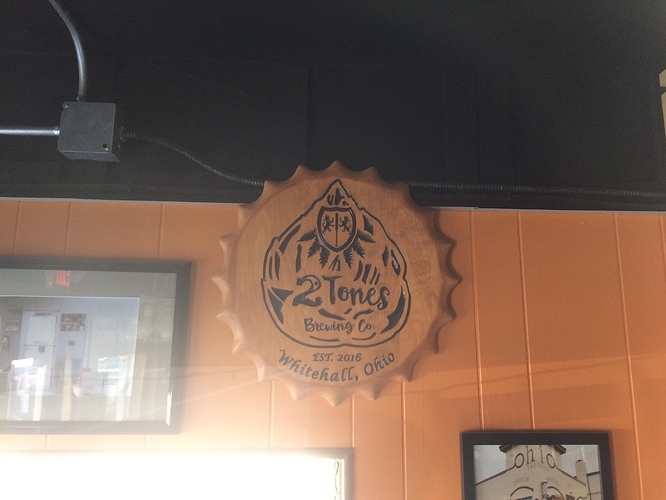 Thank you.
They buy them from me and give them out to the bars that carry their products.

Thanks for the heads up!! 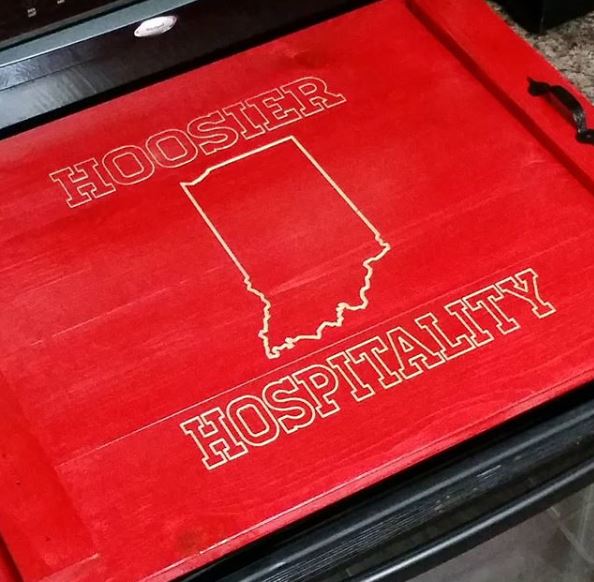 Plywood, Pine, Oak, Walnut, basically anything that can be cut with a router bit can be the material.

You just have to get the hang of how the material cuts then you can use about anything. 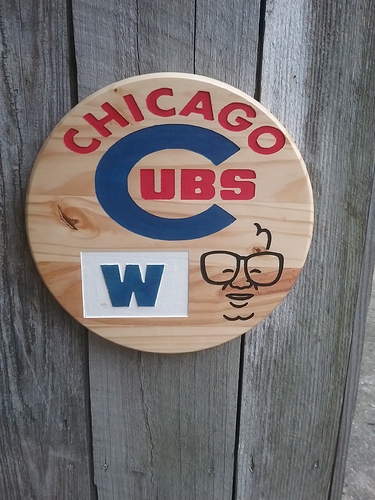 ANY wood will have the tendency to warp because when you are carving it, you are releasing stresses in the wood.
I’ve had some stay perfectly flat (which is rare) and some that warp excessively.
However, i have always been able to straighten them out.

of course. I’ve cut a few hundred signs in oak, walnut, and cherry, among others. Oak will sometimes warp a little, depending on where the board was milled from the log and how much material you’re removing. Pine will warp so ridiculously sometimes (like 1.5" of warp in a 10" tall sign) it’s completely useless. If it’s a structural piece, like for instance the crib shown above, pine is probably a good choice, as the structure will keep the wood from warping too bad. If it’s for a free standing or board sign pine is sometimes more trouble than it’s worth (for me). Sure, you can hit it with a heat gun on the necessary side and try to get the warp out, but that’s not really an option in a high production environment. You can also rip the pine and flip the grain on every other board and join them together to minimize the effect, but again that’s too much work for me. I still use pine from time to time, but on hanging signs I usually choose other woods that make for less labor.

I did a larger clock recently which I use pine for the face (3/4") and used a 3/4" OSB backer to try and keep the face from warping. I used pine because of weight, as a 1.5" oak clock would have weight nearly twice as much. Since it was a 30" face it would have been 40-50lbs or so, too heavy to hang for most people. Even with the backer I still ended up with a pretty crazy warp in the clock, around 1/2" or so. I was able to use the clock still, but it was disappointing - again burned by pine. 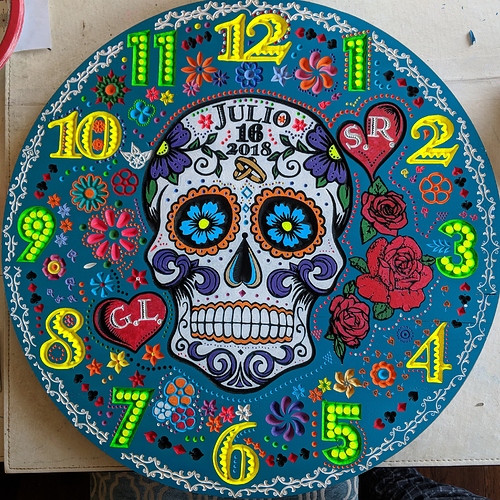 WOW I’ve never seen pine warp THAT bad.
You’re right, in a production environment you don’t have the time to deal with it.
When i have a warped piece, I simply set it up and put a weight on it for a few days.
But then again, I’m not a production shop.
Nice clock by the way.

I still ended up with a pretty crazy warp in the clock, around 1/2" or so

How did you finish it? Where was it hanging?

A lot depends on how much material you’re removing, and even how you’re sealing or staining it. I’ll cut a piece of jointed pine, engrave it to a sign, come back a week later and it’s curled up.

The pine was glued to the OSB and put into a press for a day. It dried for a week and then I did a facing pass to get it flat and it was then sanded/primed/painted, and I let it dry for another week. I then applied oramask and vcarved the design and eventually painted the reliefs. It sat for a month in my shop which is humidity and temperature controlled, where the wood had been stored for about a year. Had about a 1/2" warp across the diameter in the direction of the grain, typical warp I see from pine.

Did you do anything to finish the back?
Too bad it warped on you…looks like some effort went into that one.

yes, that back was painted black after it sat for a month, I don’t usually seal laminated wood after gluing it until it’s had time for the moisture to escape. I’ve never had oak, alder, maple, or hickory warp on me to any measureable amount. I’m still intrigued by Pine, and I’ve managed to create some rather effective ways of getting the warp out, but it’s just too much of a hassle. The price always makes me revisit it, so I’m always interested to hear if anyone has some solution I haven’t discovered yet.

Pine lumber can definitely vary significantly in quality, but I’ve not experienced the kind of change you’re describing.

The 1x6s I generally use can have all kinds of cupping, warp, twist, etc in the stack at the store. Generally if it is one of the “reasonably” straight and flat when I buy it, it stays that way.

The “rejects” typically have the largest growth rings and have a well defined “rainbow”.

When I buy a typical load of 40 boards, I spend quite a while sifting through the bunk for the good ones. Sometimes, if there is a fresh pile, I’ll buy more than normal to try and make sure I don’t have to come back when there is nothing but crap left.