A car launched from a median crashed into the second story of a dentist's office building in Santa Ana, California.

So I’ve been a bit rubbish with documenting the build and taking photos so i will try and skim through.

So first off my CNCnewbie Z axis arrived. 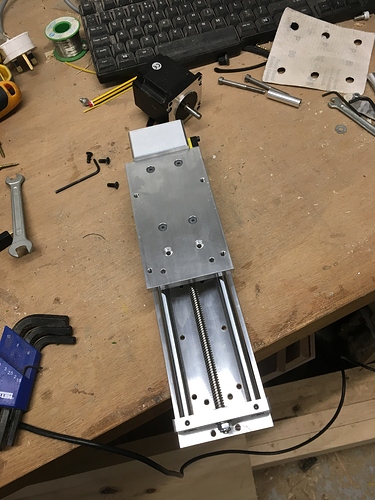 A few moments later i took it apart and started painting it yellow to match the rest of the machine. Unfortunately i didn’t take any pictures from this point until the machine was back together.

Before Christmas i won a $50 gift card for Inventables on the Four eyes furniture giveaway (one of my fav youtube channels) I decided to put this toward the X controller. My argument was after building the machine up i wanted the control pre-done to save me time and remove a possible stumbling block to getting back up and running. This turns out not to be quite as good a plan.
So the X controller arrived before Christmas, I put it together and then did all the wiring on the machine. Once I was ready to test i hit the on button and it powered up… but try and try it wouldn’t connect to the computer. Went through all the E stop to check and that was fine tried changing com ports, powered hubs and nothing. Ended up having a VERY long call with Inventables trying all sorts of things. In the end it was decided that the controller was faulty, they promptly sent out a replacement which came pre-built and tested. Plugged it in and it worked instantly.

As part of the up grades i wanted a relay to switch the router on and off from the controller so i ordered one up from amazon. To start with i had it screwed to the outside of my enclosure but i got worried about live wires around when my workshop roof isn’t as water tight as i’d like. So i quickly “borrowed” from work a plastic junction box and moved the relay in to the box. I also have 12v LEDs in the enclosure to light up the work area so the transformer for this also went in to the junction box. At this point i though “holdup, I’ve got a lot of plugs for this set up now” so i “borrowed” some terminals to go in to the junction box and wired up a single incomming feed which then powers the relay, 12v transformer and the X controller. All this can then be switched on and off at the front. 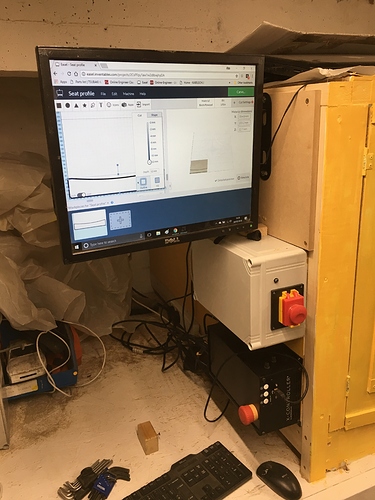 I finished up by painting the enclose in the same yellow 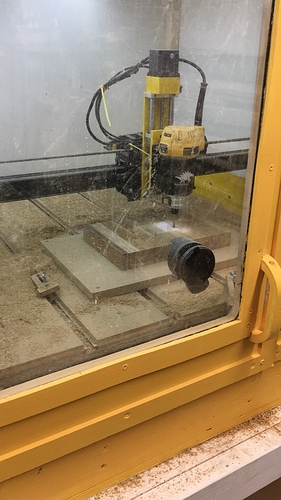 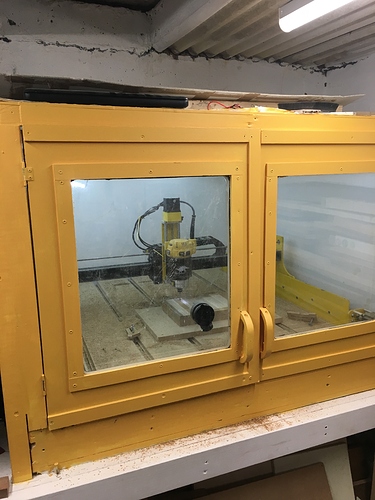 A car launched from a median crashed into the second story of a dentist’s office building in Santa Ana, California.

Gotta wonder if there are teeth marks on the steering wheel… he’s in the right place for the fix!

I’m liking the enclosure a bit. Did you have any issues with the settings?

Still fine tuning but in the main it seems ok now.

When using Easel it seems to travel between points slower than the speed i cut at which is odd. I think i need to spend more time with the settings. I think i also need to get braver with the depth per pass as i’m still not tried above 2.5mm per pass with a 1/4" bit.

I got the thing working and then had to do two jobs, i should now be able to go back to it and refine the settings and level out the waste board.

Maybe surface your work surface rather than facing the wasteboard.

What are the new dimensions? You’ve sold me on purchasing this upgrade for my setup, but I’ll need to make a new cabinet for it.

@Alex1380 How is the system holding up after all this time?

Its all holding up OK. I sometimes get an issue with one of the X axis stepper stalling and loosing steps but this is rare.

The main issue i have is with the workshop itself, i get water dripping in from the garage above and it runs down in to my enclosure. So at some point i need to pull the whole lot out and build a new water proof box as my attempts to stop the water haven’t worked.

Its all holding up OK. I sometimes get an issue with one of the X axis stepper stalling and loosing steps but this is rare

I dont know the upgrade personally but have used ACME screws myself a fair bit - one thing to check is wether the delrin block is a little on the tight side. If it is run it back and forth many times using a hand drill or similar to make it seat in better.

Another thing to be aware of, torque drop at speed and eventually the stepper will stall even without load. So if one carve at or close to max rate the available torque is dropping/low compared to holding torque.

Man… that just looks great. If i was in better shape as far as Cash-flow is concerned, I would have already ordered one… it would solve all but one of my problems…

You’ve got me intrigued, what are your problems and what is the one it wouldn’t solve?

Few photos from some bits i did last night just to show its still working. 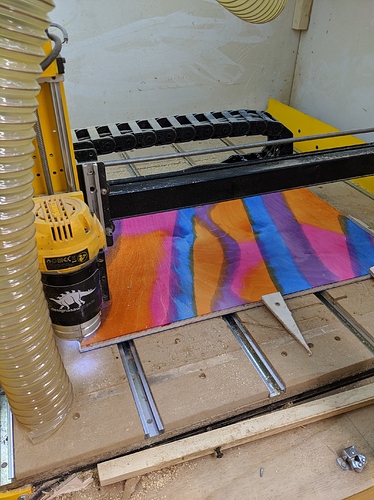 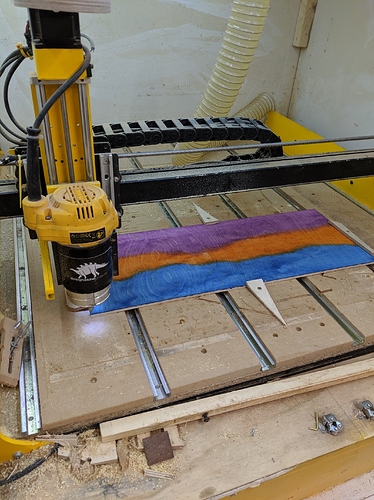