Yeah the yellow to pin 11 and the black to the ground pin. If it is bad where do I get one?

Didn’t you just help someone with a similar issue?

Yes, there was a case of a bad Inventables power supply board.

[Edit - just noticed the pictures are not of the unit having problems]
The pictures don’t show the wiring very well and I can’t read the label on the SSR. There seems to be something suspicious there, however, I can’t really tell with these pictures.

Sir I have no idea, I bought this in march of this year.

I haven’t put any pictures of mine on here. On the front of the power supply there are two plastic connection blocks. A block with two ports and a block with 4 ports. On the two port one next to the spindle switch I ran the yellow and black wire up to the pins where the limit switches plug in. On the 4 port block I ran a red and black from the two left ports back to the Amazon relay and connected then to the plus and minus ports. That’s the two wires that I have 24 volts on whenever the power supply is switched on. The yellow is on pin 11 and the black is on the ground pin I guess that’s the arduino.

I haven’t put any pictures of mine on here.

Without pictures we still don’t know how you have it hooked up. It makes a difference which wire goes to which location. It you can’t or don’t want to put pictures here then tell us which wires goes from where to where.

For example: the yellow wire from Arduino pin 11 on the gShield connector goes to the right terminal on the spindle control terminal block.

And the right terminal from the 24 volt spindle output goes to the positive terminal of the SSR control input.

I’ll put some pics on tonight, soon as I get home
Thanks to both of you for your help 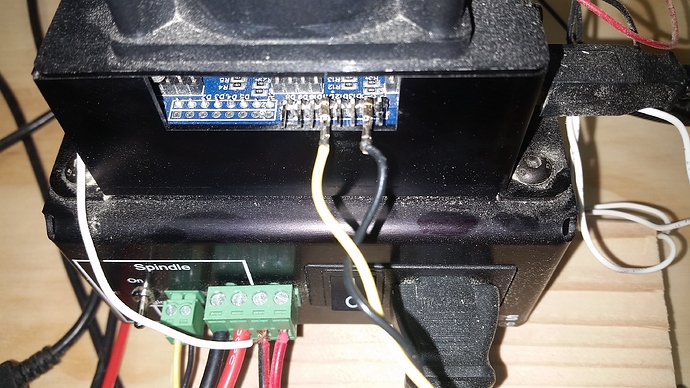 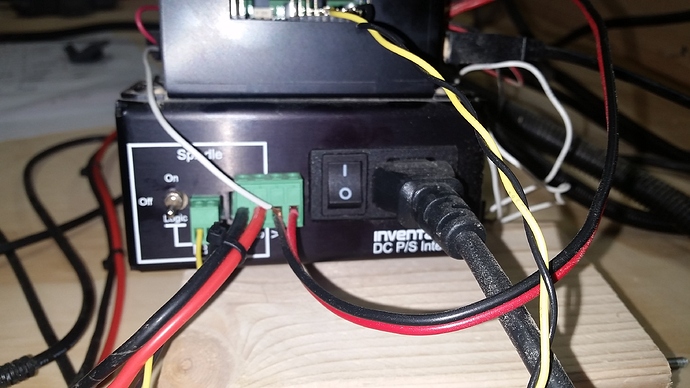 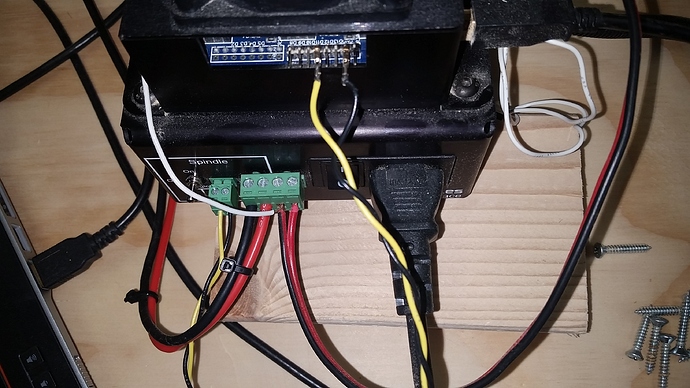 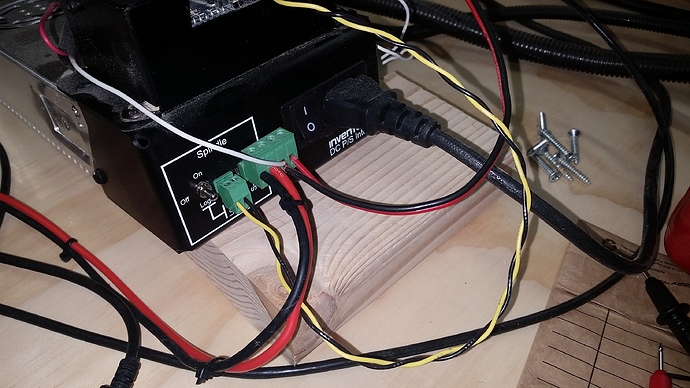 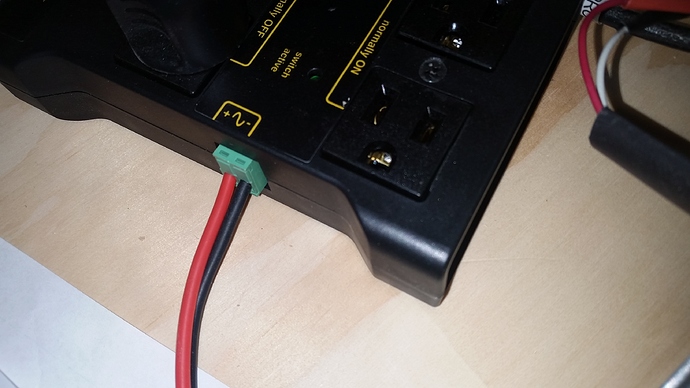 Hope these help. Mr Johnson I tried the settings in easel m3 and m5 it doesn’t respond.
Greg

That wiring is too complicated.
Since you are using a relay, simply connect the yellow and black wires from your GShield, directly to your IOT relay.
(You currently have red and black wires connected to the IOT relay).
Others can chime in, but it is simple as that.

It doesn’t show in the pictures, but I’m going to assume that you have the router plugged into the “Normally Off” position on the IoT relay.

Disconnect the yellow and black wires from the spindle input terminals on the Inventables power supply. Leave the spindle switch in the off position. Turn things on and see if your spindle turns on.

Since you are using a relay, simply connect the yellow and black wires from your GShield, directly to your IOT relay.

The IOT relay has a transistor already in it;
Current is not a problem with that IOT relay.
It’s designed to be driven directly by TTL circults and logic, such as a microcontroller.

I disconnected the black and yellow wires, spindle switch to off , cut on the power supply and the spindle started up. 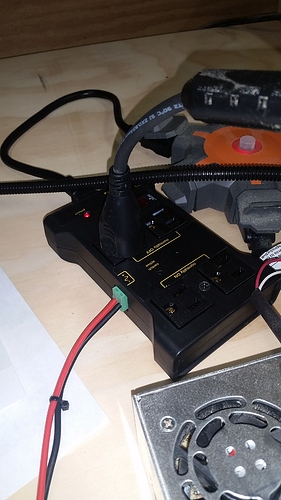 Ok, you have a bad power supply controller board.

If this works, you can use your machine that way. The part of the Inventables board that is failing will not affect any other operation on the machine.

You can get in touch with Inventables for a replacement board if you want to.

That worked I typed in the command m3 it came on and m5 and it turned off. That won’t harm anything using it like that will it? I’m still going to contact inventables, I’ll email them tonight. Thank you all for your help

That won’t harm anything using it like that will it?

No, it won’t hurt anything. In fact, since the IoT relay has a built in transistor, that’s the best way to run it.

Glad you got it working. Now for the fun.

Thank you so much, I’m going to get some more wire so I can move the relay back some. Will it hurt to run single strand wire, such as bell wire? I can’t find stranded wire around here that small of gauge?

Will it hurt to run single strand wire, such as bell wire?

If you are talking about extending the yellow and black wire it’s not critical what you use. Solid wire would be fine.

Just wanted to take a moment and thank a few folks for making my venture into the world of cnc routing…an unbelievable experience. Charlie Thomas, Robert Rieke, Phil Johnson, Kelly Hickel and a huge thanks to LarryM and Jeremy Johnstone for getting my dewalt to have auto on and off…Thanks so much to all of you!
greg