I’m thinking of getting the Dewalt DWP611, but I’m just wondering if it is overkill for the X-Carve. I don’t mind the extra cost of the 611 over the 660, but if the extra power is going to affect things negatively, then I’ll rethink my plans. Any thoughts on this…?

I know in a previous post the Inventables team talked about producing a mount for the 611 in the future, so I don’t think they think it is too strong. I think they wanted to concentrate on getting the main machines out before they started working on too many accessories.

I have a 611 that I think I’ll eventually use on a CNC. I haven’t placed an order yet, and I’m still deciding if I’ll order one of the spindles first, or try and do something to fit the 611. 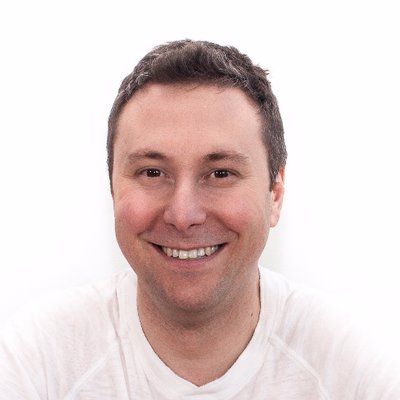 StevenSchmelling–the mount for the Bosch Colt is supposed to also fit the 611, so thats what I would be using.

It does fit but we have a new one that grabs more surface area. Check out this thread on the Dwalt DWP611 for some pics.

On the subject of AC routers vs. DC spindles - anyone have any idea if a PID speed controller like the SuperPID would be compatible with grbl and the X-Carve’s electronics? A nice closed-loop router speed controller would make one of these machines virtually unstoppable.

We actually have that hooked up to the one I’m using in the video. We’re in the testing phase right now to learn more about how well it work in reality.

Does anyone else have experience using it?

Oh, that’s awesome, Zach. Even if it’s not working 100% right now, the fact that it’s working at all is promising. I have a Ridgid 2401 trim router that was intended for a DIY CNC build that I never finished, and a nice set of machined Delrin clamps for it. Might have to see about mating those up to the X-Carve. Hopefully it won’t take more than a simple adapter plate, but if it turns out to be more trouble than it’s worth, I’ll grab one of your prefab mounts and a compatible router. And a SuperPID. And a whole bunch of new collet and bit sets. And maybe a second job to pay for everything.

In for a penny, in for a pound at this point!

Zach thanks for pointing out the other thread about the new holder. I noticed in re reading that post that the prototype of the new extrusion was expected in around this time. Has it made it in yet? And have you guys had a chance to test it out?

I know comments like the one I’m about to make could lead to you folks not being as up front in the future, but I hope that doesn’t happen. But, I’m probably going to hold out a little longer and wait for it to become available before I place an order, as long as it isn’t delayed more then a few months. I do appreciate your honesty, and willingness to keep us up to date on how the project is coming along.

I figured it was just easier to keep going in this current thread, then dragging up the older one.

@StevenSchmelling we did get a prototype in (that I was using in the video) but there is a problem where the top of the Dewalt611 hits the top plate on the Z-Axis before the top of the bracket hits the limit switch. We need to make a change to the geometry of the bracket. This change then needs to be fixed in the tool. Then we need to get another prototype to verify the change in the tool. Then we can place our production order. We’re working on it but that process doesn’t happen overnight.

On the one hand I’m sharing this info as we go, giving you a look behind the curtain. On the other hand I understand that it’s frustrating that something you want isn’t here yet and has to go through a few iterations to get it just right so its ready for prime time.

Keep in mind as noted in the other thread you can still use the other bracket for the Dewalt if you don’t want to wait until this new one is in the store.

Thanks again for the update Zach. I actually very much appreciate that all of you Inventables seem to be more concerned with getting things right instead of just bodging everything together in a hurry. If I came across as frustrated with that, I apologize. In fact, at a previous job, I used to work with US aluminum extruders, and know how long/ and expensive it can be to get one off jobs back from them, and how it can be just about as expensive again to make changes.

While I have been thinking about building/ buying a CNC router for several years (I’m a member over at Joe’s), It is only in the last month or so that I’ve been thinking more seriously about it, and the X-carve dose seem to tick most of the right boxes for me. I do think the sleeve design for the DWP611 is a better design then the block, and while I know it is not too much more to order it later, I’ll probably just wait until it is out and place the whole order at once. I’m not in any real hurry. At least at the start, this is just meant as a fun hobby, not a profession. I look forward to following this forum for a long, long time.

The part shown in Zach’s tweet is one of our, fresh off the production die, prototype parts. We only got three pieces and we are testing them. We expect to place the production order within days. We will not speculate on availability dates yet.

Just purchased a SuperPID controller and waiting on it to arrive. Will update when I am able to put it through it’s paces.

Did you by any chance have plans for a 611 mount? My spindle (the 24V) has stopped working and I need a new spindle urgently. I live in NZ, so I’ll have to commission someone to make one for me. Trying to find someone in NZ that sells DeWalt 611 too. Little desperate, and can’t wait for orders from the states as I have orders waiting.

Yes we publish the plans on the product page:

We can ship one via UPS but it will be expensive shipping. Submit a help a request to our help team for a quote.

Thanks so much @Zach_Kaplan!

By Pid controller, are you talking about using a Router Speed Control device that you plug the router into, that has a potentiometer attached to it?