BIG UPDATE: I was just informed that the interface board is open source, here is a link to the grabcad. which includes a Bill of Materials. Please reference this list when ultimately purchasing your parts. The zener on my interface board was measured as 4.8V, but the BOM lists a 5.1V. This may be within the tolerance of the zener, or may not be. I’ll leave it to you whether to follow my guide’s part recommendations or to purchase from the Bill of Materials (which I’d recommend, since the design could be updated by Inventables).

First things first- the interface needs to be able to switch between LOGIC, OFF, and ON. This is easily achievable with a cheap, low power ON/OFF/ON switch. I found a decent one here for like $2.50.

This will behave exactly the same as the switch included with the Inventables interface PCB. The center pin is common and connects to the 10kohm and 10ohm resistors in the schematic below. Pins 1 and 3 connect either to the node between the zener diode and 1.5kohm resistor, or directly to a screw terminal for the spindle enable output from the arduino. Oh, right, screw terminals. Here’s a 6 connection screw terminal to replace the two plugs on the stock Inventables PCB.

The stock design is using a single N-Channel mosfet. The 3N10L16, though that’s the marking on it the part number is IPP50N10S3L-16. Here’s the schematic for the stock interface board. 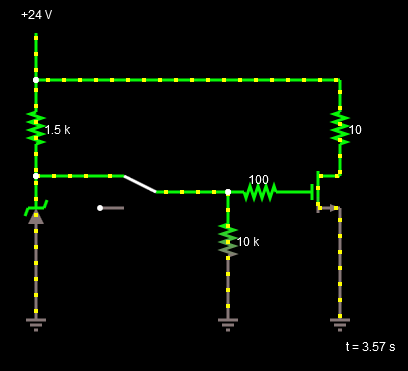 This shows the switch in the ON position. The other position would be the Arduino Spindle Enable input which would also enable the 3N. The 1.5k resistor limits current through the diode. The 10k and 100 ohm resistors are to limit noise, I guess. The 10 ohm resistor is the load- your spindle. In building your circuit, there will be no 10 ohm resistor. Instead, the Drain of your 3N mosfet will be soldered to a screw terminal for the black wire of your spindle power cable. The 24V from your power supply will be soldered to a screw terminal for your spindle’s red wire.

An important note for the 3N10L16 is that it doesn’t follow what I’d personally consider a “normal” transistor pinout. It goes, left to right, 1- Gate, 2- Drain, 3- Source. If you need more info check out the datasheet. The 3N mosfet has a maximum gate source voltage of 20V, so Inventables did something clever. They used a zener diode to regulate the voltage at the gate. I’m note sure exactly what that voltage is, but I’m guessing it’d be something around 10V to minimize the mosfet’s conducting resistance. The 1N4740A is a 10V zener available from Digikey for $0.23. Sorry, I know I promised not to break the bank. I measured the zener diode voltage while it was on and it’s a 4.8V zener. Honestly, I’d probably still go with the 10V to minimize forward resistance, but you do whatever. If you truly want to make an Inventables clone, the 1N5230BTR is a 4.7V zener, on Digikey for $0.12. 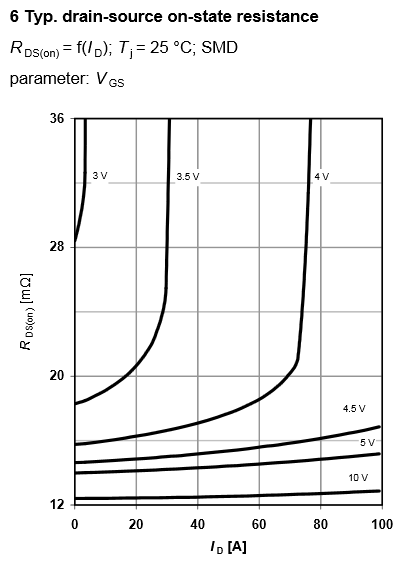 The 3N has a forward resistance of about 0.013 - 0.015 ohms at any current a spindle would see. I can see why Inventables would use this MOS- that’s a super low forward resistance. Check it out at Digikey, individual 3N’s are available for like $1.30.

I’d strongly recommend a heatsink, which the Inventables interface PCB includes. The 3M package is called TO-220. There are heatsinks specifically for this form factor available here. Pick one that suites your spindle’s needs. A forward resistance of 0.013 ohms for a 600W quiet cut spindle would mean a power dissipation of 8.125W, and you might need one of these. A 300W spindle would mean the 3N is dissipating 4.062W and would do fine with this heatsink. When you get the heatsink in the mail, take it down to home depot with your 3N mosfet and find a couple screws and nuts that’ll fit for you. Looks like either of the heatsinks I linked would do fine with a #6 screw.

The live input to the 24V power supply needs to have a switch to turn it on and off. Anything rated 120VAC and semi-high power should do just fine. Pick one that looks pretty.

I got an assortment of resistors on Amazon that have lasted me a good long while. Though I suppose you could get a kit on Digikey. Just make sure you don’t buy SMD resistors, that stands for Surface Mount Device. What you want are Through Hole resistors. If you’re super new to electronics, what you need to put all these devices together ON is a perforated prototyping board or “perf board” or “prototyping board,” like this.

Feel free to ask any questions, and good luck. Don’t let, what does that come out to… like $10 dollars in parts stop you from finishing your X-Carve build.

P.S. For a special bonus for reading the whole thing, I’ll let you in on a secret… If you fill out one of these mail in order forms for Digikey, and send a check written out for the cost of the items you want to purchase, you don’t have to pay for shipping!

If you intend to use this discussion to build an interface board for a 48V power supply, the only thing that needs to change is the heatsink selection and the 1.5k resistor. With a 5V zener diode, the voltage across the 1.5kohm resistor is 19V, meaning roughly 12.5mA of current drawn. To maintain this same current for a 48V power supply, this would need to be increased to approximately 3.12kohms; you can use a 3.3k resistor.

Well, the FOTEK SSR-40DA datasheet says the trigger current is 7.5mA, and the Arduino is capable of sourcing much more than that on a digital pin. I suppose I just wanted to isolate my Arduino from a crappy $4 dollar chinese ebay purchase. What if the SSR input terminals melted together and the digital pin on the Arduino was shorted to ground? That’s a burned up Arduino, time to replace it. And a genuine Arduino costs like $25 bucks. $25 > $4. I’ve gone back to directly enabling the SSR with the Arduino output and I’m not that worried about it. I just thought, “eh. It’s a couple wires. I might as well.” And I still support that. It’ll add a little protection to your controller for the cost of a couple wires.

Check out the comments on this Amazon page for an SSR-40DA with heatsink, LINK