I’m not sure if this is an issue with others still, but my drag chain is set up so that it used to snag on my workpieces and clamps. This was terrible because I couldn’t walk away from the machine for fear of serious damage. I have seen people say this is because the chain is mounted upside down, and this is possible, the assembly instructions at this point were a little confusing. My first quick fix, however, instead of taking the drag chain off, was to tie a string from the center of the chain to the ceiling. This worked great, no issues, until I began to attach a vacuum using a top mounted clamp. The string was getting all snagged on the mount so this was no longer a viable solution.

Here comes the ridiculously easy solution. I noticed the way the links behaved and wondered if a zip tie pulling a few links together would lift the chain enough to solve the problem. Turns out-- it did. A zip tie on the first two links holds the chain completely out of the way. How easy! 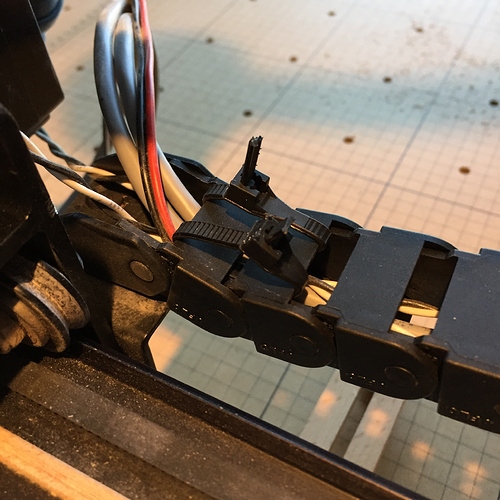 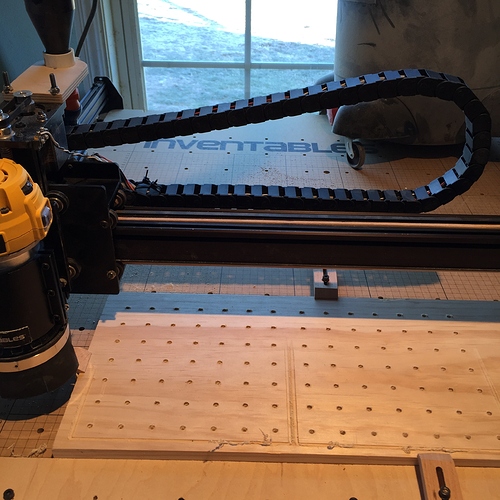 Wow… that is very simple. I’ll be doing this one very soon

Dude, that’s AWESOME! I just popped a pair of them on mine, I staggered them across two links. This is the first time the darn thing has been where it belong since I finished assembly!

Another fix I realized as a result of another fix is to zip tie the routers power cable to the drag chain. This gets the wire out of the way and has a side effect of reducing droop.

Yep, especially on some of the earlier units, it was not at ALL clear which end had to be where. Resulted in a lot of people having the chain back-to-front, with the only option being to un-wire the entire drag chain (which is a pain, since all of the Z-axis stuff goes through there too) if you wanted to fix it. This is friggin’ brilliant!

Fantastic works great Thanks for the tip…

Wow… now THAT is a really simple solution!!

Just did the same to mine, and the difference is remarkable. On my 1000mm version, the drag chain drooped enough to rub on the X Axis motor, and when far left, would actually droop down enough to touch the waste board.

After installing these two small zip ties, all is right with the world (and i think i went overboard, as now the drag chain is tilted up… lol)

I hadn’t seen this solution or I would have tried it before I did this:

There’s another sort of quick hack if you don’t want to swap the ends: just stick something under the bracket, like this:

It’s not great, but it seems to be doing the job OK for now. I used M4x16mm screws since that’s what I had lying around.

Another great solution here on the forum! I actually have the same thing happening, so next time I’m out in garage, this is first on my list! Thanks for sharing!!

I just wanted to share my solution which is to drill a new hole in the drag chain bracket so that the bracket slopes upward (images below). I would not have chosen to make it so dramatic of a slope but I wanted the new hole to be sufficiently far from the original so that it did not end up being a slot 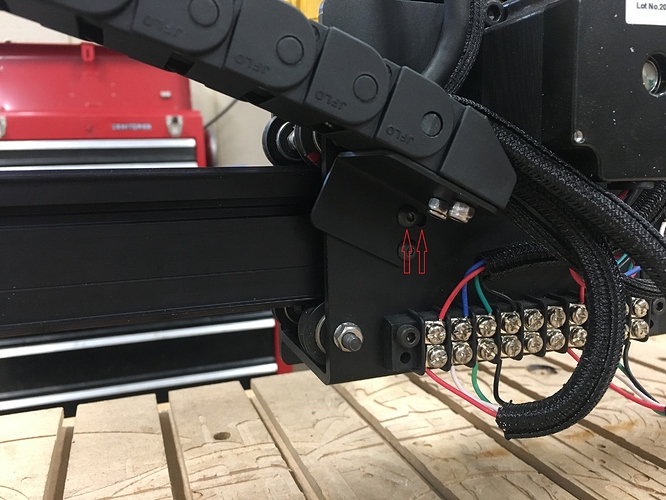 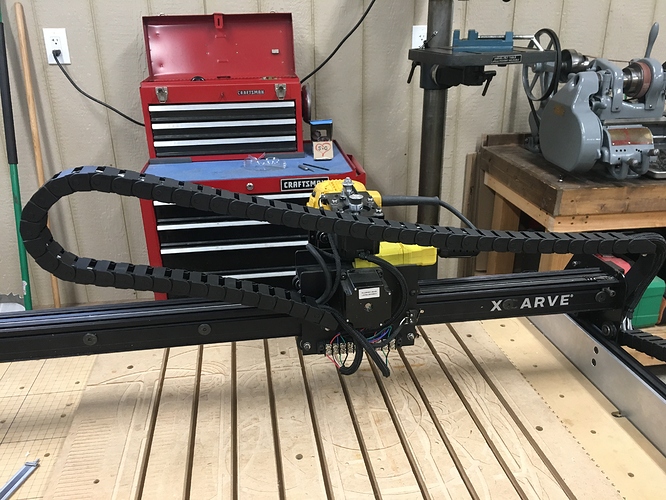