Are you using momentary switches where you must hold down? Or does the Grbl do the switching? Sorry, I’m a noob!! 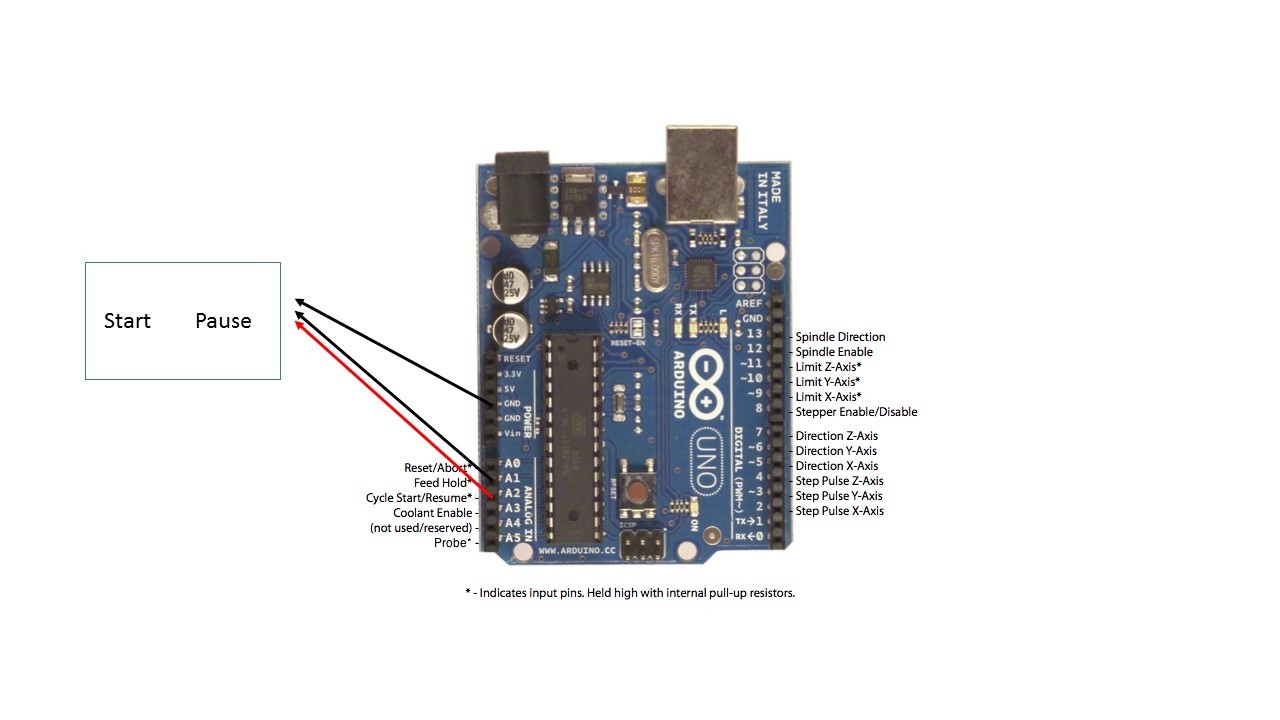 What’s the delay time after releasing the momentary?

Duh! I think I got it now. The stop opens the circuit and it won’t close until the resume is pushed and the delay is satisfied?

The big red stop buttons are wires to the main power line and they lock closed when pressed so they can’t ge easily opened again by accident.

For the other switches stop/hold/resume such as those on the pendant they should be momentary buttons. Pressing the buttons sends the pin HI on the arduino and the software stops everything. After a stop you need to type into the computer to resume and tell it everything is alright. The feed hold is also momentary, again triggering the soft ware to pause. I assume the stop on the pendant is a feed hold. After a feed hold you can resume again with just a press of the resume button. Resume again momentary. The buttons really just send a brief signal for the software to interpret.

As for the delay, the abort/stop button is an instant stop. Feed hold is a slower stop because the software ramps down the machine speed so it doesn’t lose spindle location.

Yea im looking to implementing the Estop which kills everything. The main question i had was how to wire it up since it has 4 terminal connections on it.

It has one normally-open (NO) contact, and, one normally-closed (NC). Wire the NC contacts in series with a power supply wire,

I received e-stop today, installed in a small box I had one. Basically two wires from wall plug goes to green and orange side, output wires from other side of green and orange going to power supply. Simple system. When you hit the red button, it cuts the power completely off, you have to twist knob to clockwise to engage power back again. I don’t know any other connection way or any other reason. Honest opinion; any power switch on easy to reach location does the same job. But one thing sure, cutting full power with quick pressing red button of course giving more secure feeling. Just my opinion. 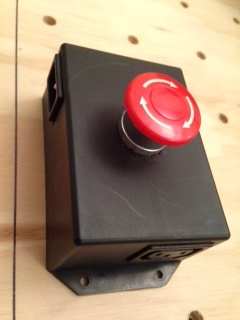 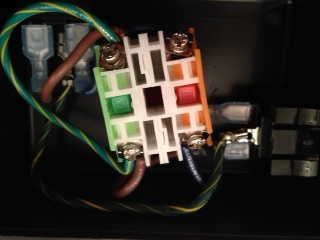 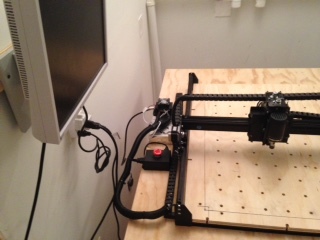 Does the arduino/grbl thingamajig not support normal e-stop wiring?

thats a cool Estop box. May i ask where you got it please?

That was on hand for long time, I really don’t remember. But I’m searching, as soon as I find I’ll let you know.

Thanks did some searches but cant find anything close to the one you have.

Is it better to cut all power to the machine, like you did here or to do something like THIS? Can one way damage you electronics?

I found the easiest and best way was to take out the two wires from both the V+ and S+ on your power supply and run two new zip wires (one from each) to one side of the orange on the switch and on the other side run two more wires from the switch to the original zip wires that were plugged into V+ and S+. works perfectly and easier than messing inside with the arduino and grbl shield. As for

Is it better to cut all power to the machine, like you did here or to do something like THIS? Can one way damage you electronics?

What ever stops both your spindle and stepper motors is all that matters. you press it for an Emergency…

That’s it, key word is Emergency. Shot everything off. No complications. Also helping to move head back and forward/up and down without power. I’m pressing that every job finish. Arduino getting power from USB anyway, it’s not loosing position.

I concur with @BrianSaban on routing V+/S+ through the E-Stop. The reason this works is because those are physically connected together anyway. The S- routes through a MOSFET for PWM control of the spindle, so make sure to still plug the spindle black wire into S-.

I am ordering switches and setting up my machine for pause resume and emergency stop using the info provided in this thread. The part I am wondering is if there is a way to make the E-stop button give the same reaction of clicking the X in Easel to make the machine abort instantly and re home instead of killing power?