Can someone help me make this shape cutting board in easel. I tried doing an image trace with no luck. I Can’t figure out how to make the inside corners 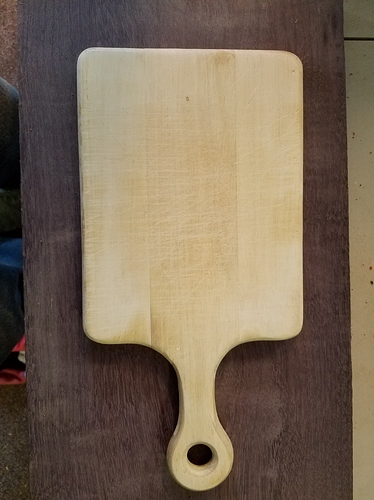 @ArthurPollack has the right ideal. it would be easier to design in a vector program like Inkscape.

But if you must design in easel then measure how large your board is then make two squares… select outline then place them together and select combine. this makes the basic shape. insert a circle make it the size for the hole and leave it as fill. place circle in handle.

Now double click on the board and you should see some nodes. (little circles) click on the ones that you want rounded and then click on curved under the editing dialog then you will notice to handles (little lines with circles) when you click on them and move them they will control how much your curve will make. manipulate these until you have what you want.

I will post a crude one that I done in easel in about 2 minutes, it really is not hard when you try but I would like for you to make your own so you can get used to doing these task. 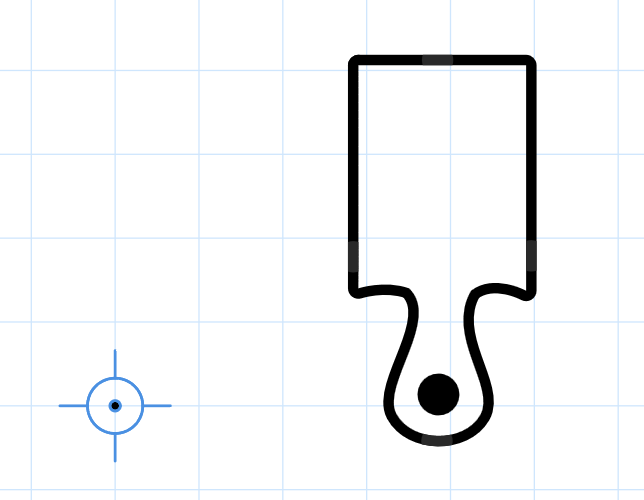 I meant to include this link: 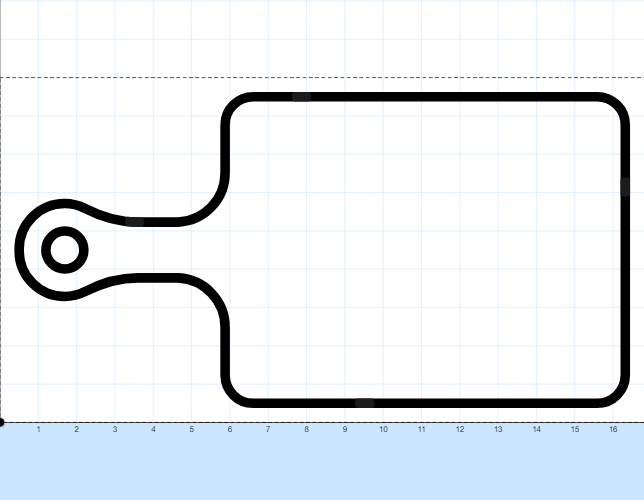 Thank you very much. It came out perfectly. What program did you use to make the svg

No one learns a thing when you design a project for them!

You’re welcome. I used to use Illustrator a lot years ago and only started using Inkscape about a year ago when I got my xcarve. I can relate to the struggle of trying to get the curves symmetrical and tangent to the edges. I used Inkscape to make the cutting board, its an open source program (free). Anything that involves Bezier curves I find easier to create in Illustrator or Inkscape (vs Easel) because I am more comfortable in that environment. The learning curve is also not very steep, there are a lot of good tutorials out there.

Even worse, they keep coming back for more.

Teach a man to fish…

I am not much for drawing anything but straight lines and text so i thought i would try it. It turned out alright but not exactly what i was wanting. http://easel.inventables.com/projects/Wqk49B8ctc38WIrE-CTFNg

Ok let me back up a bit. I should have added my easel file that I have been working on. I made a rectangle with rounded edges for the main part and a second rectangle for the handle. Then I pulled the nodes to make the lines curved. I guess in reality is, Is there a way to make the same exact changes to the nodes on both sides of the handle. You can tell that each side is different in my file and that wont work. I am trying to learn the easel software. 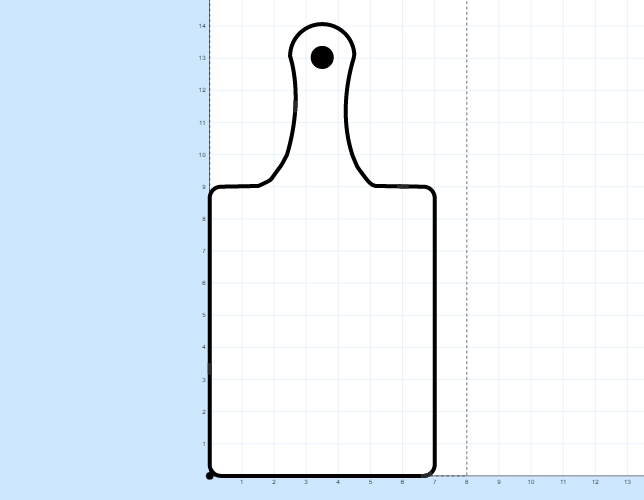 That’s a nice shape, not exactly the same but I like it. I am replicating my Aunts board that was her great grandmas. so she wants it as close as possible. I was going to use a template bit on the router but I figured CNC would be more fun.

@ScottFolckemer
You’ll have to share the Easel project publicly for anyone to see it.

Yours was more like what i was going for but i could not just round over the corners. I would end up making it fatter and then reducing it down.

Looks like you just did not center the handle up to start with.

@ScottFolckemer you say you designed that in Easel?? how did you get so many nodes in it? when I make a square in Easel it only has four nodes. it looks like you started with a picture file (.bmp or.jpg) from an image and imported it into Easel.

You would be better off designing it in Easel completely or using a vector image like .svg or .dxf that was completed to your specs within the vector program then imported into Easel.

Just throwing it out there for you in the future. much easier to make the image symmetrical this way.

@KennethConnell1 This shows my progression. I started with 2 rectangles with different radius rounded corners (second cut). I started moving curved nodes to get a shape close to what I wanted (cut #3), then I combined them and it gave me tons of nodes. I really don’t have a clue what I’m doing, just starting out. I’m going to have to learn inkscape as well as easel.